I received my 12 day of Cardmas gift from David of Tribe Cards and opened on Christmas day.

As I have mentioned in the blog bat around and elsewhere, I am interested in collecting cards representing games I have been to. I collect primarily baseball. Consequently I have (or had) very few cards of players that I have seen play in the other sports. I let Dave know that I was interested in cards from a couple of football and hoop teams that I had seen. And he did a real nice job. Ok, I hope I got the categories right and everyone get ready to sing the song. Lets have a look. 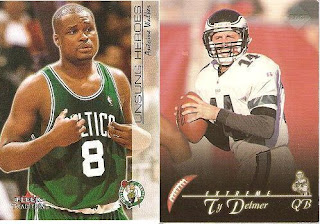 and a Serial Numbered Viking 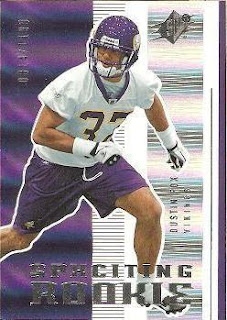 Thanks again to Dave. As you can tell, this took a lot of work and Tribe Cards got plenty of requests.
Posted by deal at 11:44 AM