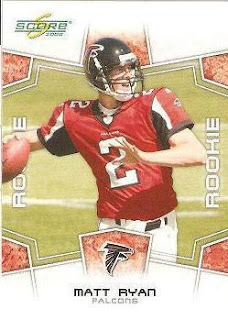 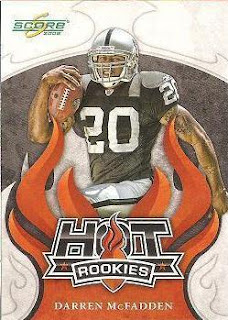 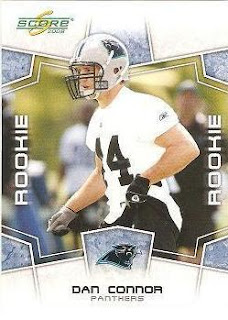 Overall this pack didn't do much for me. I liked this pack better than the Jumbo I got from Topps simply because I got some Vikings. An injured and a benched Viking, but it’s better than no Vikings. There were two Penn State Alums in the Pack Connor and LJ. I picked this pack for the cover card of Matt Ryan, a local product that I wanted a card of and was happy to find. Between this pack and the Topps pack I haven’t gotten any Eagles. 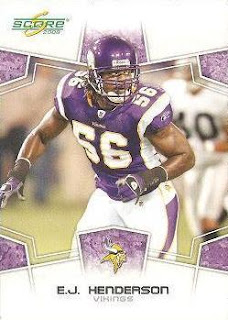 The pack was a bit light on star power. Football definitely isn't my thing card wise, unless the Vikings win a playoff game, I may be done with football cards for 2008.

I would also like to remind everyone that it is Sunday and that means it is Spot the Sig! day. I expect to have a post up around 9:30pm eastern.
Posted by deal at 11:16 AM