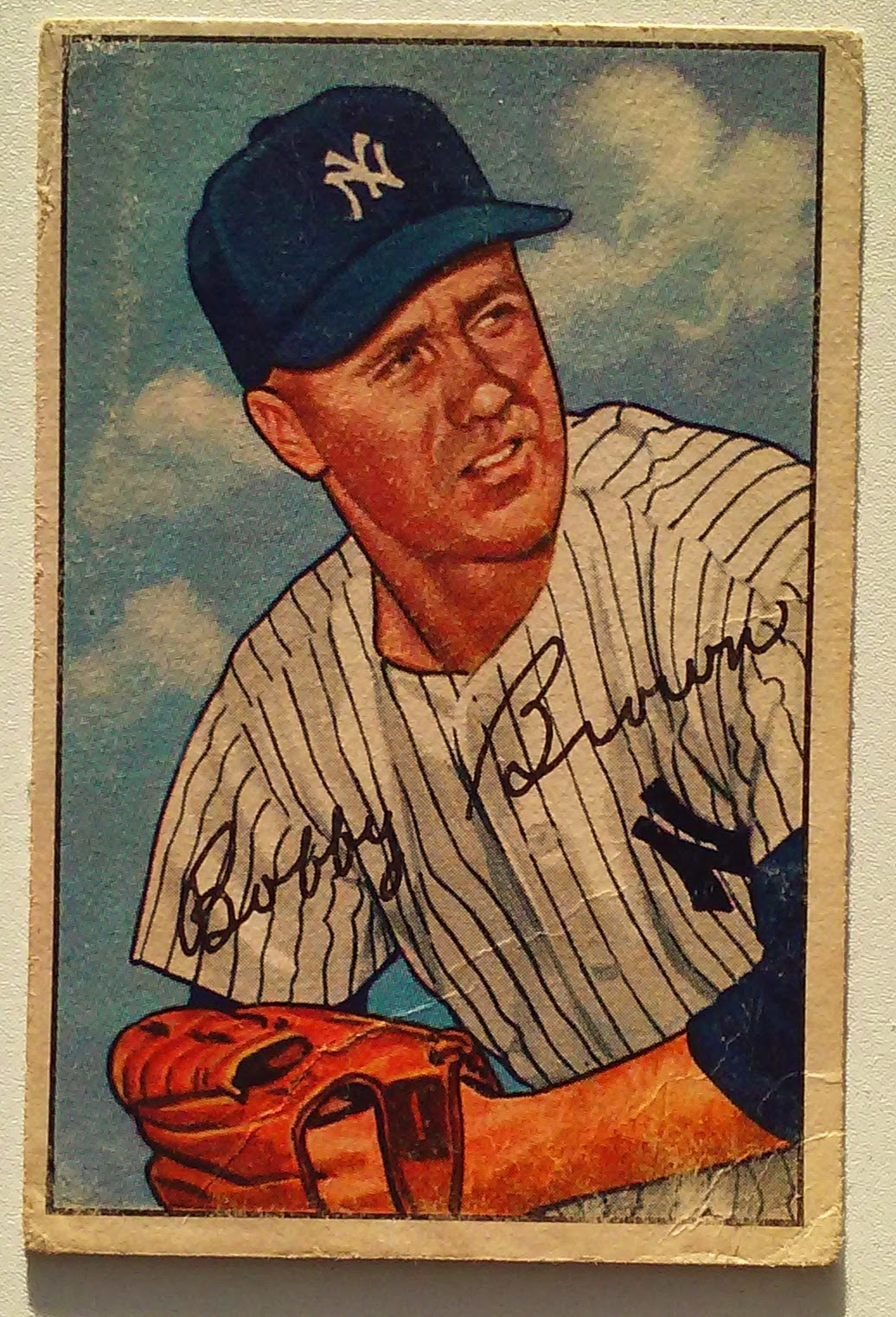 Former AL President Bobby Brown never had a Topps card issued while he was playing, but he does have a couple of cards on the Bowman checklist including the 1952 set.

Its interesting to see Bobby Brown's facsimile signature on his 1952 Bowman Card, presumably from a contract he signed with Bowman around 1949. And then take a look at the UD card from 2009 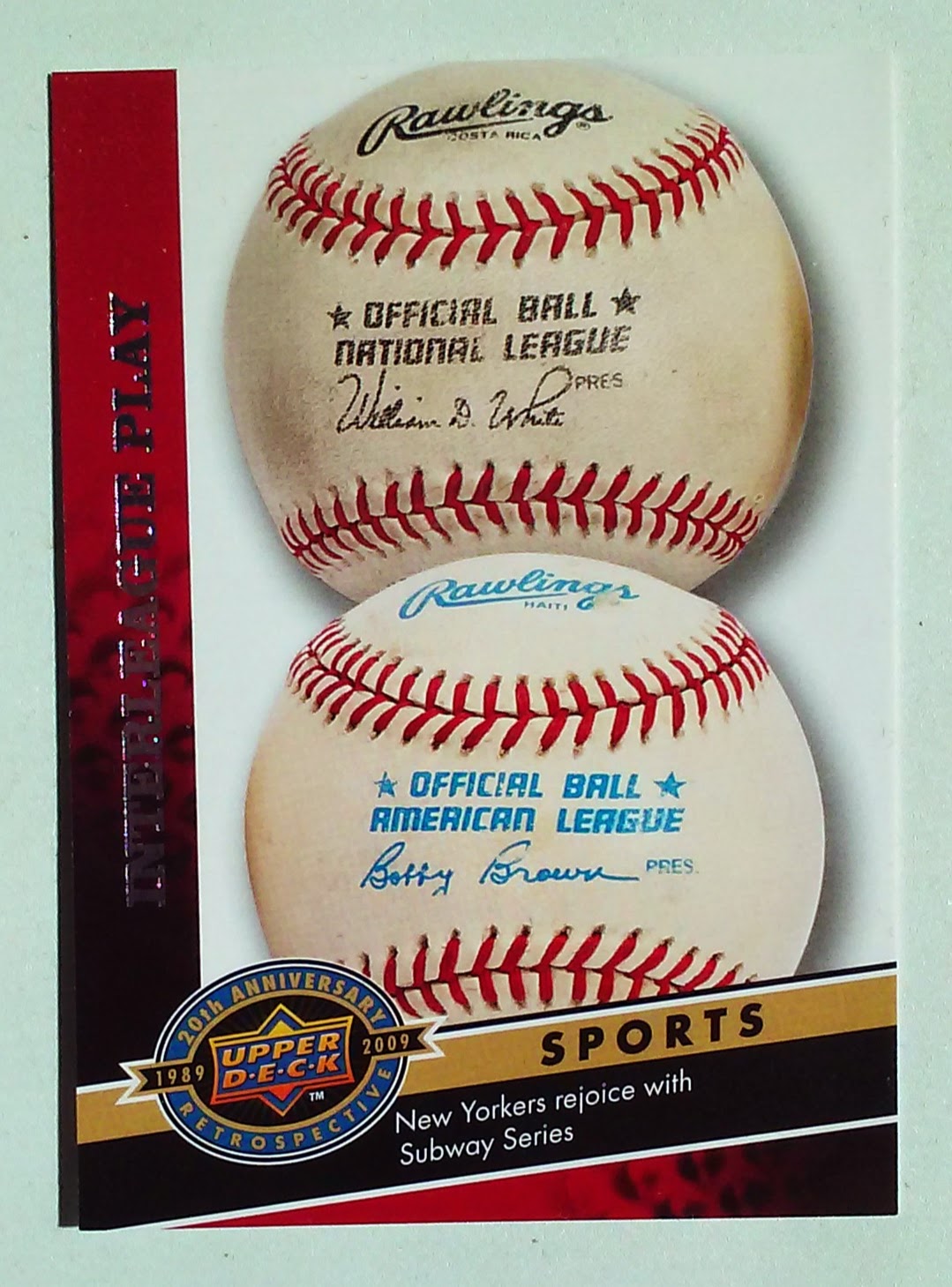 2009 Upper Deck 20th Anniversary #1014 Subway Series/Interleague Play
The lower baseball has Bobby Brown's signature as AL President. He took office in 1984 which means there is roughly 35 years difference in the two signatures. I am no handwriting expert but it is interesting to see the similarities in the two autographs. 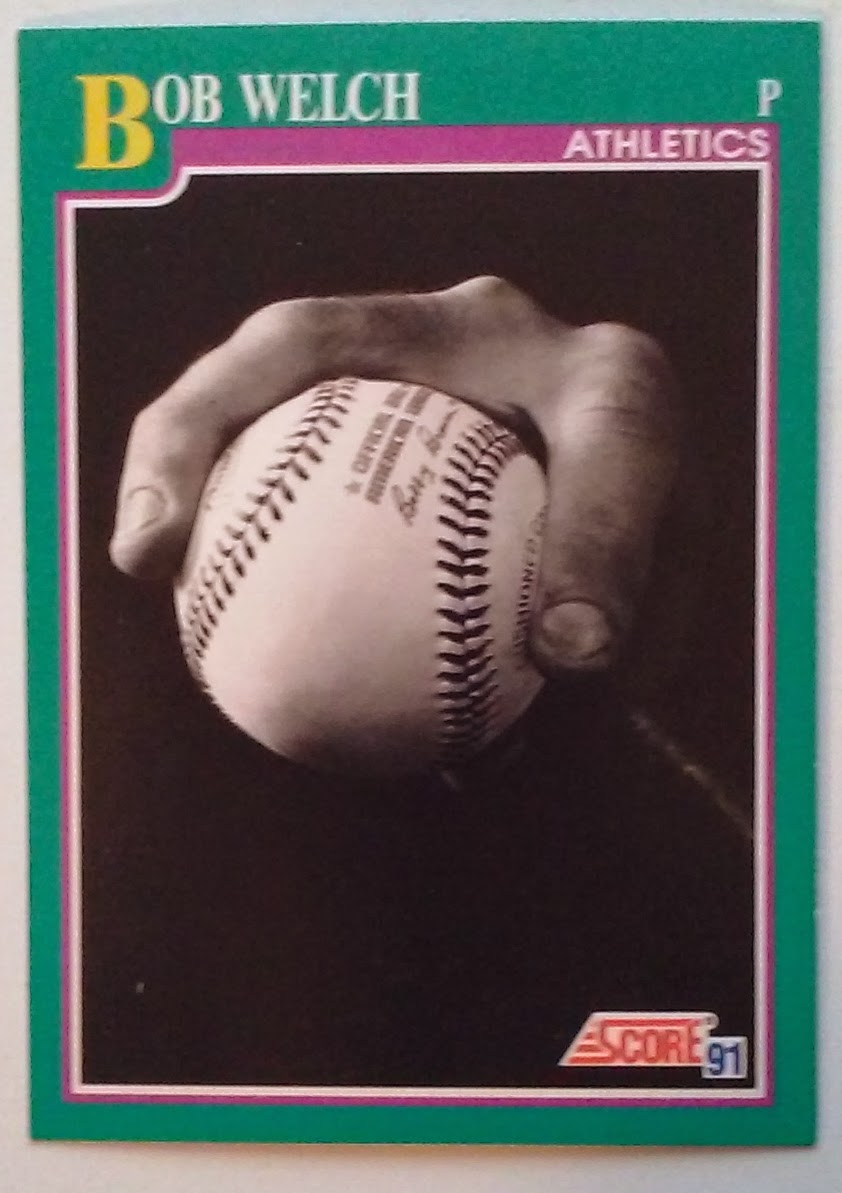 While most of the 1991 Score base set is a bit tired, the cards are so overproduced they can be found EVERYWHERE, there are a few interesting cards spread throughout the set.

There are a lot of subsets within 1991 Score, plus there are base cards like the above Bob Welch gem. The close up is used to display Welch's grip on the split-fingered fastball. In an 800 card set the image jumps off the page. An interesting nuance one may never think about, unless they are checking in on the differences in Official MLB Baseballs, is that it is an Official AL ball of the era signed by Bobby Brown.

So we have found at least two baseball cards that are so detailed that we can see one time AL president Bobby Brown's signature on the horsehide. 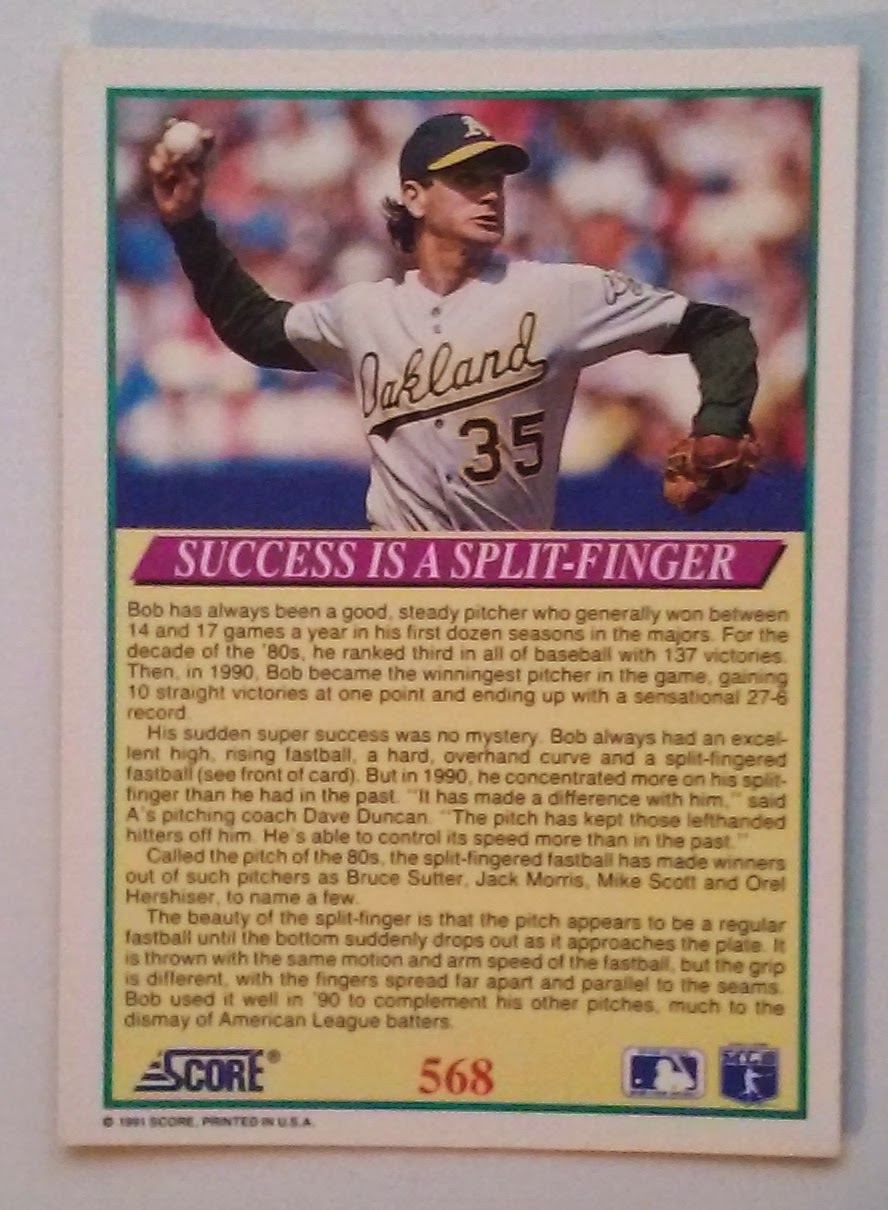 For those collectors that are dismayed that there isn't a player photo on the front Score did put a nice action photo on the b-side. In addition to the pix there is a nice synopsis of Bob Welch's experience with the Split-Finger. Sorry about the blurriness here, if you click on the photo it should enlarge and be a bit easier to read.