Twenty Five Years ago Nolan Ryan who had already tossed a Major League Record FIVE no-hitters was working on his sixth.

It was an Opening Day Game for the Texas Rangers who were hosting the Toronto Blue Jays.

Unfortunately Bobby Valentine had to remove the future Hall of Famer after just 5 innings and only 91 pitches. 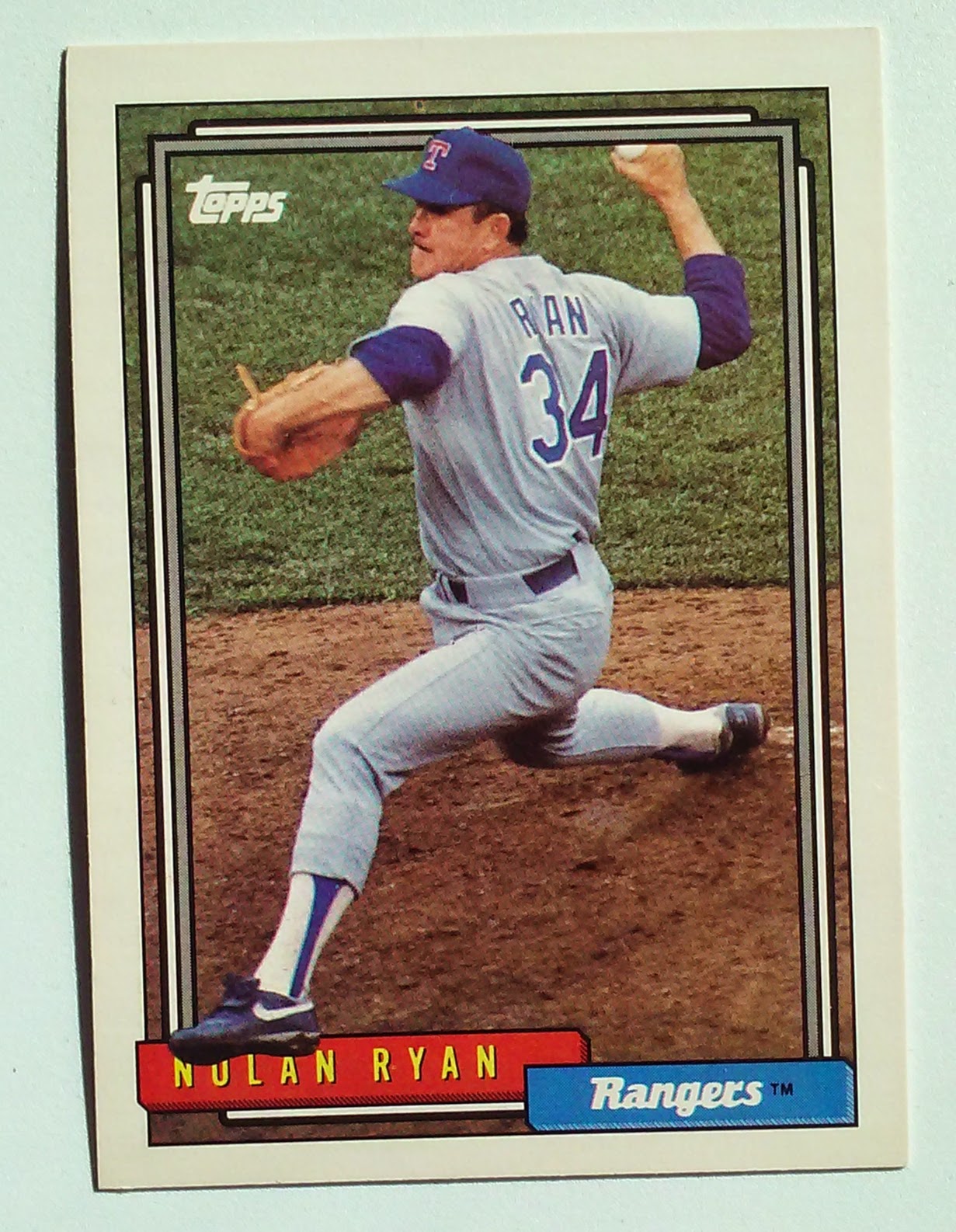 One may ask how could anyone like Nolan Ryan who still advocates lots of throwing (as opposed to limiting innings) could let himself get taken out after recording just 15 outs.

There really was no other decision for Bobby Valentine. 1990 Year of the No Hitter
This is just an Appetizer for this years planned subset series "1991 Score No-Hit Club".  A card set that commemorated the nine no-hitters pitched the previous season. 2015 marks the 25th anniversary of that season.

In addition to taking a look at each of the nine cards in the subset, we will check in on near no-hitters and other related events.