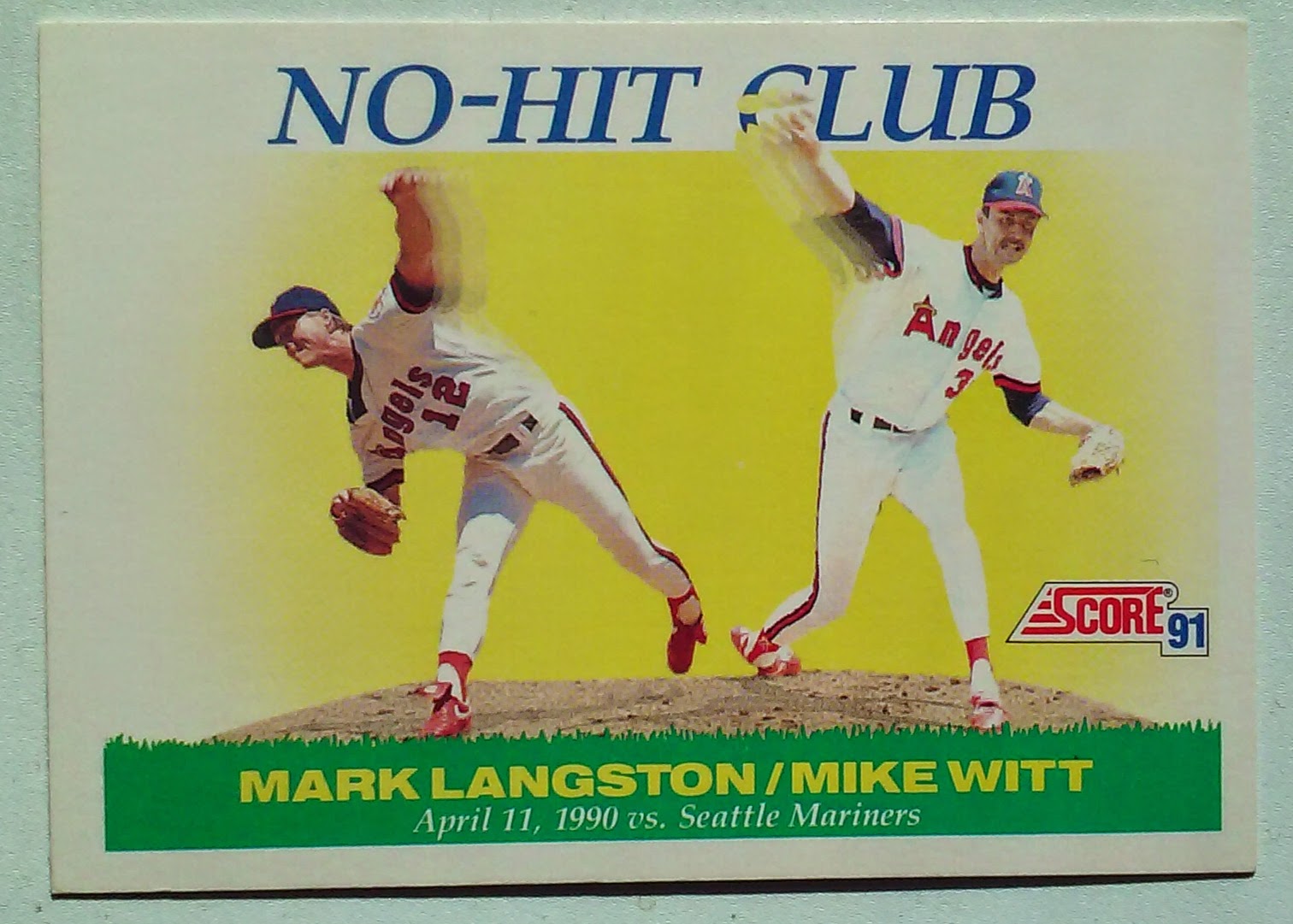 The California Angels were playing their third game of the 1990 Season when they sent out Free Agent Acquisition Mark Lagnston for his first ever start for the club.

Langston came through in his team debut in a big way.

He no-hit his former club, the Seattle Mariners for 7 innings but, Like Nolan Ryan two days prior had to leave the early season game. In fact the game was still knotted at 0-0 when Langston finished his day. Fortunately for him and the Angels, they would score the in the bottom of the 7th.

The Angels also had a no-hitter secret weapon. The Langston signing had left them with an extra starting pitcher, relegating Mike Witt to bullpen duty. He was a nice piece to have in a no-hitter because he knew what it was like to pitch one. Witt authrored the Angels most recent previous No-No, A Perfect Game versus the Rangers on September 30th 1984

Witt had no trouble finished off the game easily retiring all six batters he faced including a strike out of 2016 Hall of Fame Candidate Ken Griffey Jr for the final out.

1991 Score No-Hit Club
The Langston/Witt No-Hitter card is part of a 9 card subset in 1991 Score. This is the initial offering in the set, but it appears somewhat different then the remaining cards due to the use of two pitchers.

We get both pitchers on the front of the card which is presented landscape style to accommodate the photos. The remaining eight cards in the set are all in the traditional portrait format. 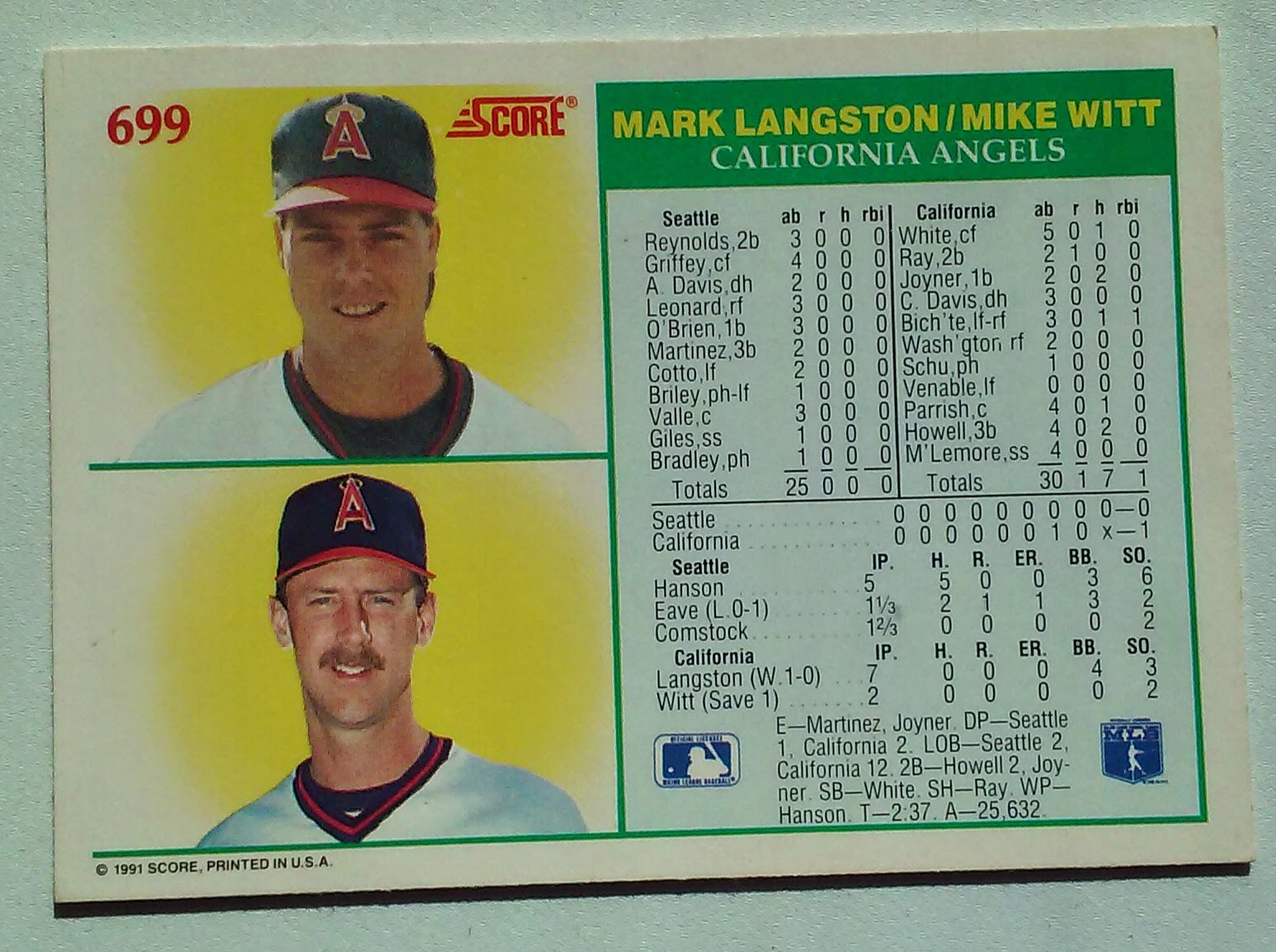 The Flip side of each card contains a head shot of the pitcher (two pitchers here) along with a box score for the game.

Interesting Box notes here include that Opposing pitcher Erik Hanson had his own shutout going before being lifted. In addtion to the aforementioned Griffey Jr the Mariners lineup included career .312 Hitter Edgar Martinez - back when he was still a third baseman. The Ms catcher was Dave Valle who would just miss being on the good side of a no-hitter a few weeks later.

The Angels catcher was Lance Parrish who previously caught a Jack Morris No-Hitter as a member of the Tigers. Between his Tigers and Angels years Parrish spent a couple of unremarkable seasons with the Phillies in which he did not catch a no-hitter.