The Northeast is emerging from a long cold winter and baseball on a beautiful Sunday is a very welcome sight. Team Phungo was very excited to make it out to an Opening Week Phillies Home Game versus the World Series Favorite Washington Nationals. 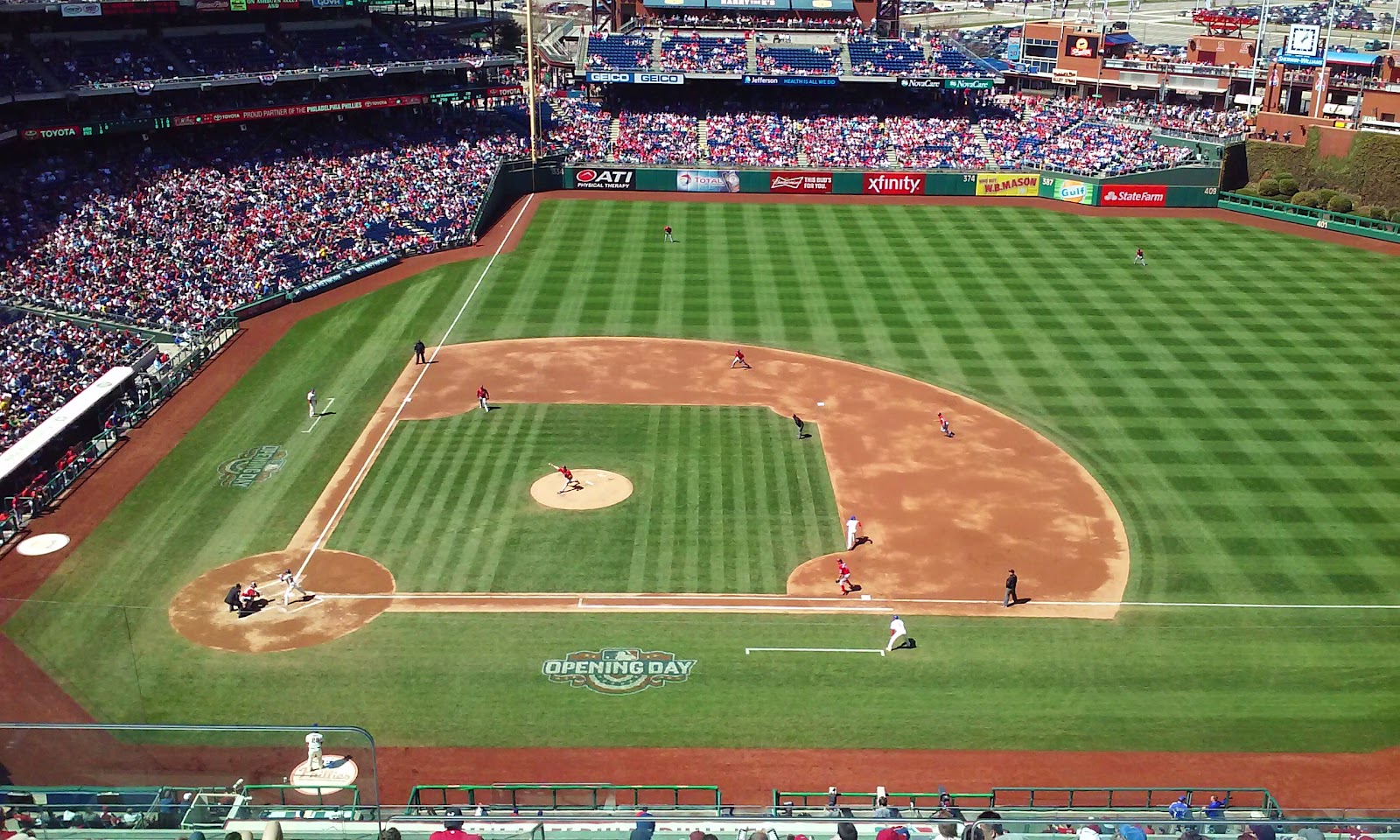 The Nats may be the World Series pick. However it was the Phillies who took the opening two games of the series and entered the day 2 games up on the Washington Squad.

Unfortunately the Phillies were unable to complete the sweep.

It has been almost a week since Opening Day but the logo was still visible, albeit a tad faded. 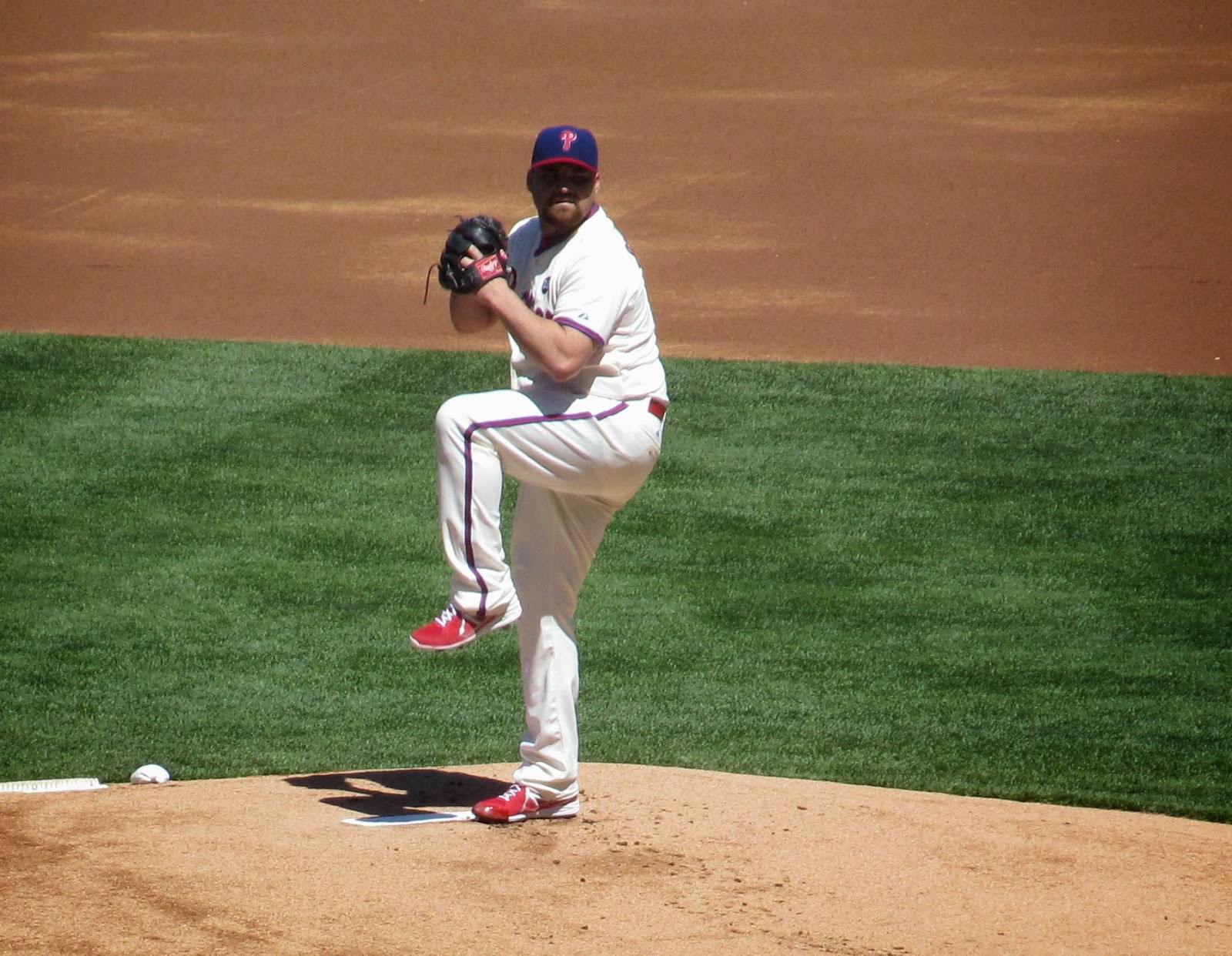 O'Sullivan was called up to make the spot start for the Phillies and will likely stay in the rotation until the Phils off-season acquisition Chad Billingsley is ready to pitch again. 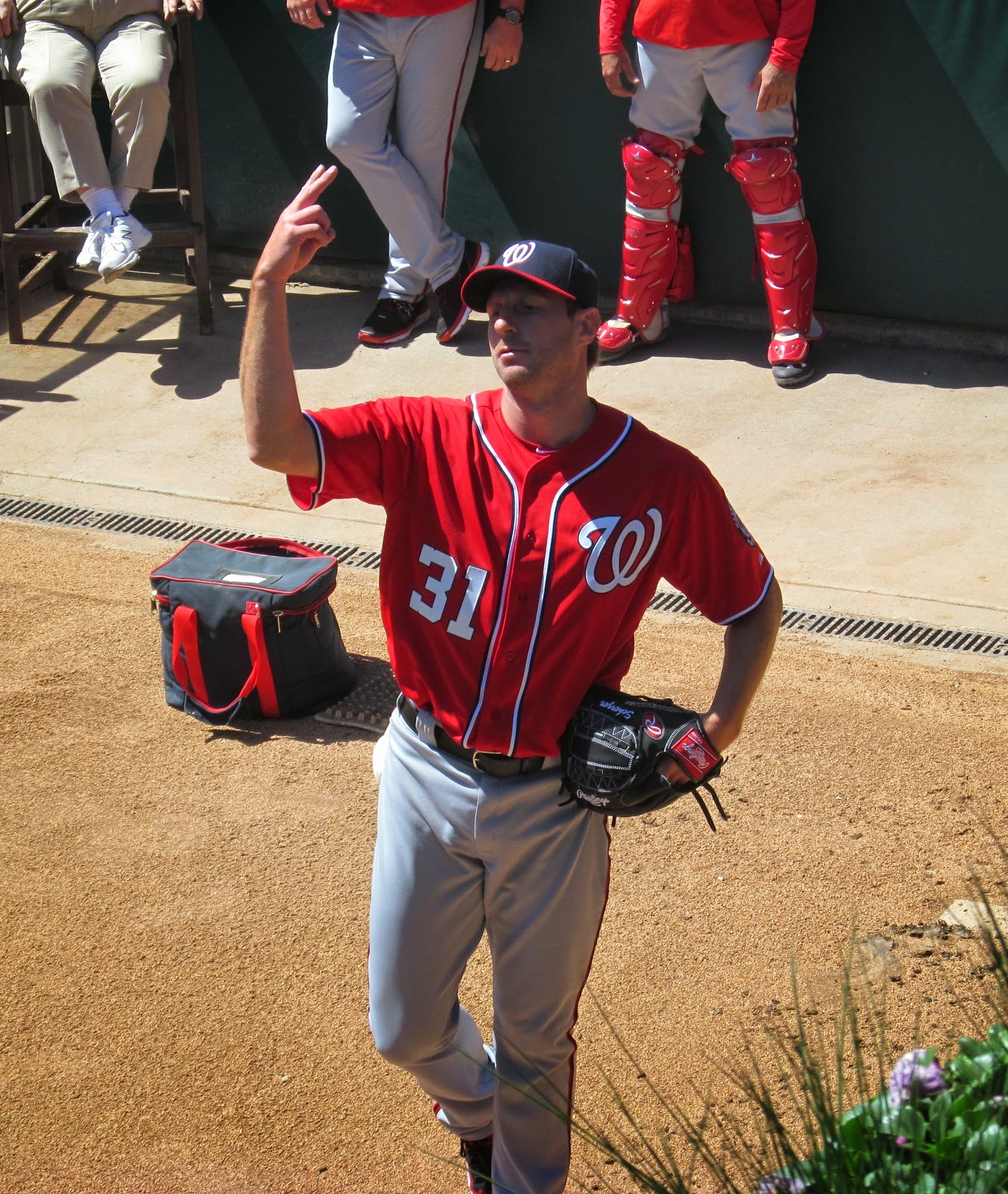 The Nats big Free Agent signing this winter was Max Scherzer, So far he has pitched very well in both his starts but due to poor offensive support he has not been credited with a W in either start.

Scherzer appeared very upset throughout most of his pre-game bullpen session. Not sure if he was really unhappy with himself or if this is some sort of technique he uses to get himself fired up. 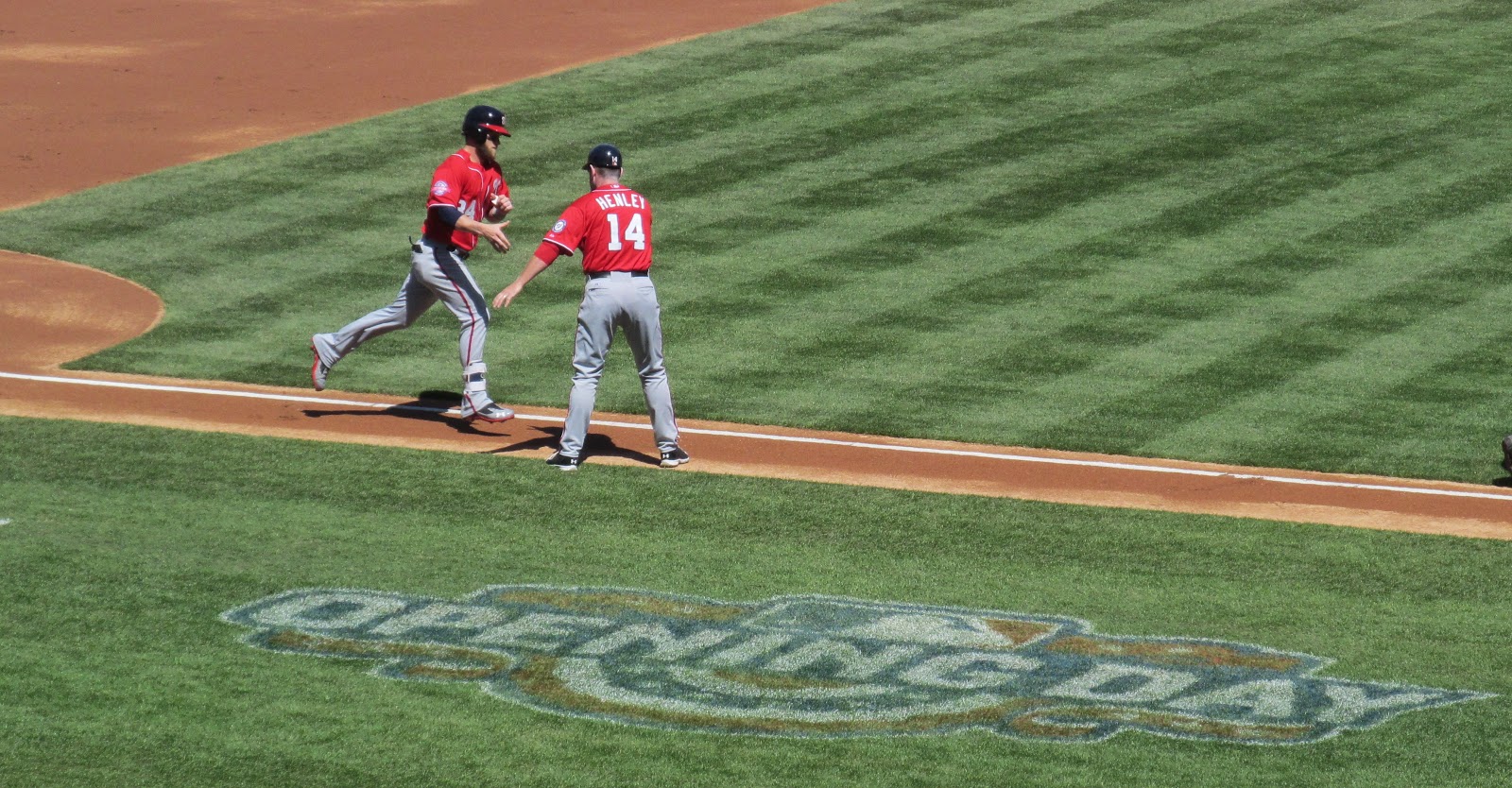 The biggest blemish on Sean O'Sullivan's start was giving up a first inning Home Run to Bryce Harper. 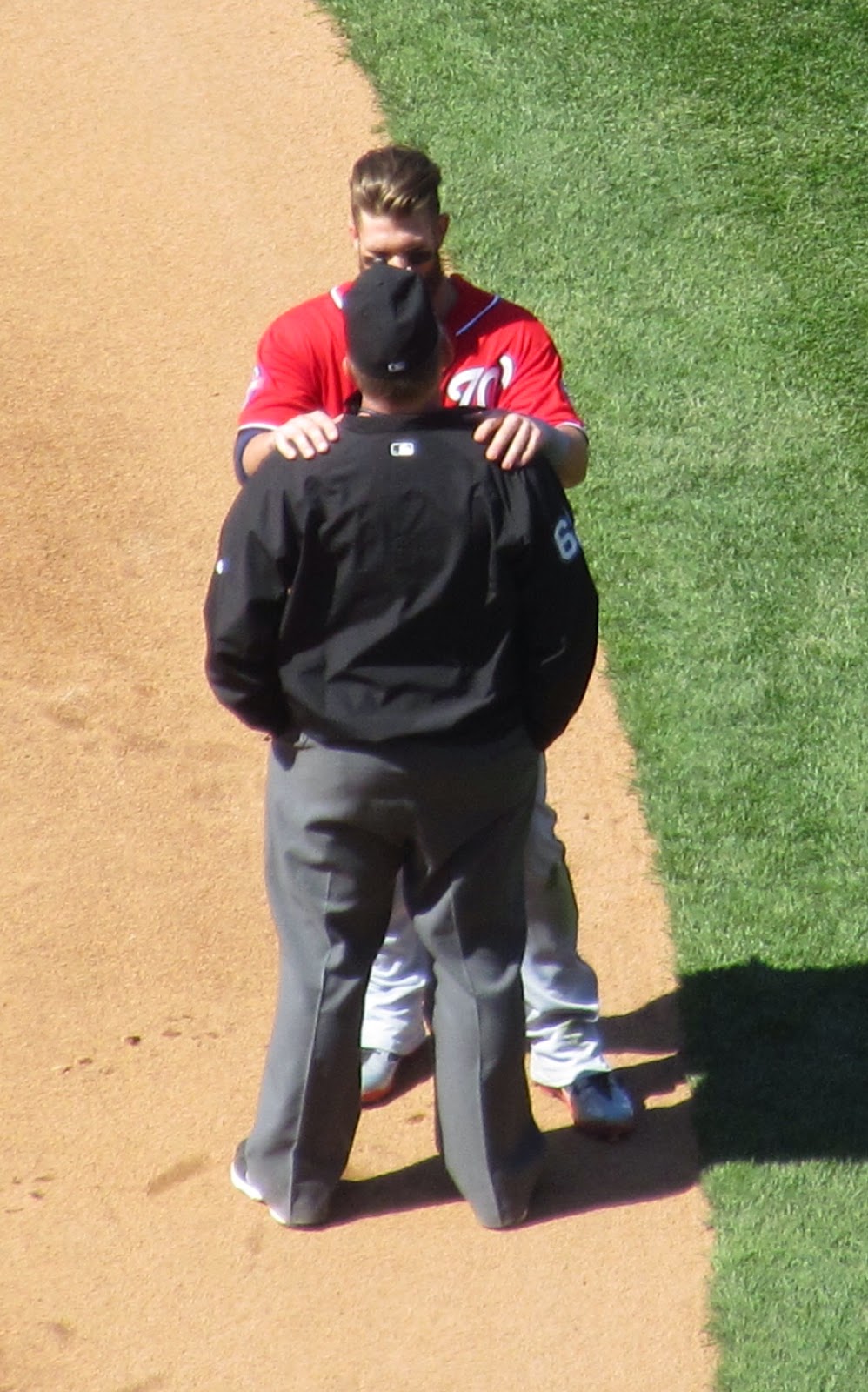 We happened to capture this strange moment between Bryce Harper and Umpire Bob Davidson. Not sure what was going on here. As far as I know there was not a controversial play or other craziness that the two would be discussing.  It just seemed very odd for Bryce Harper to be putting both his hands on Bob Davidson's shoulders.

The sole offensive outburst for the Phillies was a Pinch Hit Homer by Darin Ruf.

This years Line Up cards are the same in-hous design the Phillies went with in 2014. Here we have two of the new cards for 2015, Jeff Francoeur, Odbuel Herrera, along with Cesar Hernandez.