Regardless of a teams prospects Opening Day is always a reason for me to celebrate. It is the emergence of spring, the promise of Summer and the return of baseball. I am a fan of the Phillies but also more importantly a fan of the game - this certainly helps makes leaner times for the local nine much more bearable. 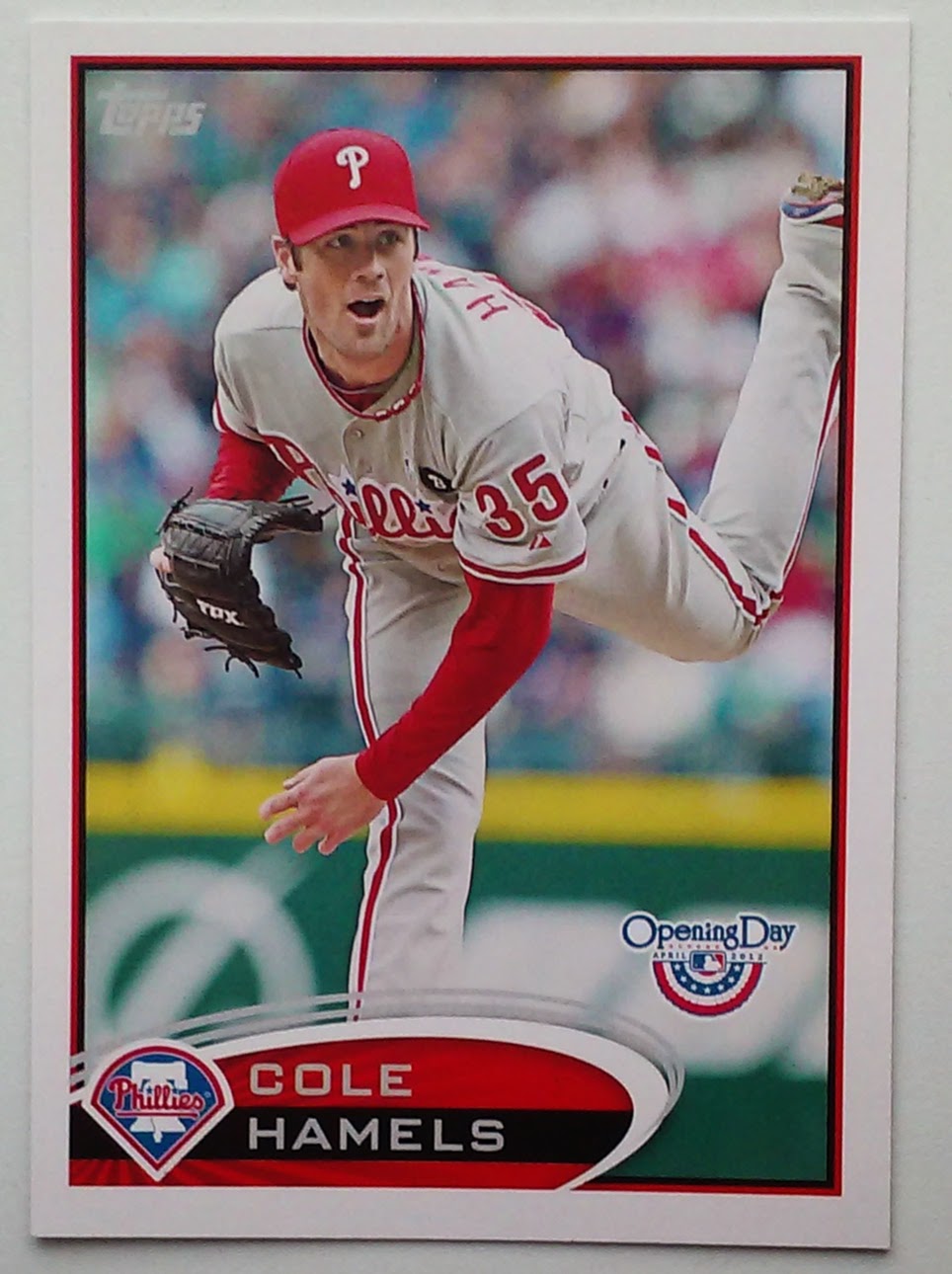 Today is a fairly attractive game in the 162 game marathon that is a Major League Season. Not only is it opening day, but you have a marquee opponent in the Boston Red Sox. In addition both teams are sending out their aces, although the Red Sox #1 Clay Buchholz is coming off a rather poor season.

The Phillies don't appear to have a lot to look forward to in 2015, however I expect big things from Cole Hamels. Here is hoping that Today is the first start in a Cy Young Season for the Phillies Southpaw.

For the most part I don't get Opening Day as a product. I don't see it as any more budge conscience than flagship, packs are half as much but have half as many cards - thats a push. You do get a handful of images of cards that we won't see until S2 which is nice. The most appealing aspect of OD is that you can build the complete set at less cost simply because it is smaller. I have never analyzed the checker but I assume it has a decent cross section of veterans and rookie sensations.