Bosox and Yankees return to Sunday Night Baseball tonight. To mark this years matchup of the two rivalries we take a look at a Yankee that I believe to be under-covered by the hobby, Whitey Ford. 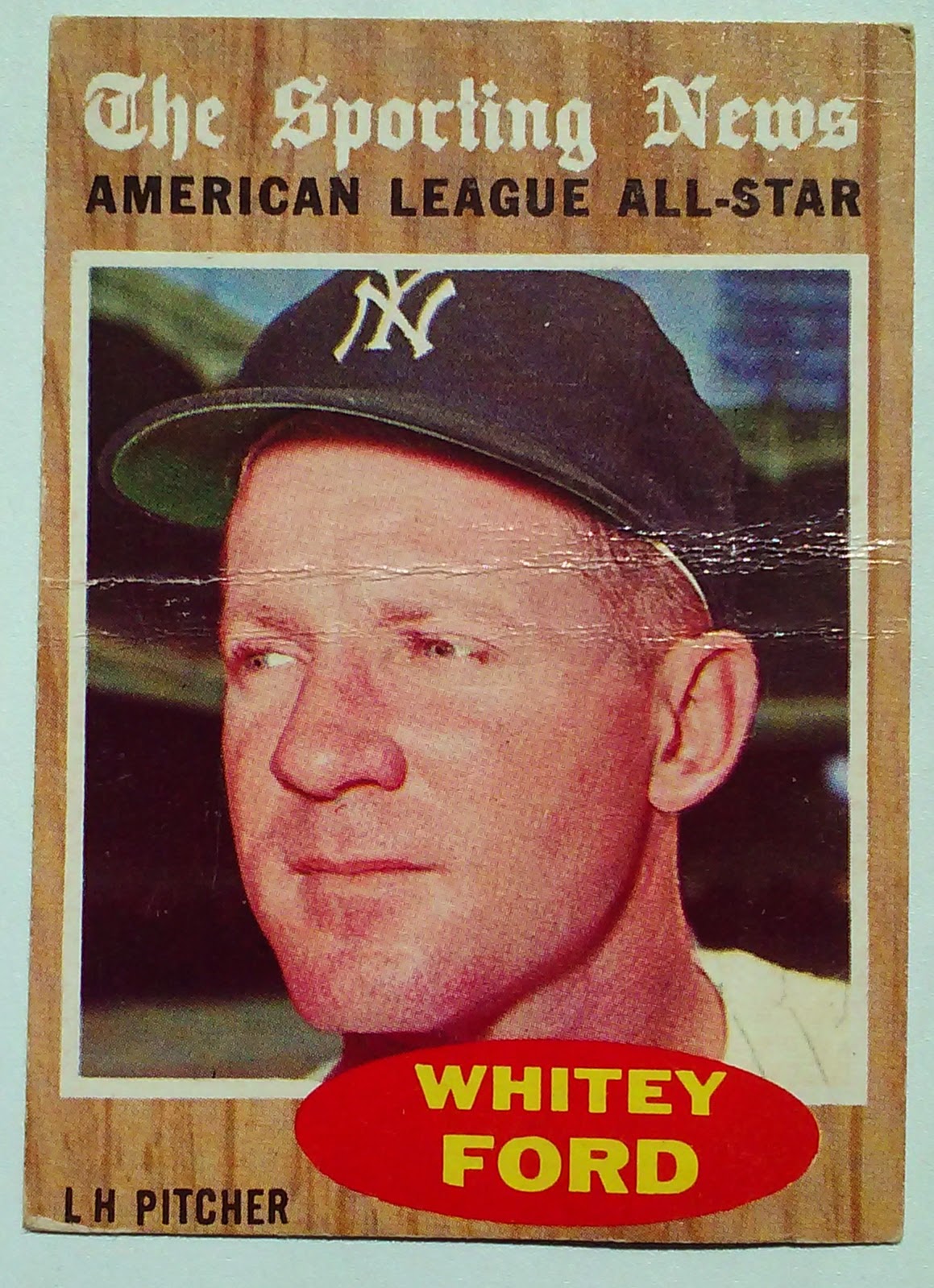 The Hall of Fame resume for Whitey Ford is built firmly on three of the stronger legs of the HoF qualfiers. Solid, if not exceptional Career Numbers, Hardware for the positions premier single season award - Cy Young, and an Incredible Postseason run including 6 World Championships. Ford has 10 World Series Game Wins, with 146 WS Innings across which he posted an impressive 2.71 ERA.

Whitey Ford lost two seasons to military service. Those two seasons early in his career most likely would have helped his already healthy career totals.

Cy WAR
In 1962 Whitey Ford was coming off his only Cy Young Award. In a bit of an oddity Ford won the award despite not finishing top 10 in WAR that season. He did go 25-4 and led the league in innings. The oddity is further complicated when one considers Ford finished top 10 in pWAR eight times and
only received Cy Young votes one other season (1956). His best WAR finish was 2nd in 1964 when he received no votes (there was only one award for both leagues at the time). Dean Chance (9.3 WAR) rightfully won the award that season.

Sources and Links
baseball-ref
Posted by deal at 7:11 PM