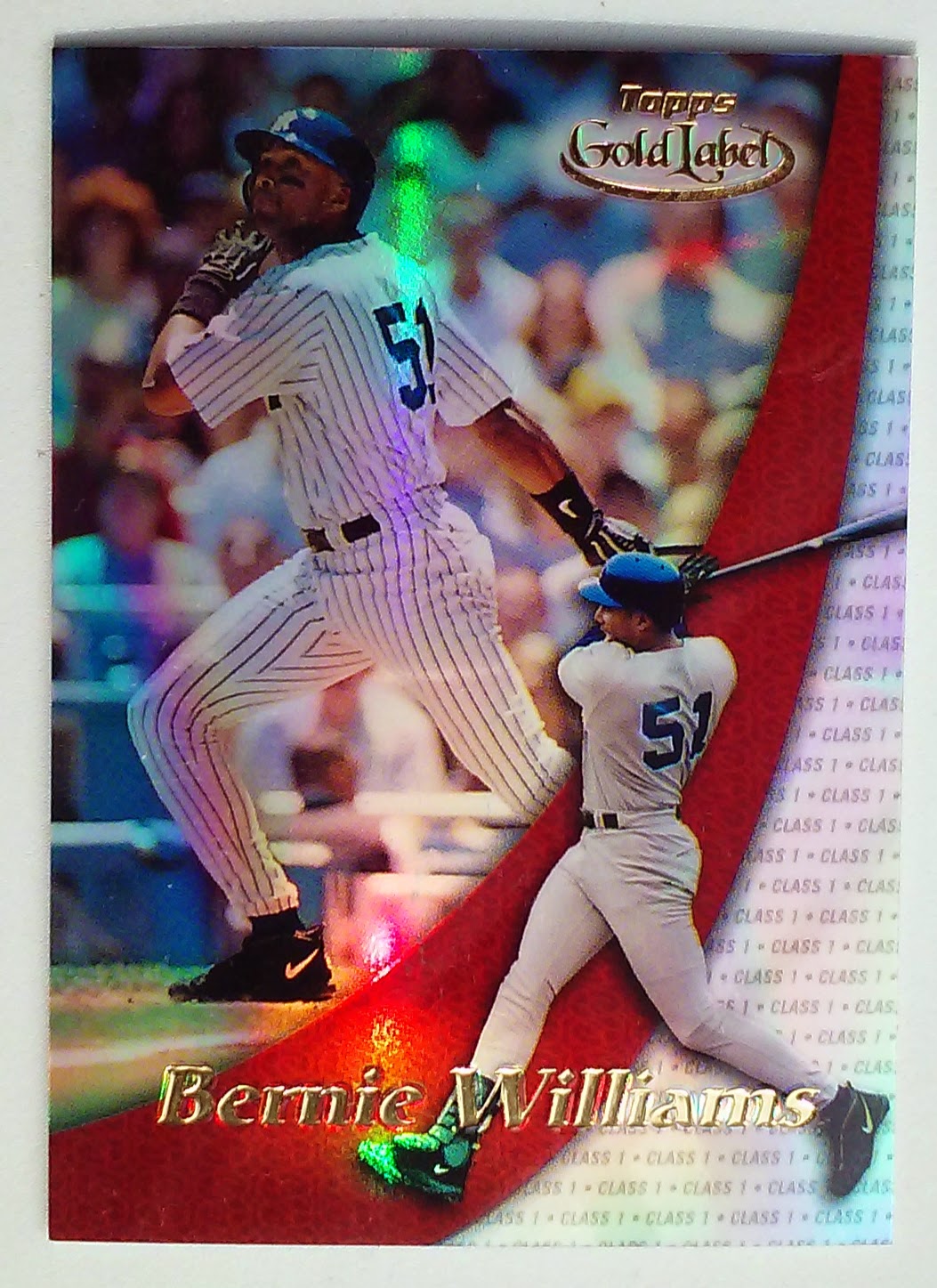 Bernie Williams formally announced his retirement this week despite having not appeared in a game since 2006. It is a good thing that he finally retired, the Yankees are retiring his number in less than a month.

In reality the #51 has been unofficially retired since Williams last played for the Yankees. Not one but two future Hall of Famers who previously wore #51 took on new numbers when they joined the Bronx Bombers - Randy Johnson (#41), Ichiro (#31) 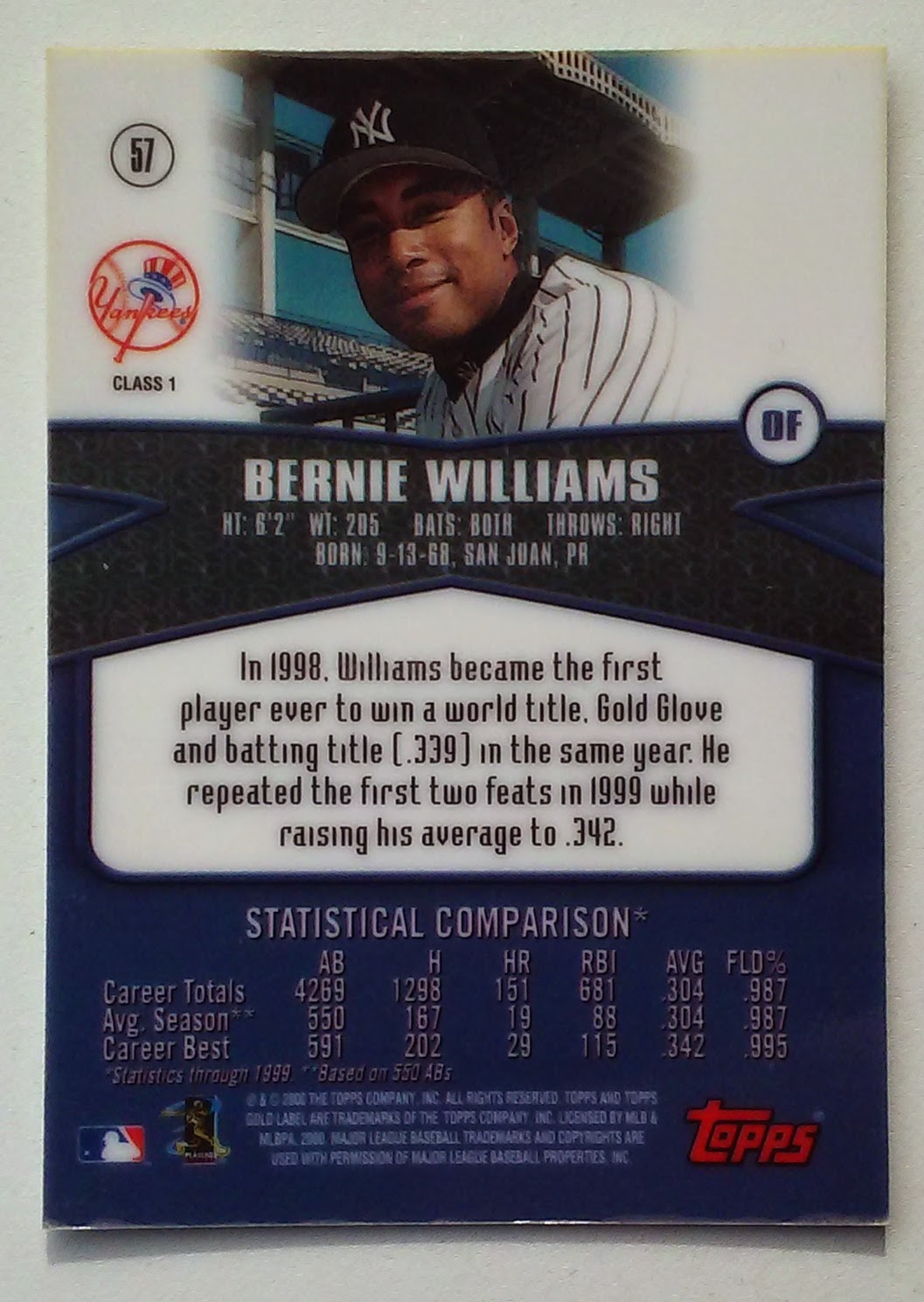 In addition to a nice portrait photo of Williams the flip also has a blurb noting Williams 1998 season in which he won a World Series, Batting Title and Gold Glove all in the same season. An accomplishment that was unprecedented.

Williams did make at least one competitive appearance after his unofficial 2006 retirement. In 2009 he played for Puerto Rico as part of the World Baseball Classic. He even threw out the first pitch for one of the games and Team Phungo is happhy to say that we were there. 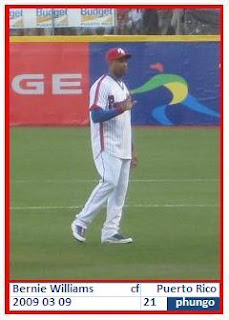 Today Bernie Williams is a musician, His website http://www.bernie51.com/ includes his soon to be retired #51