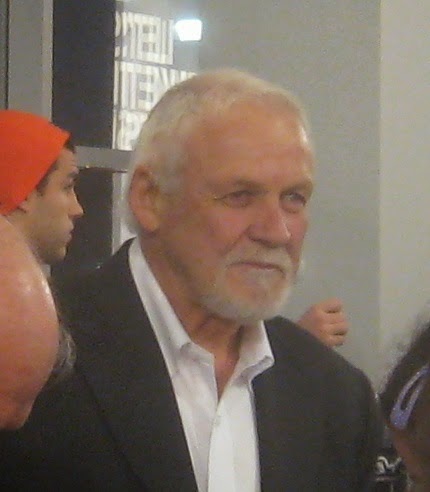 Parent is a great Ambassador for the Philadelphia Flyers and can often be found at Flyers games. The photo above is from a game in 2012 when the Flyers were honoring Mark Howe. There were a lot of great players in the house that night including Mark's father Gordie Howe.