This week Odubel Herrera became the first Phillies Centerfielder to make his Major League Debut on Opening day in over 40 years. 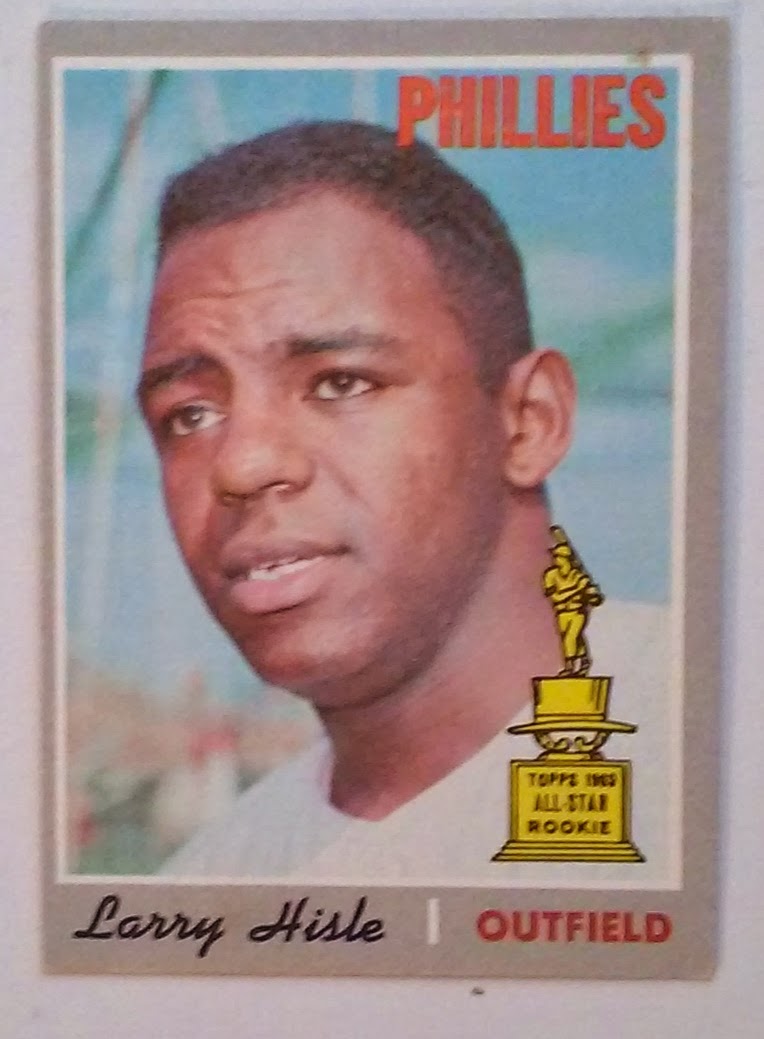 The last man to do it was Larry Hisle on April 10 1968. As can be seen by the Rookie Cup on his card Larry Hisle had a pretty good rookie campaign. Of course since the Cup is on a 1970T card it honors his performance during the 1969 campaign,  not the 1968 season when he debuted with the Phillies.

Larry Hisle was the first Draft Pick the Phillies ever signed - He was taken in the 2nd round of the MLB Inaugural 1965 draft. The team failed to sign first round pick Mike Adamson.

Among all outfielders drafted in 1965 Hisle ranks 2nd in career WAR(24.9) behind only Rick Monday, although at least Two players who became outfielders were drafted at other positions, Amos Otis and Hal McRae (both at SS).

It should be noted that Larry Hisle had his best seasons for the Twins after being traded away from Philadelphia. He played 300 games with just short of 1100 PAs for the Phils and racked up 1.2 WAR. His five seasons in Minnesota resulted in 17.2 WAR.


Obdubel Herrera
If  Odubel Herrera manages to have a Rookie Cup caliber season either this year or next I would be pretty happy. 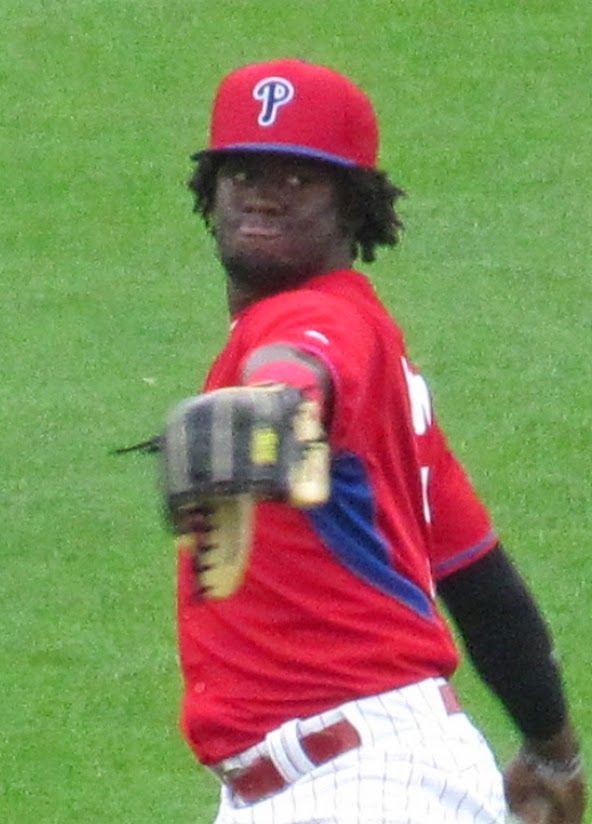 I don't think I have a Herrera card in the phungo collection yet, so I will take this moment to put together some WAR projections for the Rule 5 Outfielder.  I see some commonalities between Herrera and 2011 Ben Revere. That is the 23 year old season for each, both had partial seasons in AA where they recorded comparable .300+ BA/.370+ OBP numbers with no pop.

In 2011 Ben Revere posted a 0.9 WAR, which would have been better if Revere wasn't such a poor fielder. I know that Herrera is new to the outfield, but I can't help but believe that he will be better fielder than Revere. I am going to go 1.3 WAR for Herrera, which was Revere's 2011 oWAR

1970 Topps
One of the things I have in the someday file is working up some postings related to the Phillies Rookie Cup winners. Don Money (shortstop) also represented the Phils on the 1970 Topps Rookie Cup Team. The other two outfielders to letter were Carlos May and Lou Piniella.

Peanut Gallery
For some great rookie cup coverage check in with the Rockies Cards from the Quarry Blog. They appear to be on hiatus right now but they ran a nice series on on rookie cup cards that would be nice to see someone else continue.

Larry Hisle and SS Don Money both made their MLB debut on opening day in 1968. But they both struggled and after a few weeks were sent back to the minors for the rest of the season.

They both returned as starters at the beginning of 1969, and both made the Topps All-Rookie team that year.