ESPN opens the 2015 MLB season with the Cardinals and Cubs on Sunday Night Baseball. Neither team participated in the 2014 World Series but they are division rivals each with storied histories. 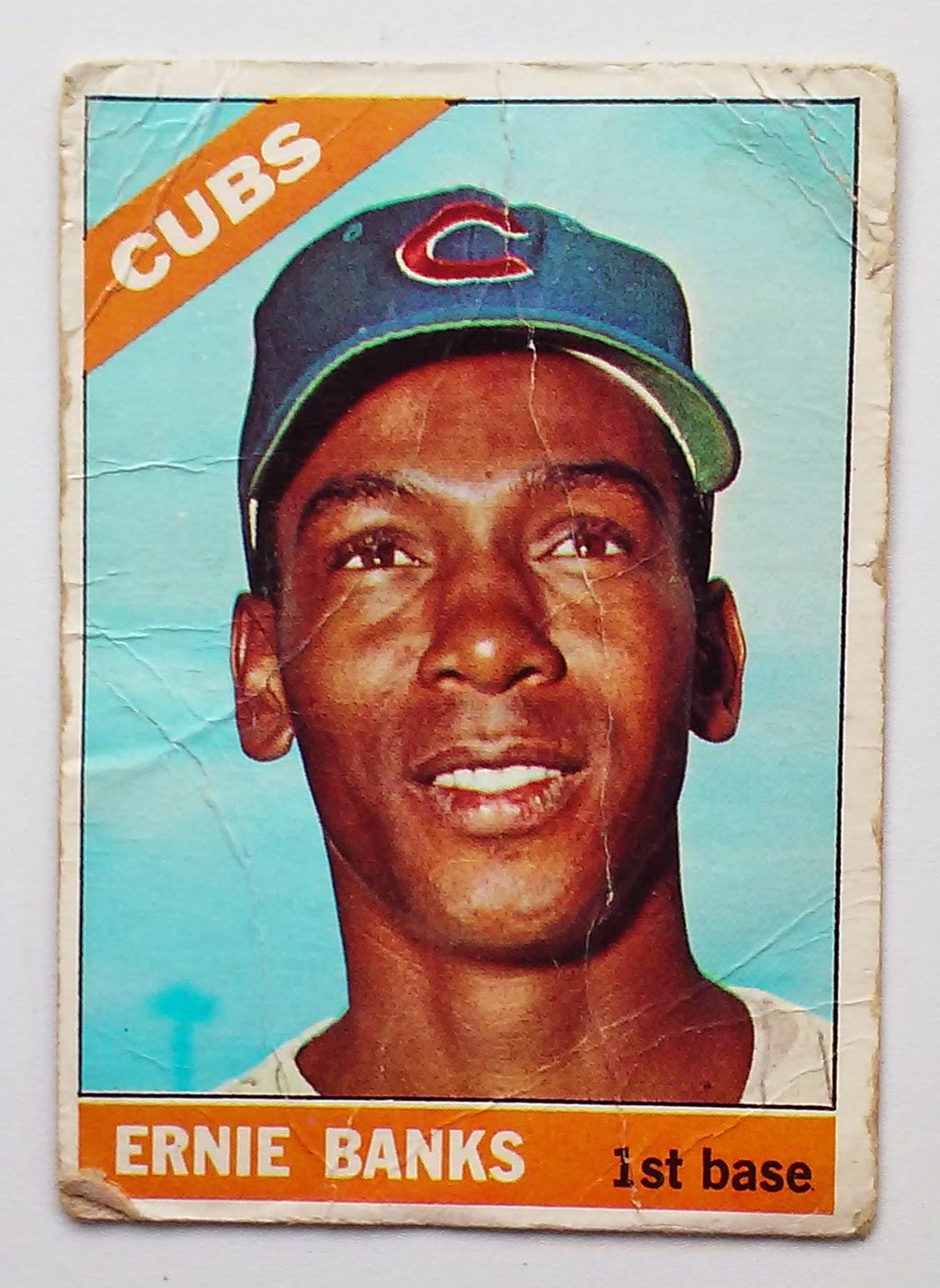 I am sure ESPN will turn a lot of attention to one of the greatest Cubs ever during their telecast. So great that they call him Mr Cub.

Sunday will be the first Official Cubs game since Ernie Banks died in late January.  There will be a pregame tribute to the Hall of Famer and Cubs players will wear a commemorative patch on their uniforms throughout the season.

1966 Topps
From 1954-1962 All of Banks cards list his position as Shortstop, The above 1966 card is the fourth to list him at first base. Nice portrait shot, Banks cap features Cubs blue on a bright blue sky. The Orange color striping that Topps chose for the Cubs works here as a complementary color those various blues. Despite all the creasing on this card it still pops - Part of that I attribute to Ernie Banks personality beaming through the card.

In 2015 Heritage Topps gave the honor of card #110 to Anthony Rizzo. In past years Topps sometimes tried to echo the photo from the companion set on the Heritage card, The Rizzo card is a  variation pair - neither of the images is similar to the Ernie Banks 66T card