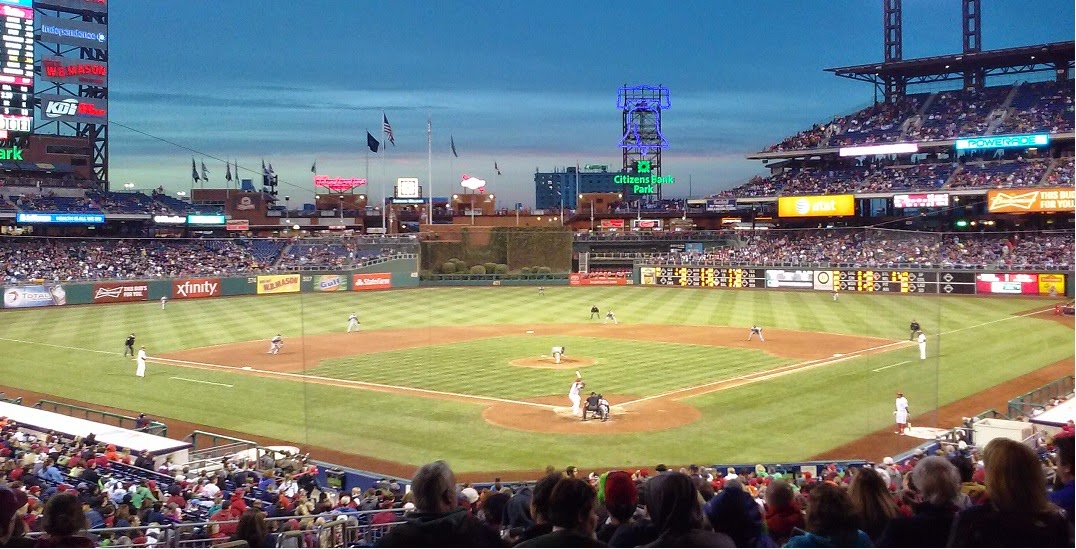 The Phillies hosted the Division Rival Atlanta Braves this past Saturday Night. Despite a terrific start by David Buchanan and a rare Home Run by Ryan Howard the Phils took the loss 5-2.

Despite the outcome and the cold, it was a pretty nice night for a game, picturesque sunset photo above. 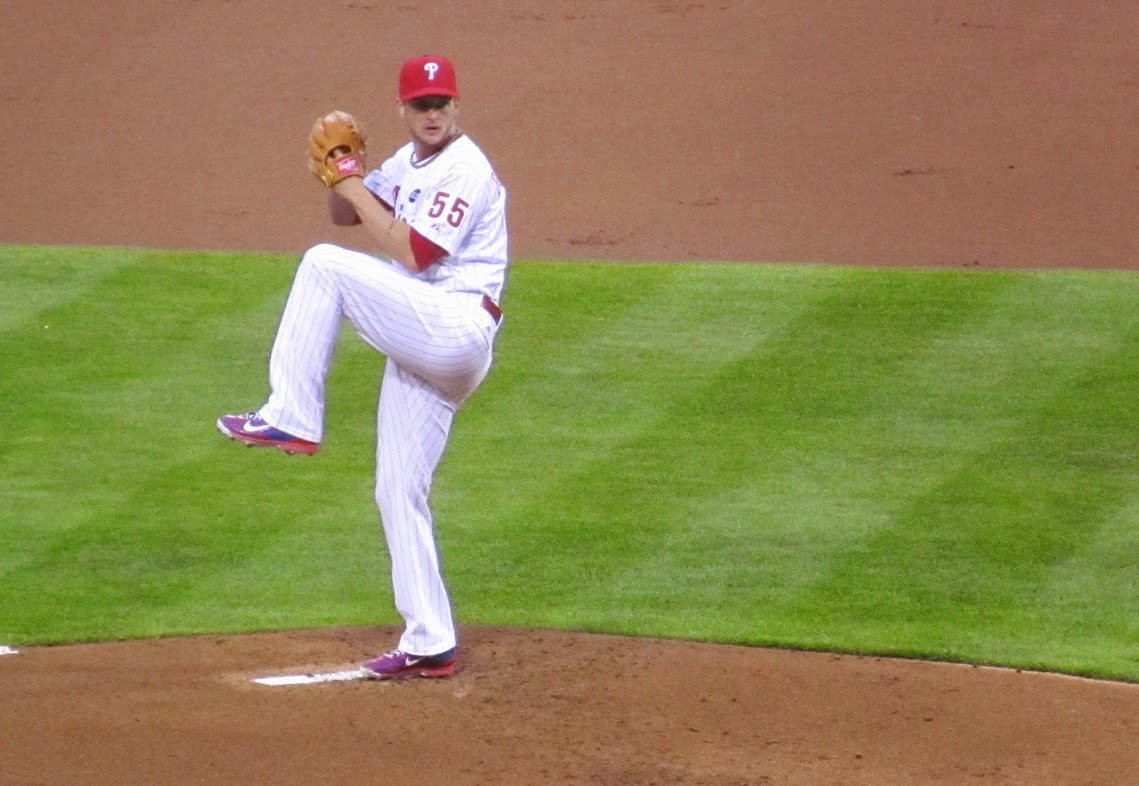 Buchanan had struggled in three 2015 starts, but Saturday Night was different. He didn't allow a hit until the 5th inning and took a 1-hit shutout into the 7th. Unfortunately he couldn't make through that 7th inning and Jake Diekman couldn't help him out. 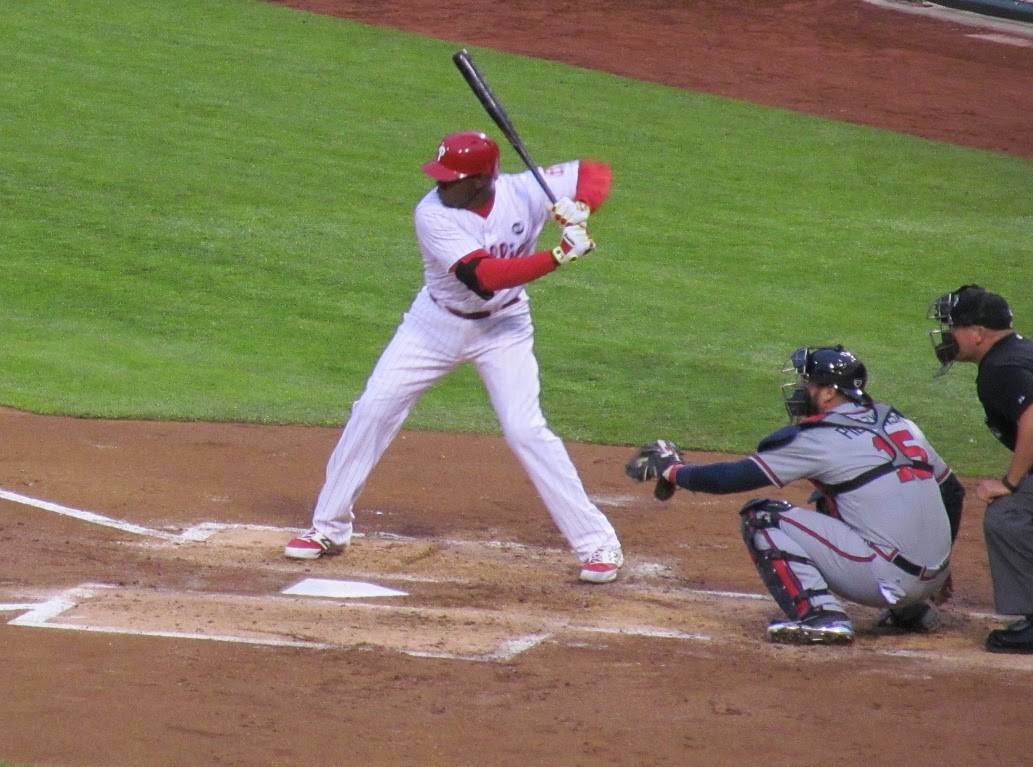 Despite the Loss, Buchanan's start is a positive as was Ryan Howard who had a 2 run homer and looked good in other ABs. The rest of the Phillies offense accounted for zero runs and looked worse that that. Phillies personnel have spun Chase Utley poor start at the plate as bad luck despite good contact. For me there was no evidence of this on Saturday night, Utley had 4 unimpressive ABs. 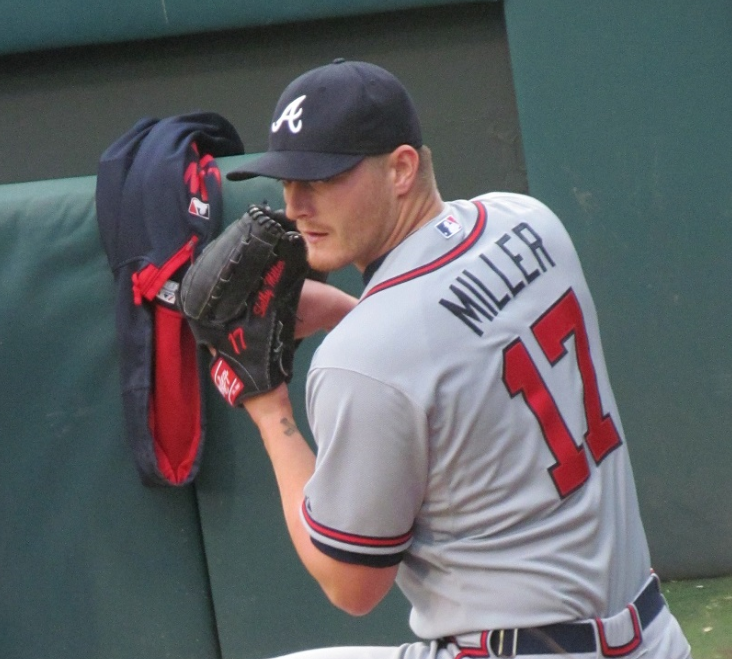 For six innings Buchanan was the better pitcher, but Shelby Miller didn't let this phase him. In his fourth start as a Brave Miller put up six innings allowing only 3 hits including Howard's two run homer. Miller has been steady for the Braves getting 5+ innings in every start and now allowing more than 2 in any of them. 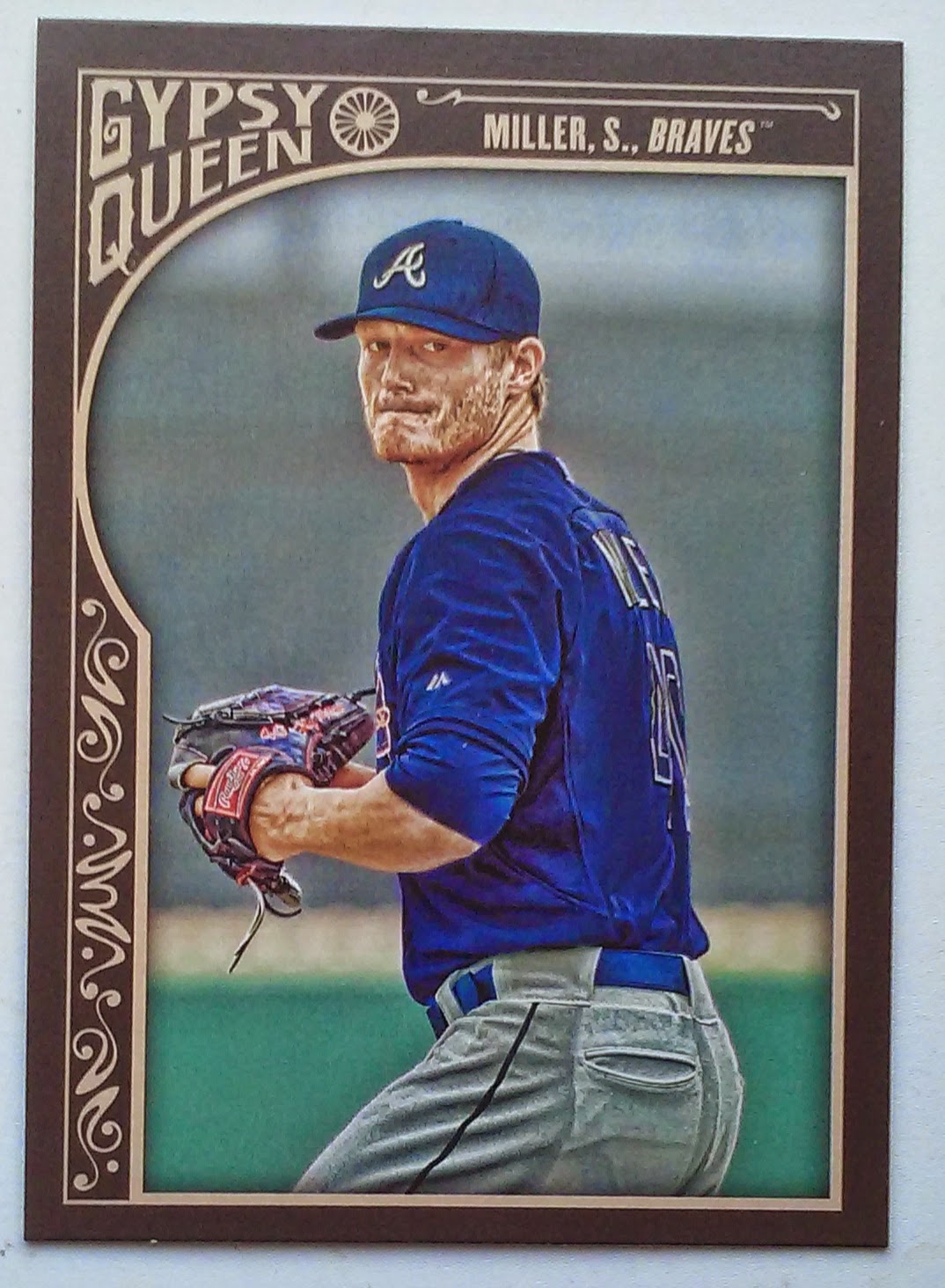 Not sure but this may be Miller's first card as a Brave, picked it up in a Rack Pack a few weeks back. 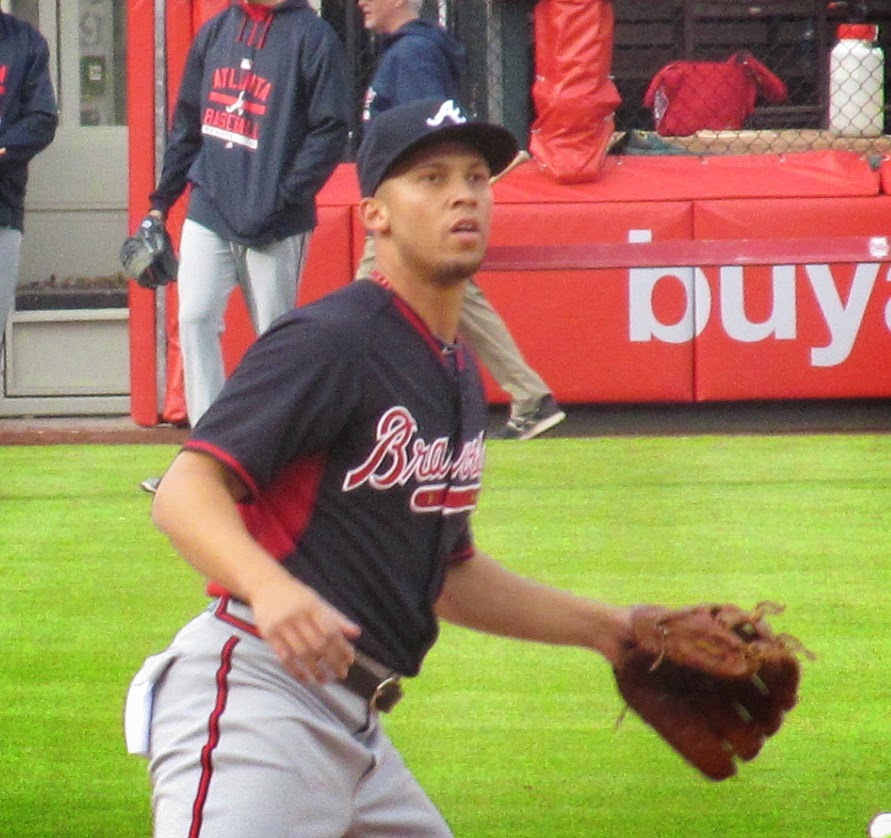 Typically known for his defense Andrelton Simmons showed up with his bat on Saturday night and spoiled David Buchanan's shutout with a line drive home run to lead off the seventh.

Stray Observations
***When Jake Diekman came in to pitch the infielders segregated into two groups. I know that they are geographically separated but it defnitely felt like the Howard/Utley and Asche/Galvis weren't interested in hanging out together.

***Freddy Galvis resurrects memories of former Steelers (and Eagles) QB Bubby Brister. He goes down with what appears to be a major injury and lays on the turf. Then 10 minutes later he is up and returning to the field.

***I have never seen a player take his fielding as seriously as Andrelton Simmons. After his BP session he took his Shortstop position for repeated grounders with his motor running at a much higher rate than I have seen from other players.

***Shelby Miller was having trouble hitting the right side of the plate during his bullpen warm up. I think this may have carried through to the game, but the Phillies failed to take advantage.

***Jason Grilli gets it, he appeared to be involved in a healthy bit of interaction with the fans prior to the game.

***The Phillies attendance may be down inside the ballpark, but that hasn't hurt the crowds in the tailgate lots. I get to games really early and I was amazed at how many folks were already in the lots.

Sources and Links
Baseball-ref
Posted by deal at 9:03 AM