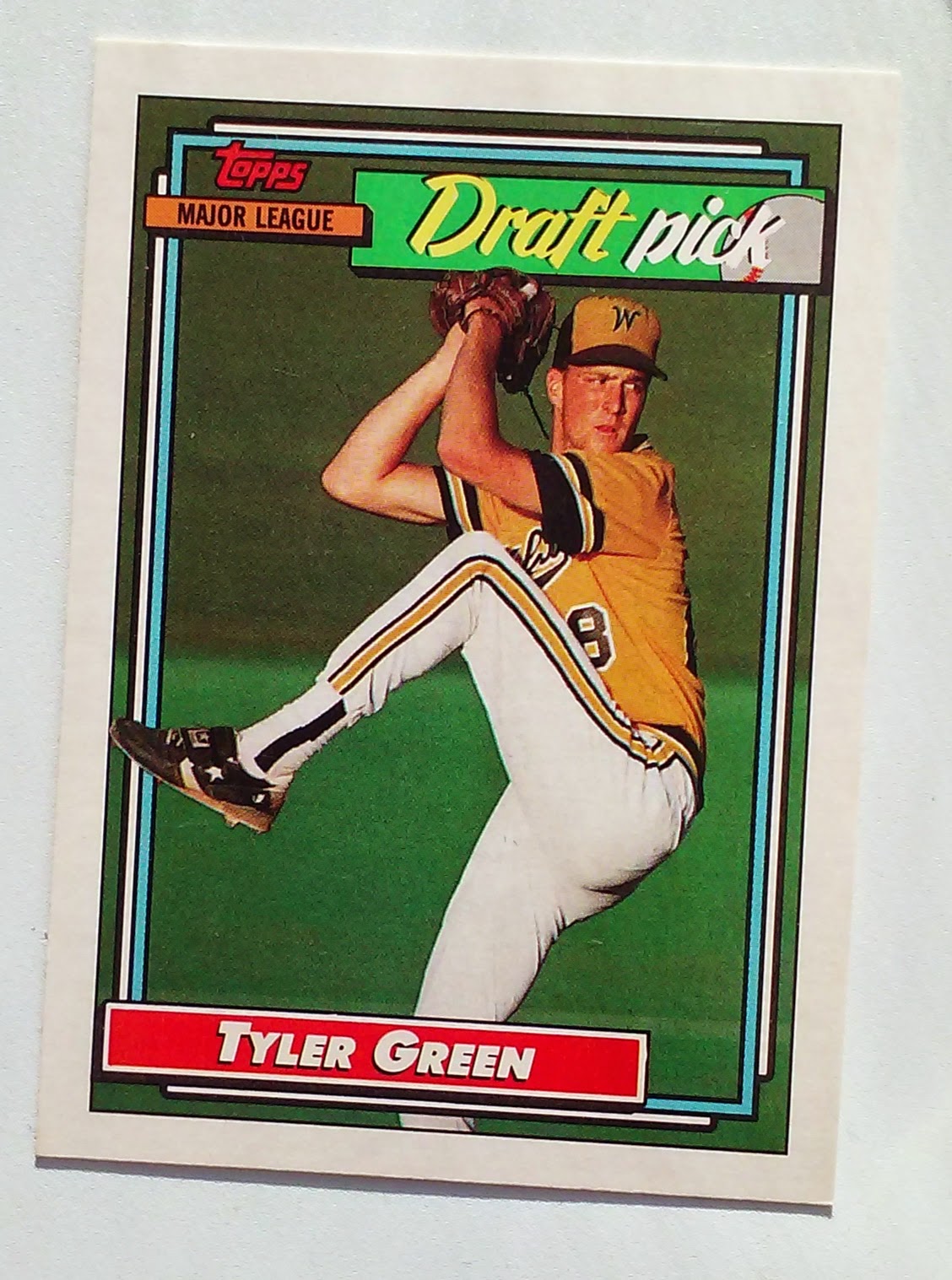 At least that is who they selected back in1991 the last time they had the 10th overall pick. The Phillies will pick in the same spot in the upcoming 2015 draft and with that in mind today we are going to take a look at the history of the MLB #10 pick.

Despite the fact that Tyler Green was an All-Star for the Phillies in 1995 the pick has to be considered a disappointment.

His final career was a -0.5 (32nd among draftees that made the majors) and below replacement level.

The Best career WAR among #10 Picks belongs to Mark McGwire (62.0), There is no #10 pick in the Hall of Fame however arguments could be made for  Robin Ventura (55.9) and Ted Simmons (50.1) who are both current Hall of Stats members.

Notable active players from the #10 club include Giants Pitchers Tim Lincecum (22.5 WAR) and Madison Bumgarner (17.6). The most significant position players among actives are Cameron Maybin and Jason Castro.

1991 Draft
Among first rounders the Big name that the Phils missed out on by Drafting Tyler Green was Manny Ramirez (Drafted 13th). There were six pitchers in the 1991 draft that all achieved 20+ WAR in their careers, All were picked after Green, Brad Radke (45.5 WAR drafted by the Mariners, pick 206) topped that group which included former Phillie Jon Lieber (24.3, Mariners, 241)

It also should be noted that this is the draft that the Yankees picked Brien Taylor #1 overall. Taylor never played in a major league game.

Phillies 2015
So what does this all mean?

Well first off the Phillies need to do better with their 2015 pick than Tyler Green. He may have been an All-Star, but his contributions beyond that were negligible.

The +8.0 at #10 is an interesting barometer. 1/3 of the players break that plane and it also equates to four seasons as a starter. That isn't All-Star caliber but the player could be a useful piece on a playoff team. The 20 WAR mark could be looked at as a dozen years of starting or a couple of all-star seasons flanked by 3 or 4 years of steady work. The Phillies have roughly a 1 in 4 chance of finding that player.

Draft Mania
We are in the middles of the NFL draft mania, an annual event that generates significant Off-Season buzz for the league. The MLB draft doesn't do as well for a variety of reasons, it is in-season, The Collegiate exposure of draftees is minimal at best, Picks are not tradeable, and the players are too far away from the majors.  MLB also does little to promote the event. Why not have at a public venue and invite fans to the festivities with Baseball Alums and autograph opportunities. Seems like a promotional no-brainer.

I love that Green card! Has a nice shot of a Shocker playing at Eck Stadium.

Yeah I meant to mention the Shockers in my writeup. THere is at least one other card in the phungo COllection that has him w/ Wichita. NOt sure where it is right now though.

but he had a knuckle curve!

I remember Tyler Green from 1995 All Star Game, and his pitching coach Johnny Podres said in the news that "when Tyler is on, he has the best curve ball I've ever seen", and he played WITH Sandy Koufax. Darren Daulton Phillies catcher said, "When Tyler's mixing his 95mph fastball with his 85mph knuckle curve, it's almost not fair. They can sit on that pitch all night and they still won't hit it." Lenny Dykstra said, "All I can say is Damn, that's an un-Godly knuckle curve, I'm glad I don't have to try to hit that pitch every night."
Tyler's rookie year he threw back to back shutouts against the Dodgers apparently with a 2 inch tear in his pitching shoulder. Pretty amazing if you ask me, too bad his shoulder got hurt, he would of been a great one.