Fifty Years ago the Astrodome opened. Last year Topps honored the anniversary as part in the Heritage Baseball Flashbacks set. 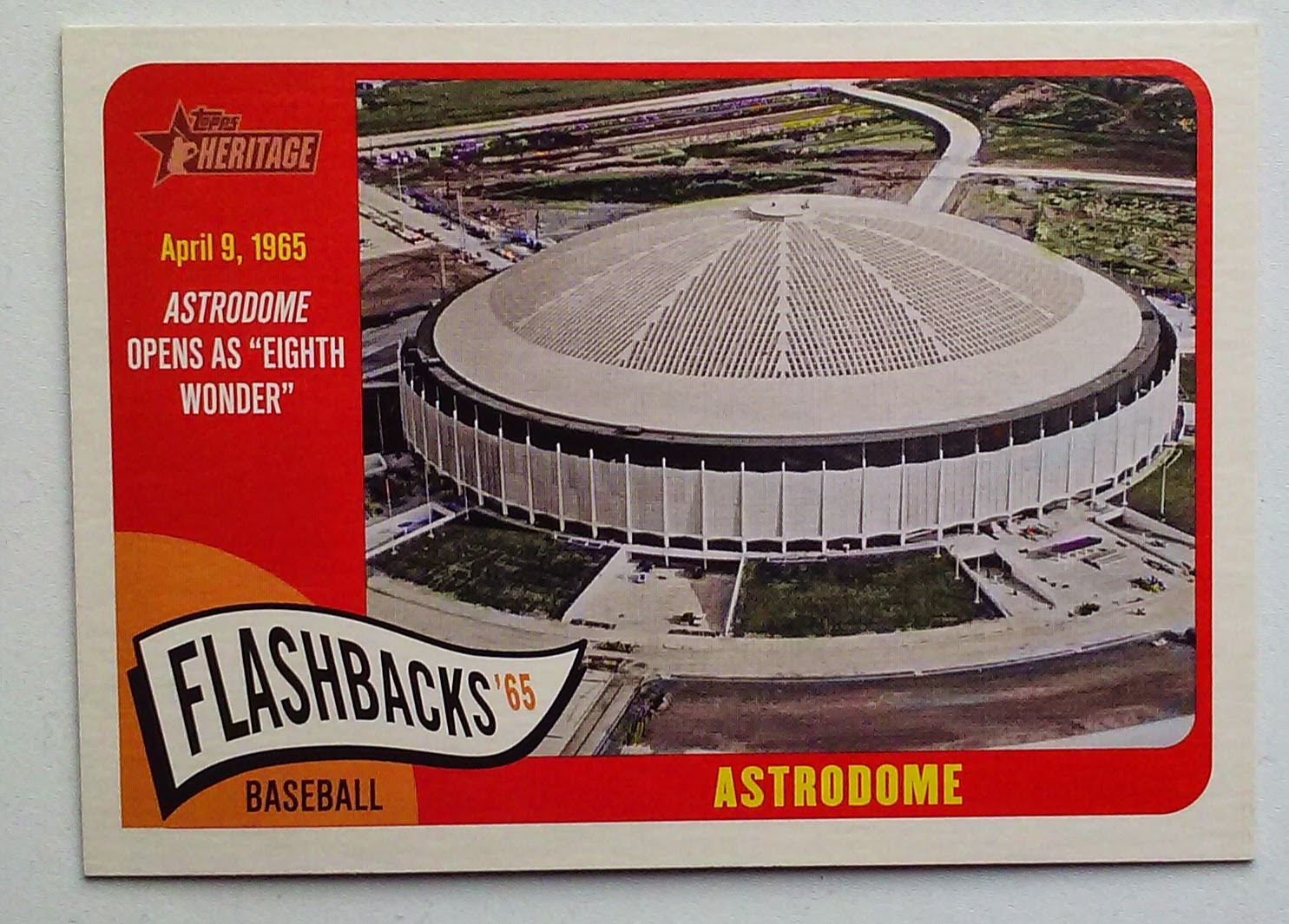 The card had the date and the venue's catchy nickname "The Eight Wonder of the World". The game played on April 9th was not the first official game played at the Astrodome, rather it was an exhibition game versus the New York Yankees. 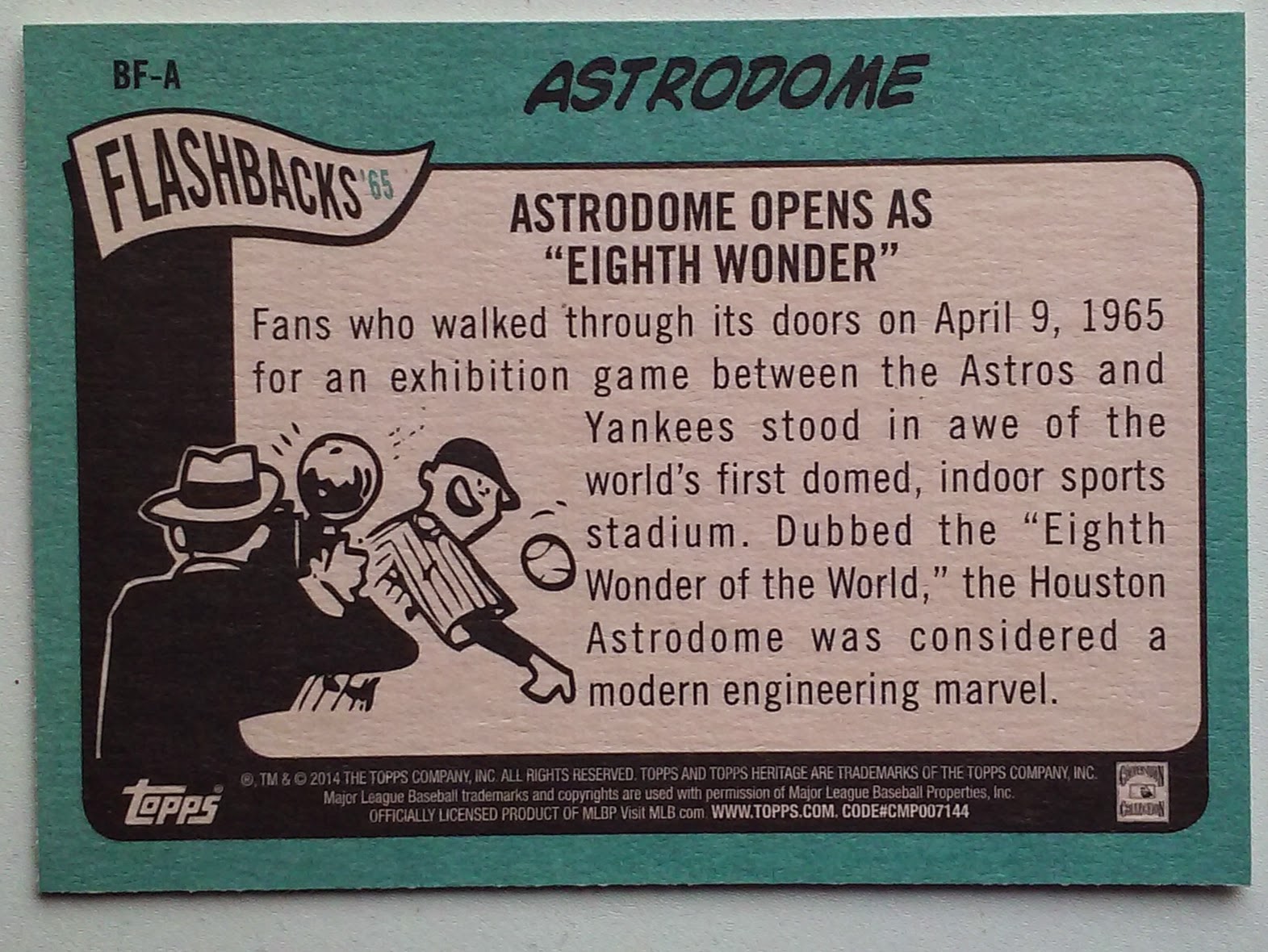 The B-side covers the basics of the game. But there are a variety of fun facts regarding the game.

The game was a sellout (47876), First Pitch was thrown by former Phillies right-hander Turk Farrell.  The first batter of the game was Mickey Mantle who doubled and later hit the venue's first Home Run.

That was the sole run for the Yankees in a low scoring affair that went into extra innings tied 1-1. The Astros won the game on a 12th inning pinch single by Future Hall of Famer Nellie Fox who was beginning his final season. The first Astro to bat in the new ballpark was a Rookie Second Baseman who would also have a Hall of Fame career, Joe Morgan. One of the principle folks in getting Houston an MLB franchise was Roy Hofheinz. A former mayor of the city who also helped to get the Astrodome built.

In 2010 Tristar/Obak honored Hofheinz with a baseball card. The quirky series circumvents the MLB licensing issues by focusing on Former Players, Minor Leaguers and the History of the Game both on and off the field. 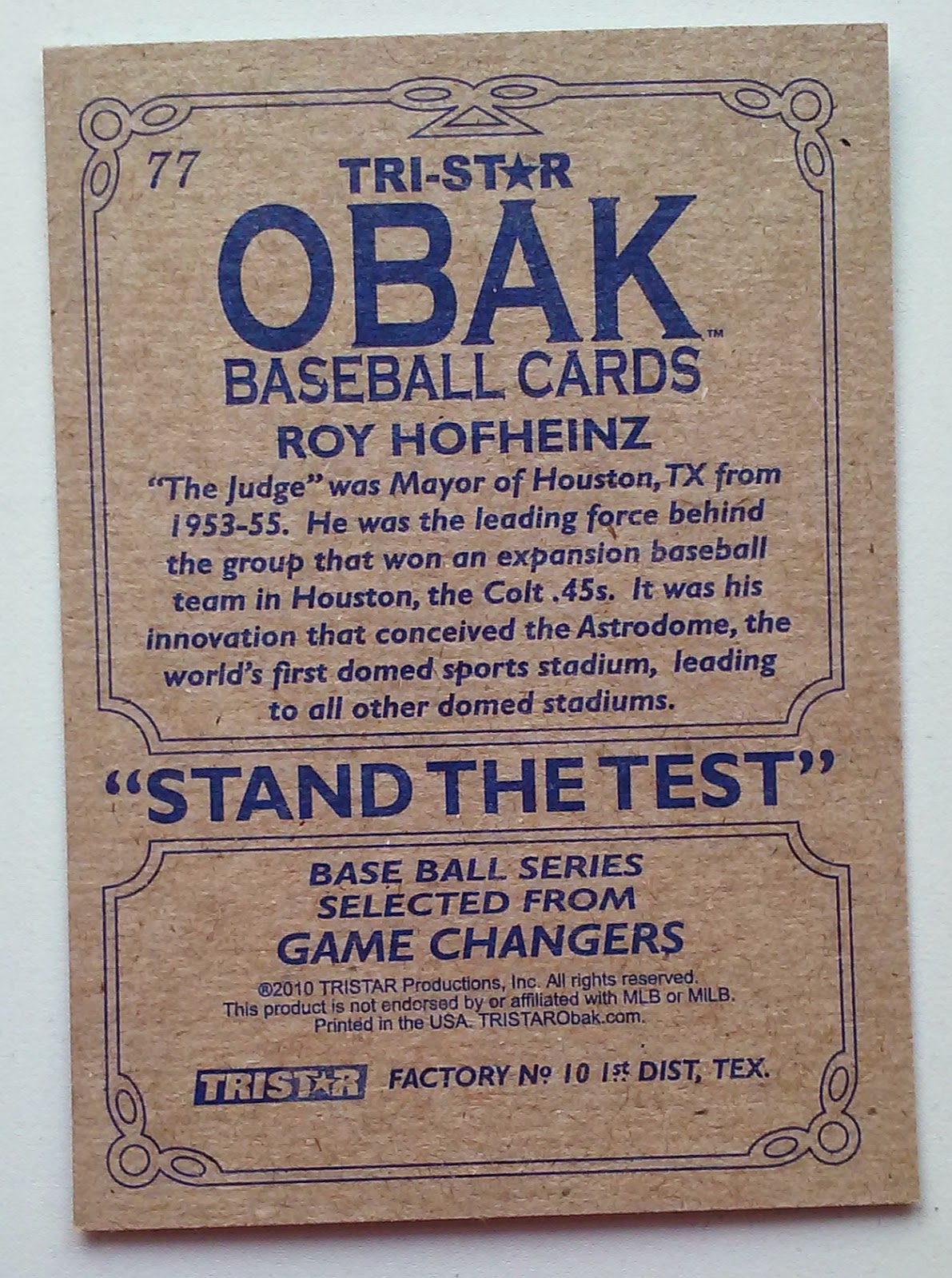 The Flip side of the card briefly discusses the contributions of Roy Hofheinz to Houston baseball.

Astrodrome Today (er well in 2012)
Recently Deadspin ran an article based off of anonymous photos taken by a troika of brothers that had snuck into the dome. Click here to view the adventure.