Topps Ignores All Named HUDSON and Swag from Thorzul Will Rule:

Was in a recent Multi-Sport Group Break run by Thorzul Will Rule. This is a nice one for us Phillies fans as we begin the 2015 season with so much dread. The card serves as a reminder of the good old days way back in 2011 when the Phillies had a rotation so stacked that Cole Hamels was relegated to #3 starter behind Roy Halladay and Cliff Lee.

Topps packed this League Leaders card with SIX bobbing heads to match the design of the original 1963 Topps #7 NL Pitching Leaders Card. The trouble is that the NL had a 3 way tie for 6th plays in Wins in 2011. Zack Geinke, Daniel and Tim Hudson all had 16 Wins.

Topps decided to go with six heads rather than stopping at 5. Greinke got the floating head and the Hudson's got snubbed.

An oddity in all this is that the Original 1963 Topps League Leaders cards each had 5 players with the exception of ties: The aforementioned card #7 and Card #4 AL Home Runs leaders.  For Heritage Topps had to decide to either A) Echo the original six heads and snub two players or B) go with the default 5 head design and ignore the oddity of the original set.

I think the wrong decision was made. I would have gone with 5 rather than put myself in the position to pick and choose which player gets on the card.

Another observation is that on the original 1963 LL cards, the player in the center was the overall Leader. On this card Topps either elected to or accidentally place the pitchers in order from top left to bottom right. Ian Kennedy led the league in Ws, while our hero Roy Halladay finished 3rd. 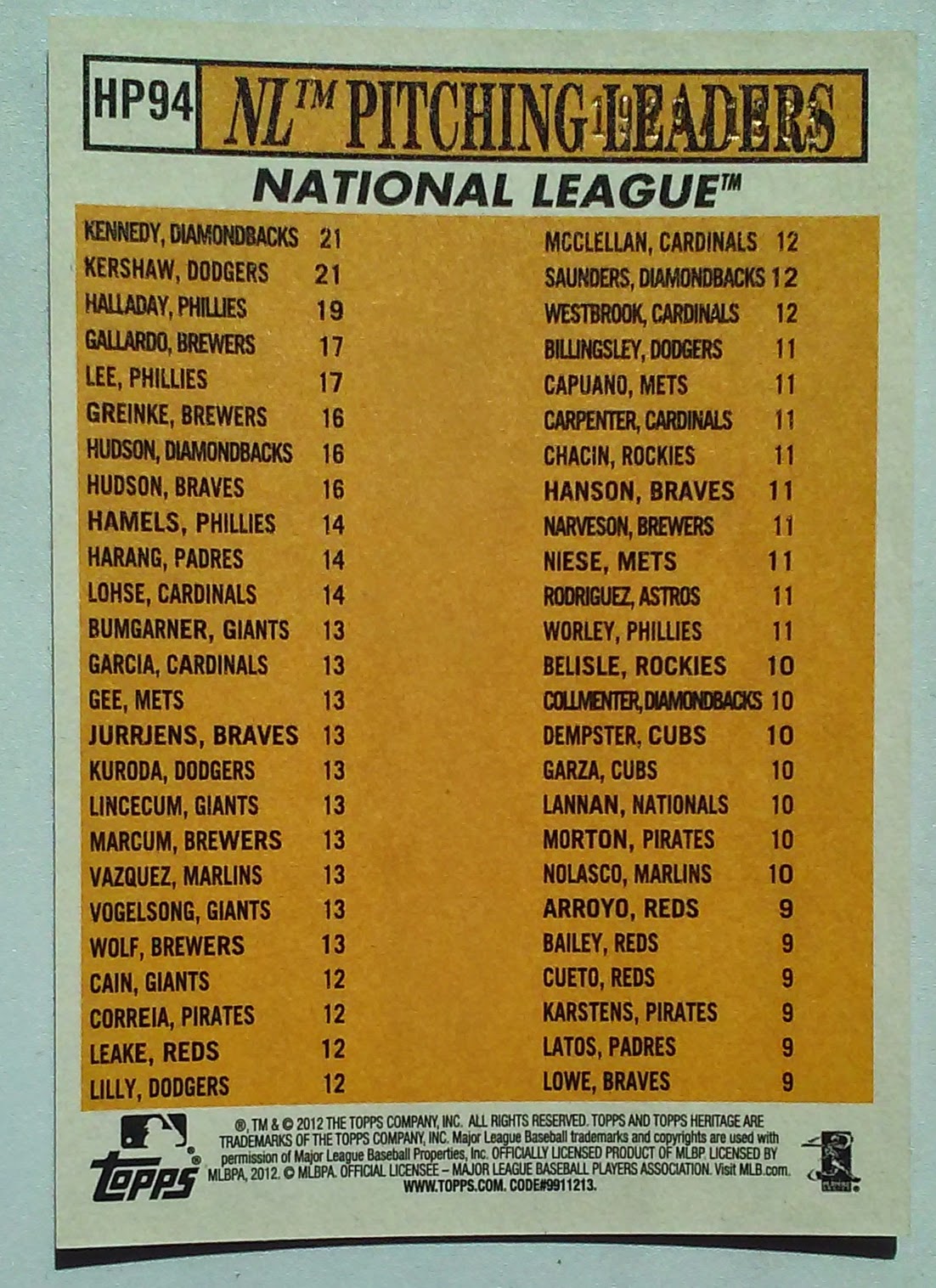 There's your proof of the double Hudson Snub. Both players sit there at 16 Wins with Zack Greinke on the back of the card.


Hoop and HandEgg
This was a four sport break, I had the Vikings and Celtics in the break. I think my Hockey team may have been the Flyers, but it doesn't matter here as like the 2014-15 Flyers we came up emtpy on the ice. 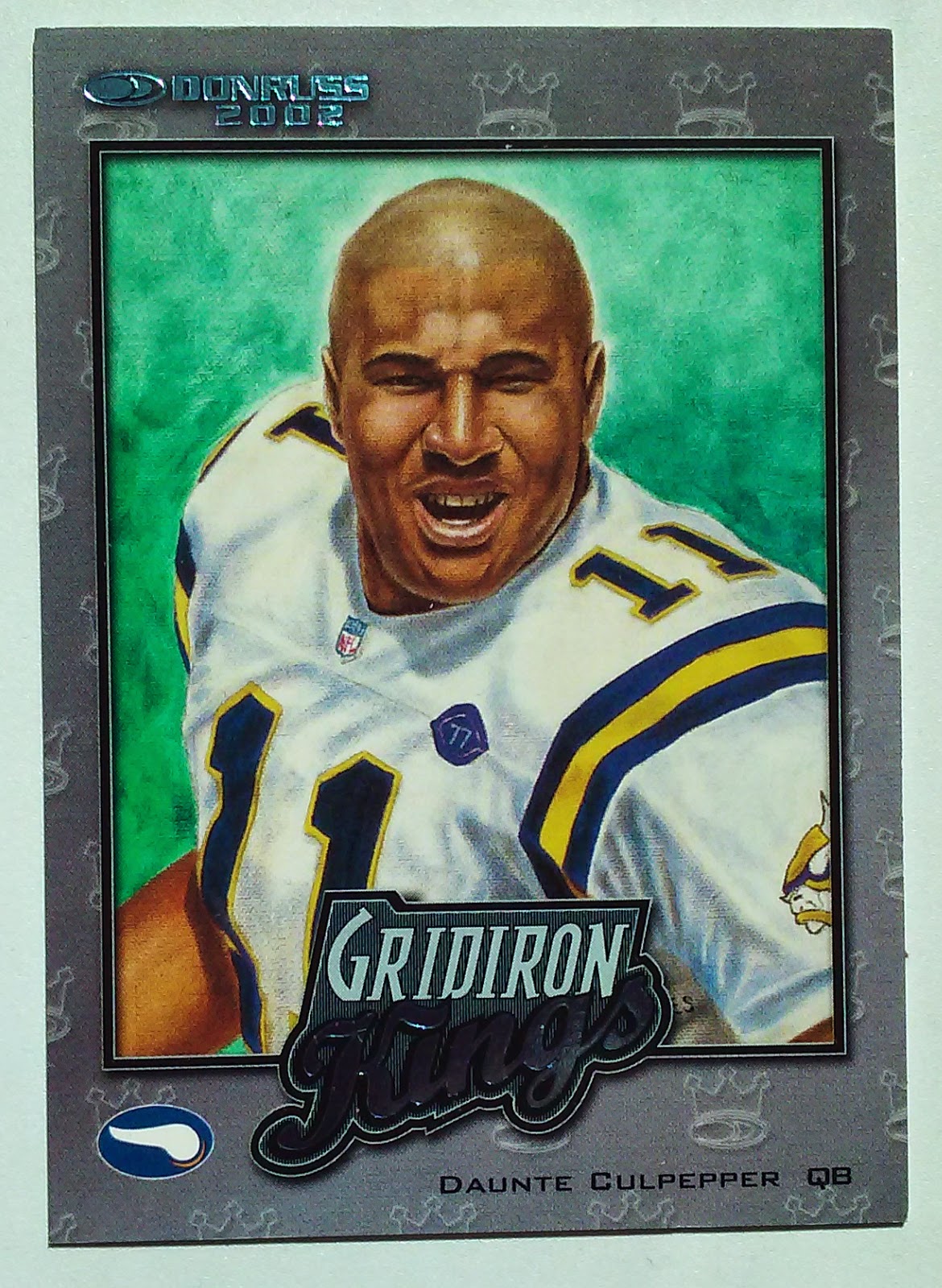 I have seen a handful of Vikings games, I am pretty sure Culpepper is the QB I have seen most.

Bigtime violation on Donruss' part here as the Kings part of the Gridiron Kings flair overlays the artists' signature.I did some hunting around to identify the snubbed artist but was unsuccessful. 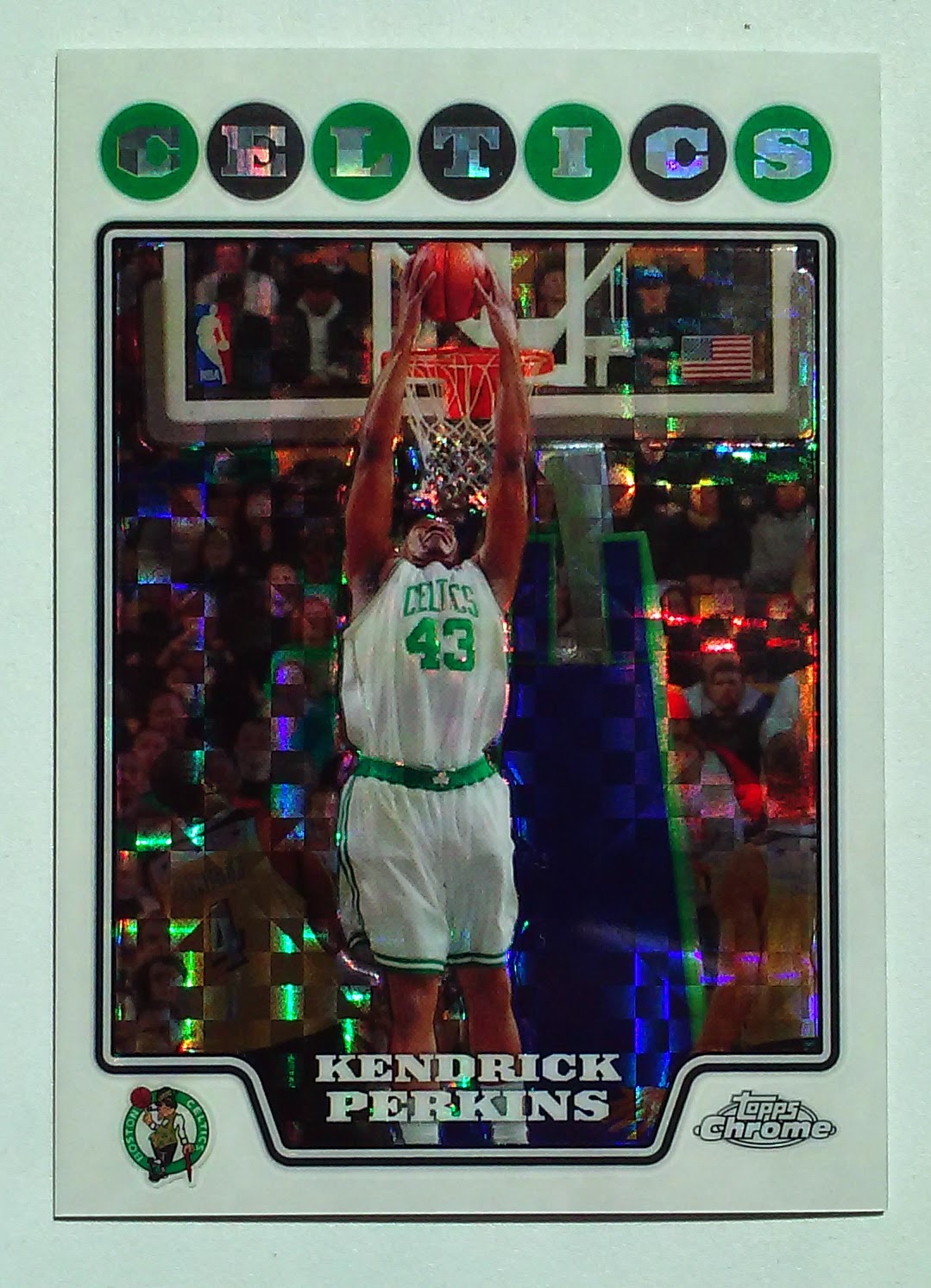 2008 Topps baseball was a disaster for a variety of reasons. The shame of it is that there is  a distinct design with the carnival letters however  there were at least two big missteps. 1) The photography for the set was abysmal and 2) The Topps logo being placed Top Center made for ridiculous cropping issues.

By the time the Basketball set was issued Topps had corrected the logo issue by moving it to the lower right. Additionally the Hoop Photography is an improvement over baseball. 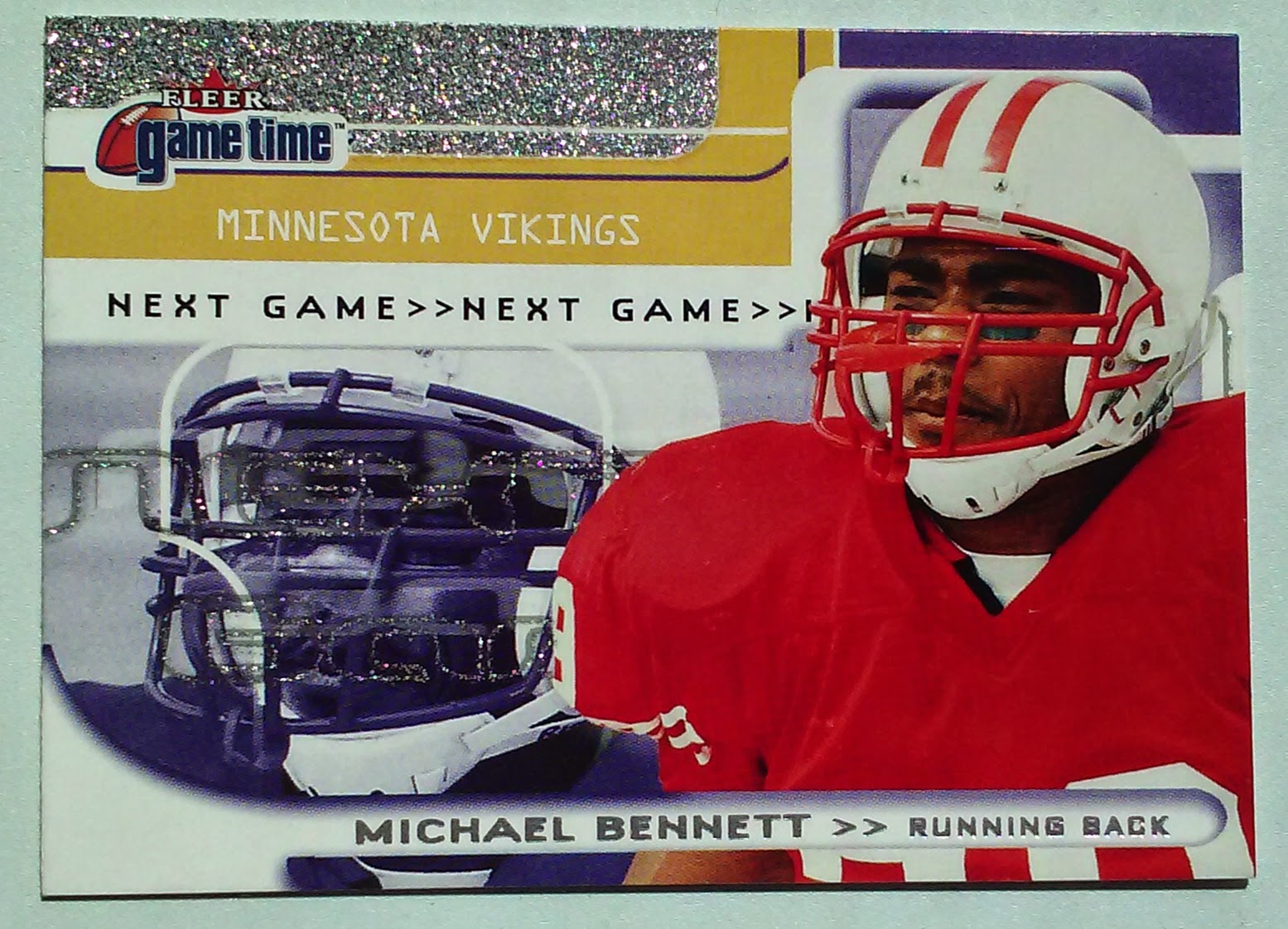 I have a minor college cards collection which this Michael Benntte card will fit into nicely. The design on this Fleer card looks like somebody tried to modernize 1956 Topps and failed miserably.