Sunday Night Baseball visits another one of their favorite cities tonight as the St Louis Cardinals host the Cincinnati Reds. 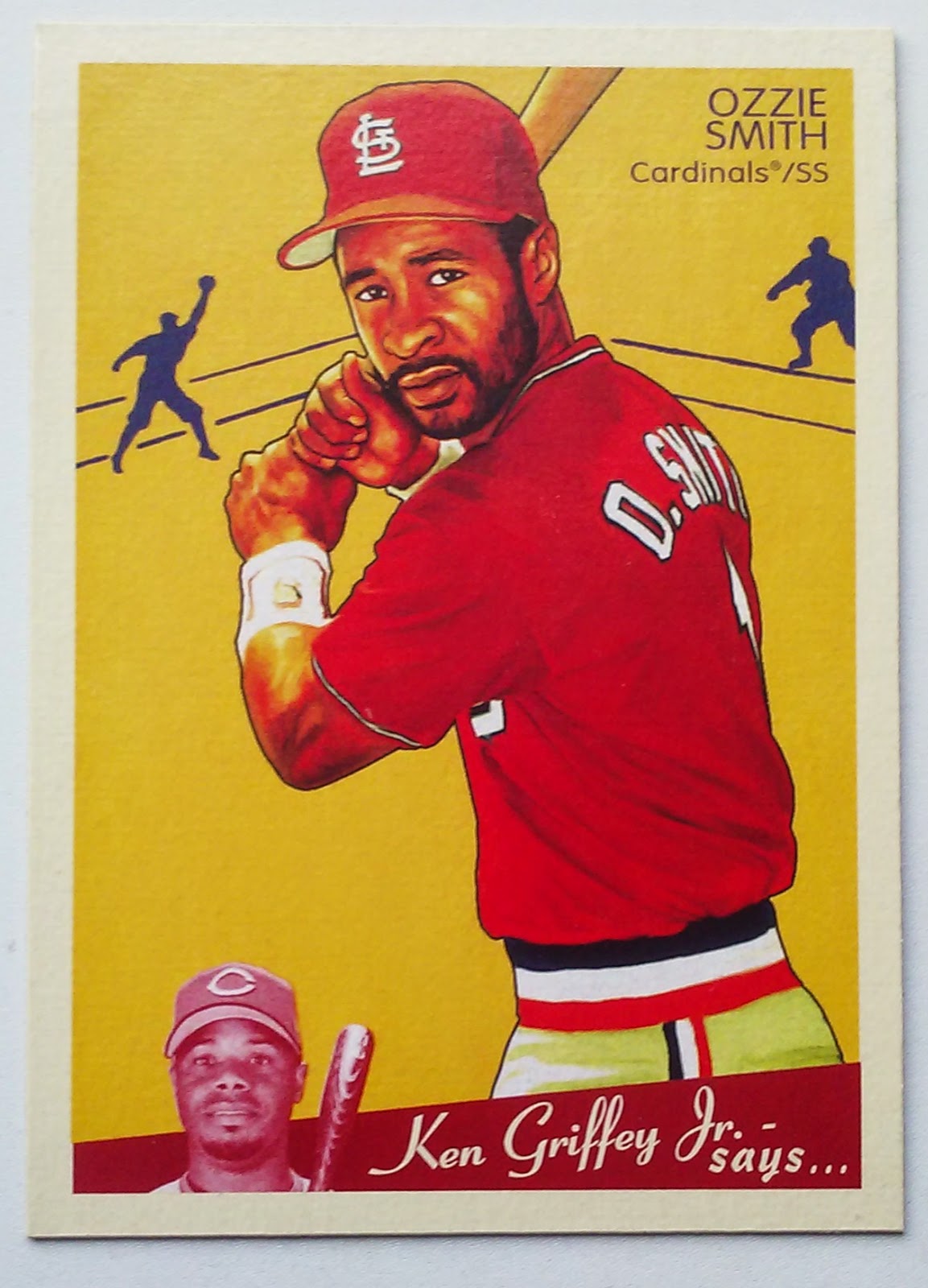 When I was younger Ozzie Smith was widely accepted as the best defensive shortstop of his era. Sometimes perceptions of the masses may not match reality. I am very happy to find out that in Ozzie's case baseball fans and writers were correct. Today's advance metrics have revealed that not only is Smith the best fielding Shortstop of his era. He is the best fielding PLAYER of ANY era. 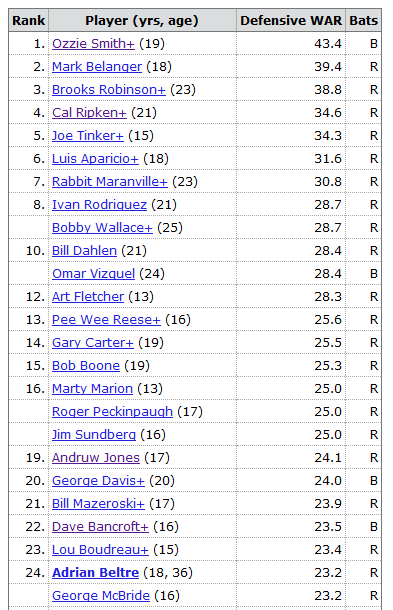 There he is, the Wizard all alone at Number 1.

And it is amazing how much separation there is between Ozzie and the two spot, 4th and 13th. His dWAR is 10+% ahead of Belanger's and 25% better than Cal Ripken in fourth place. Perhaps more amazing is his dWAR compared with the Pee Wee Reese who ranks 13th all-time. Smith's 43.4 career dWAR is 69% more than Reese's 25.6.

Think about that, Ozzie Smith has a Defensive WAR number that is 69% better than the guy that ranks 13th all time.

I ran the chart out to #25 just so you can see the first active player on the list Adrian Beltre who had age 36 is climbing up near a lot of Hall of Famers on various leaderboards.

In 1934 most of the cards featured a "Lou Gehrig Says..." flair across the bottom that alludes to the concept that Gehrig was the author of the text on the cards b-side. Similarly the 2008 Goudey version carried endorsements by either Derek Jeter (AL) or Ken Griffey Jr (NL)

This card was selected for this weeks Sunday Night Baseball Posting because not only do we get to feature a legend for the home team but we also get to recognizing the visiting squad in a small way by having Junior on the card.

I also wanted to note that selecting the mustard yellow background for this Goudey card is a nice contrast for the Ketchup Cardinals Red of Ozzie's Uniform.

Lets see what the Kid had to say about the Wizard 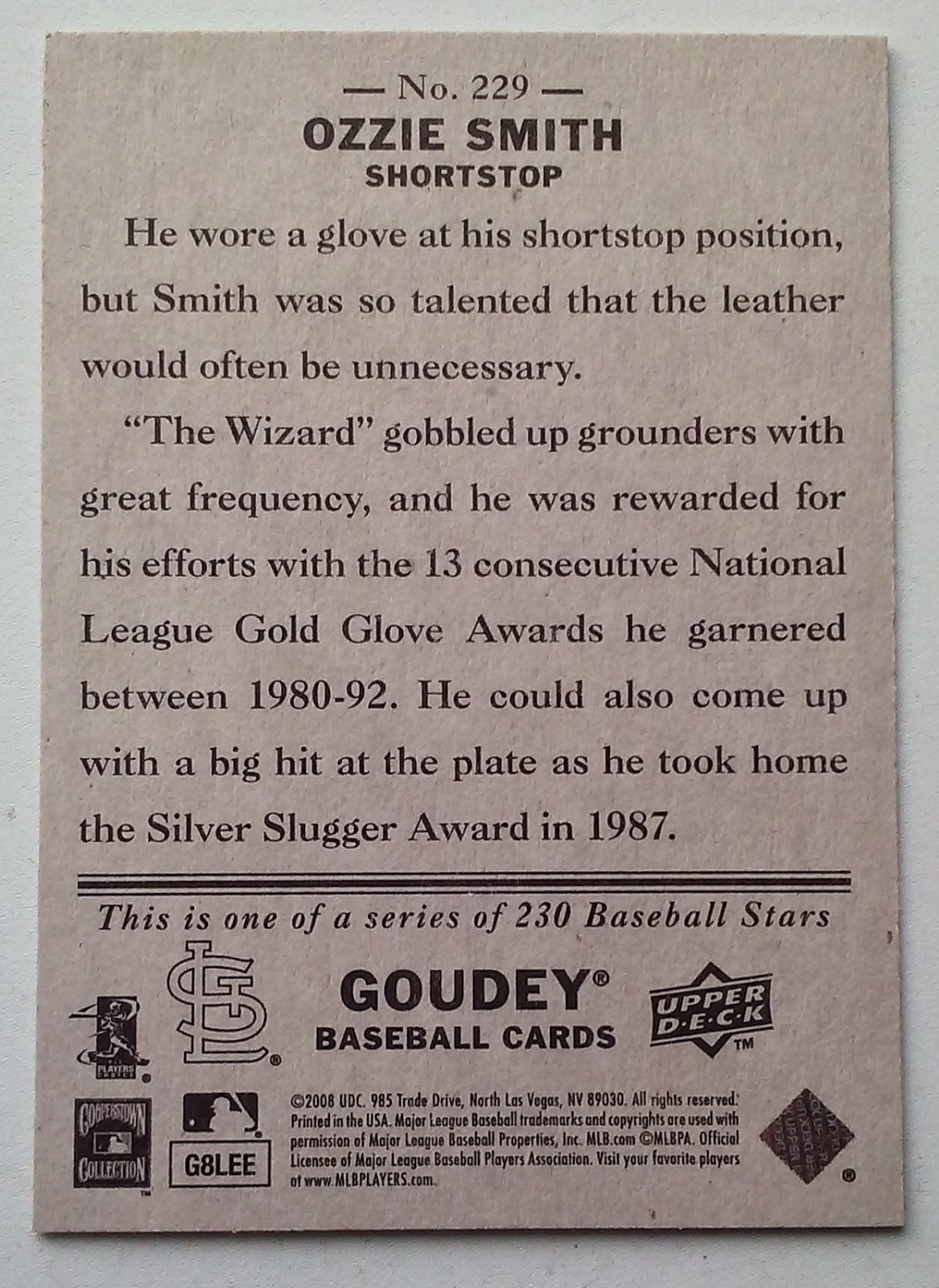 The text echoes the SABR Stats above by mentioning Ozzie Smith's 13 consecutive Gold Gloves and also goes on to mention his 1987 Silver Slugger.

The above Ozzie Smith card is a short print in the set and was packed pulled from a blaster.