Performance for the Planet: Earth Day 1990

I have been to numerous festivals throughout my years of concert going. Many of these shows have been to raise awareness for various causes (with varying degrees of merit). 25 years ago on April 21 1990 I went to one to celebrate Earth Day. 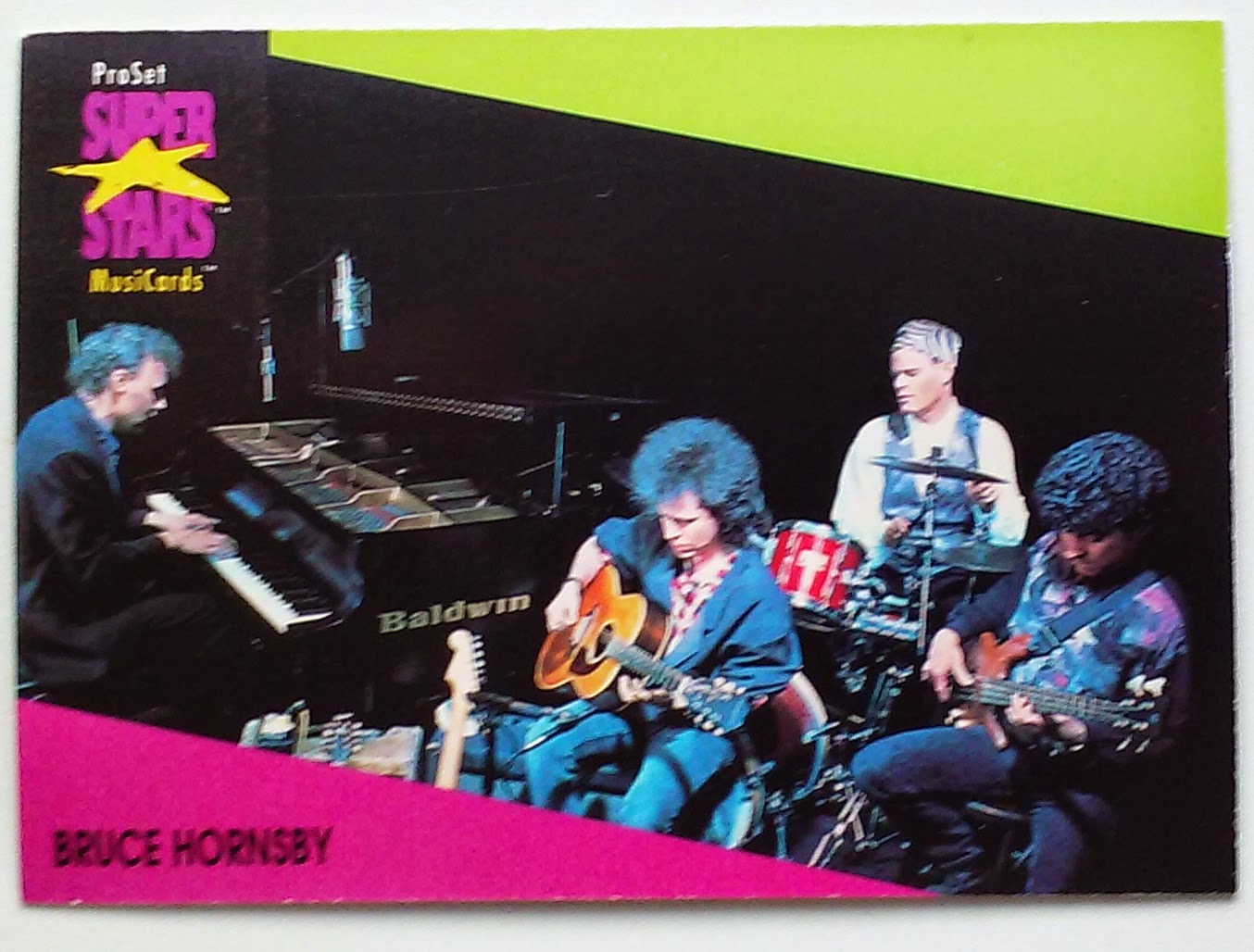 1990 Marked the 20th Anniversary of Earth Day. Which seemed like a pretty noteworthy accomplishment at the time. Today in 2015 we mark the 45th earth day,

This means we are now five years further removed from the 20th anniversary than that milestone was from the events inception.

The 20th Anniversary Concert held at Columbia MDs Merriweather Post Pavillion featured at least a dozen acts including Bruce Hornsby who appears on the above trading card.

Year of the No-Hitter
A few weeks ago we mentioned Mark Langston starting a no-hitter (that was completed by teammate Mike Witt). While I was reading up on Langston I cam across an interesting piece of celebrity networking gossip. Langston and Bruce Hornsby are close friends. They met after a Range concert in Seattle.

When he was a free agent prior to the 1990 season Mark Langston checked in with Bruce Hornsby while scouting the Dodgers and Angels. The first phone call Langston got after pitching his no-hitter was from Bruce Hornsby.

Bruce Hornsby and the Range were not the only act involved in the Earth Day Concert.

The Earth Day show had to be one of the first that I had been to that had a program. Twenty-Five years later it makes for a fun read. Notable bands included Michelle Schocked, Billy Bragg, Baltimore Mainstay Crack The Sky, The Indigo Girls, Fabulous Thurnderbirds (featuring Steve Ray Vaughn's brother Jimmie, KRS-One, Ziggy Marley and 10,000 Maniacs

Sources and Links
Vittles Tunes - index of our Music related posts
1990: Year of the No-Hitter