This year the Phillies will don their #42 Jerseys while visiting the Mets for Jackie Robinson Day. The Mets have honored the baseball heritage of the area in their new home at CitiField with numerous references to Robinson and the Brooklyn Dodgers.

The facade on the front of the building is an homage to Ebbets Field, Home of the Brooklyn Dodgers. The entry way is a rotunda with a large Blue 42 honoring Robinson as a focal point. 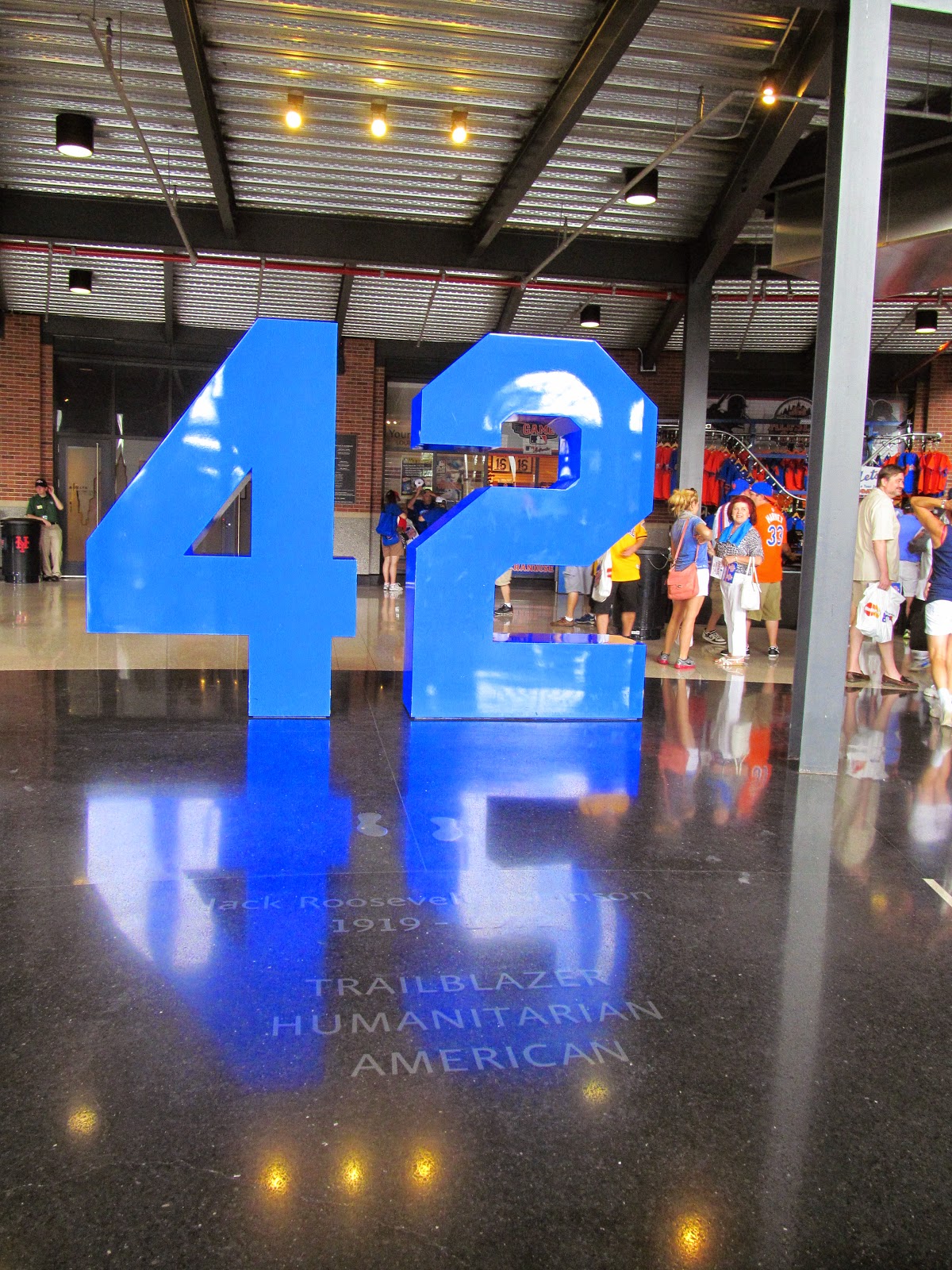 I remember hearing some complaints regarding the amount items in the Mets new stadium that are dedicated to the legacy of the Dodgers. It may be a legitimate concern, but he Mets to have a nice albeit small museum/Hall of Fame off the rotunda. It appears to feature rotating exhibits, we were in New York when the Mets were hosting the All-Star game and they had several artifacts dedicated to past ASG hosted by the Mets and past performances by Mets in other mid-summer classics. The Museum also had both of the Mets World Series Trophy's on display.