We are struggling to get over the finish line on our 1964 Phillies Feature. Today we take a look at pitcher Dallas Green. 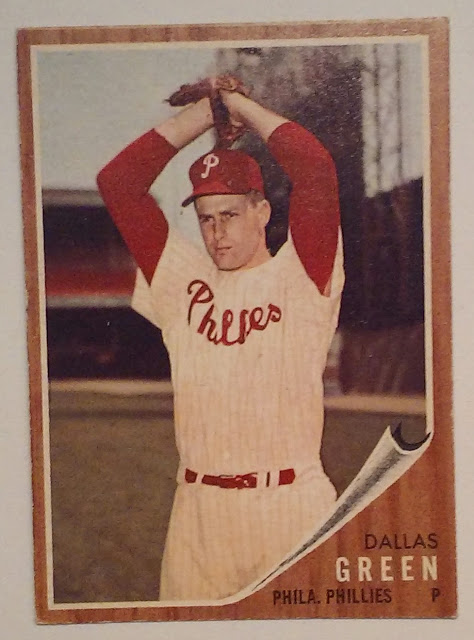 I had originally planned on featuring the three Manager related cards Gene Mauch, Pat Corrales, and Dallas Green all in the same week or time frame, but that fell apart. And I got scolded by Jim From Downingtown who correctly noted that the Corrales card was not a manager card. And neither is this 1962T card of Dallas Green.

Phillies fans know that Dallas Green was the manager of the 1980 World Championship team, A team with core players that reached the playoffs several times but was unable to get to the World Series. However two things folks may not know are that 1) he is a local born and raised in Delaware and 2 he was part of the only Phillies team between the Whiz Kids and the Late 70s playoff teams to get near the Postseason.

Dallas Green spent parts of six seasons with the Phillies including 42 relief innings with the 1964 squad. The then 29 year old Green was the longest tenured member of the 64 Phillies, unfortunately he had an extremely tough campaign which resulted in a mid-season demotion to Triple-A. Green did return to the club in September, just in time to be part of the infamous collapse.

Late in the 1979 season Dallas Green's managerial career began when he took the reins of a 5th place Phillies on an interim basis. The teams 19-11 finish earned Dallas the full time position, and he led the club to their first World Championship.

Dallas Green 2015
As many know the Green family experienced a tragedy in 2011 when Christina Taylor Green, Granddaughter of Dallas, was one of six people fatally shot by a gunman who targeted congresswoman Gabrielle Giffords at a Meet and Greet event.

MLB.com columnist Hal Bodley who was University of Delaware classmate of Dallas Green asked the former Phllies manager if it is difficult to continue in an unimportant activity like baseball when dealing with a tragedy of such magnitude. Green responded:

“[Baseball] has helped me, because you sink yourself into the work,”

And Dallas Green does remains active with the Phillies. He largely fills an ambassador role and makes it out for several fan related events every year. 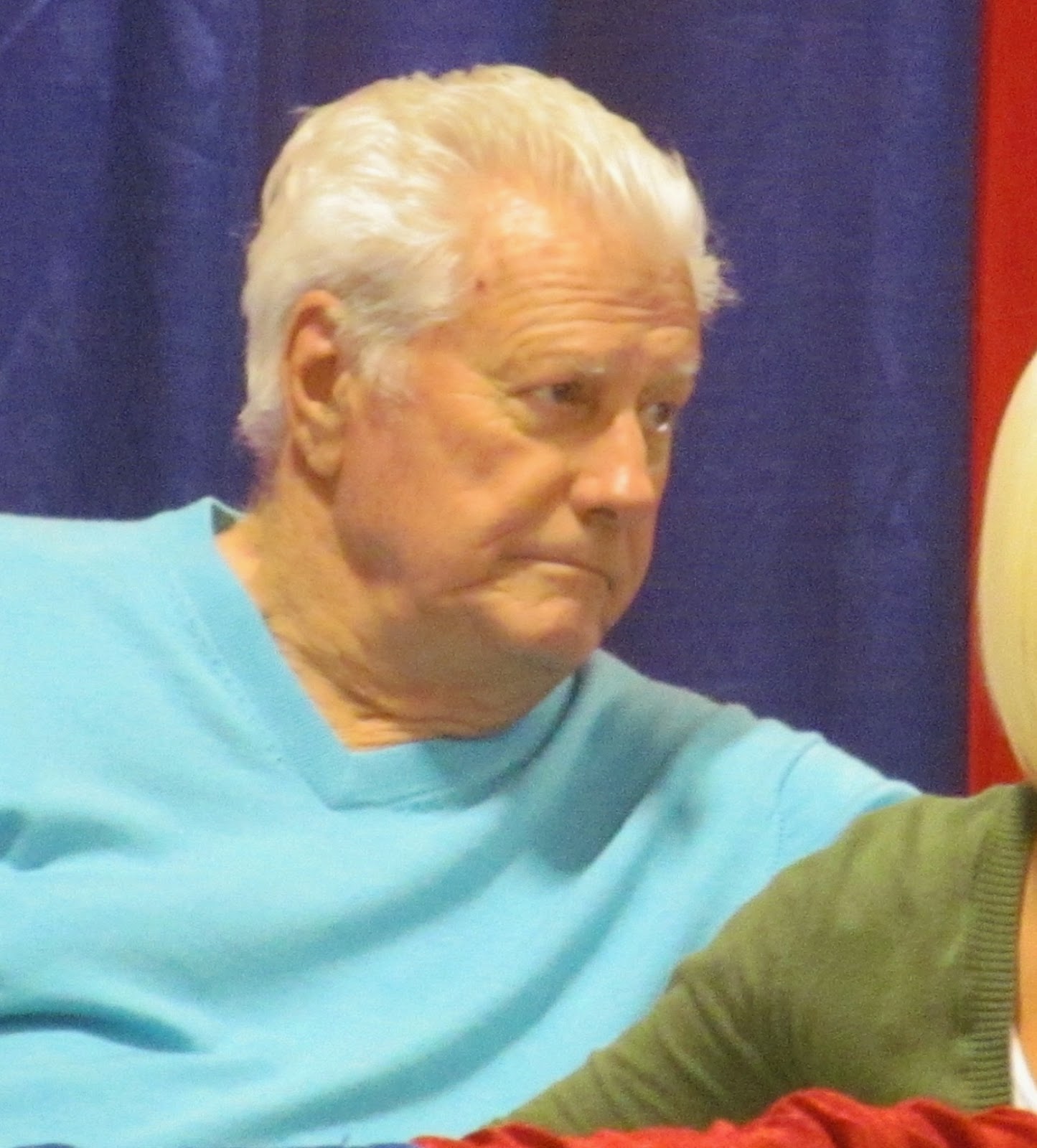 I saw Dallas Green at an autograph appearance last fall. At age 80 he still appears active and healthy. Looked a lot better than Pete Rose (74) who was at the same show.