Couple of Pictures from the Cooperstown Classic which was played just down the street from the Baseball Hall of Fame on Saturday May 23rd 2015. 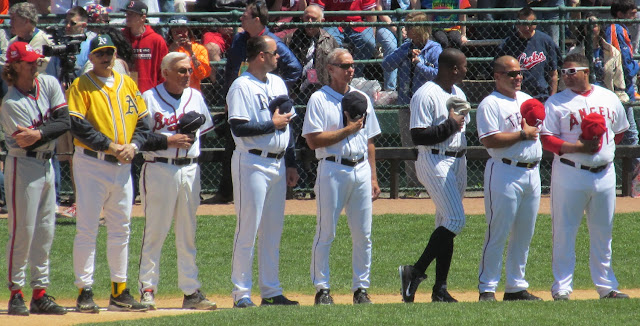 The teams were broken down loosely into AL and NL squads although the AL Captain was Braves Rep Phil Niekro.

For the Alan Trammell supporters here we have a pix of the Tigers Shortstop at the Hall of Fame. 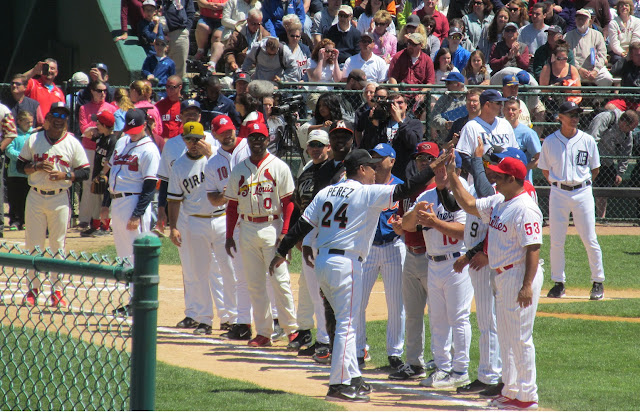 Apologies to Night Owl, but Ron Cey is shielded here. The Phillies had at least six alums in the game including Abreu, David Delucci and Perez. 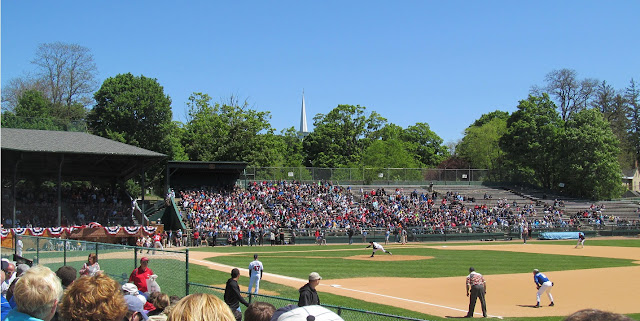 As you can see it was a Beautiful day for a game. Short time Phillies Pitcher Roy Oswalt represented the Astros. 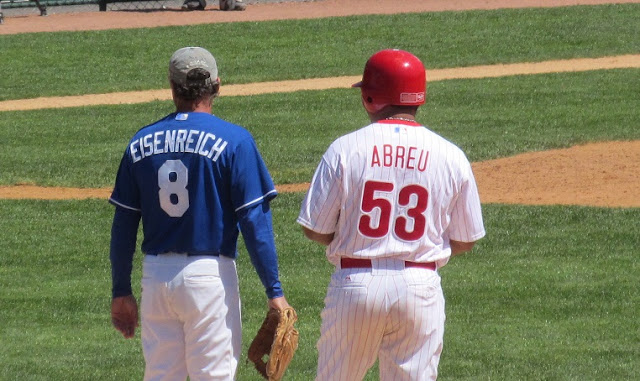 A pair of Phillies Outfielders at First Base. 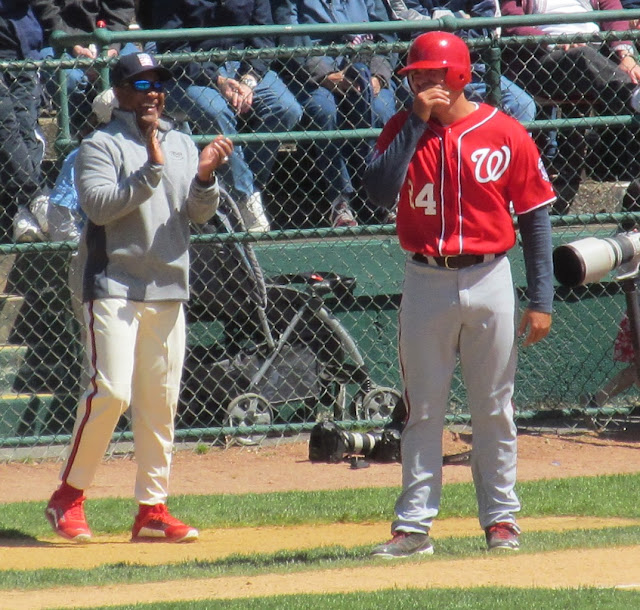 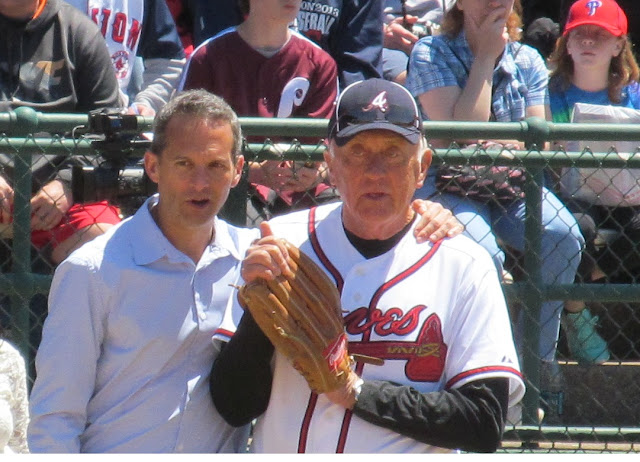 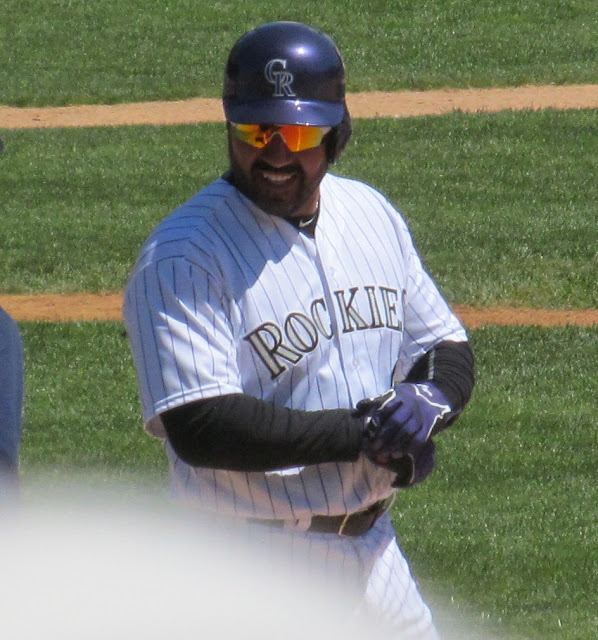 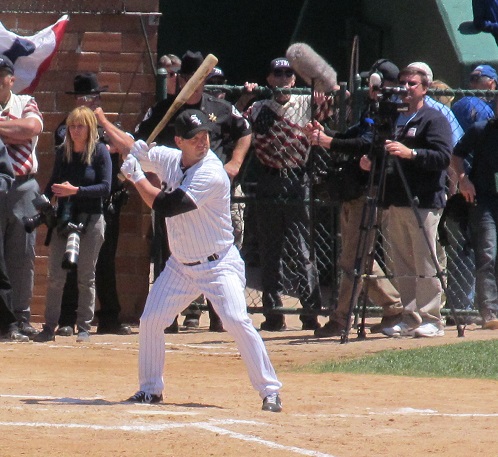 The Bob Feller award for Game MVP was given to Aaron Rowand who Homered off Steve Avery. For the HOF game Rowand who played a couple of seasons with the Phillies Represented the Chicago White Sox. 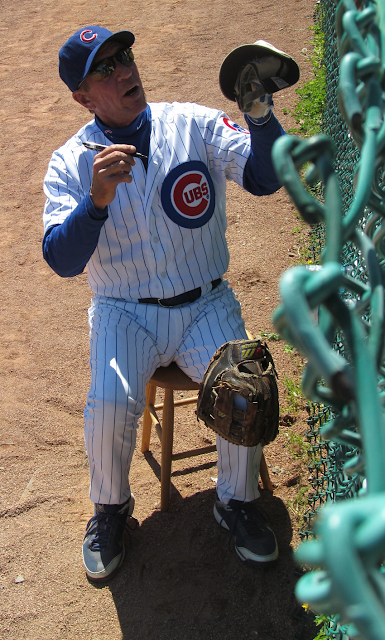 Good Guy Award goes to Bob Dernier, although it may not be just because he is fan friendly. Bobby D was the RF ball boy and happened to be next to the stands and signed dozen of autographs between innings.

Quick Notes
--I have never seen a steal of Home in a real Game but saw one at the Classic, Brady Anderson the back end of a double steal.
--Saw two players lose bats into the stands (Ankiel, Homer Bush). That probably should not happen in an exhibition game of this type.
--I am pretty sure Brian Holman's career ended due to injury and I can see why. It took everything the man had to push the ball 60 ft 6 inches.
--Greg Cadaret who I am not at all familiar with was awful. In a game where the only job for a pitcher is to get the ball over the plate and every pitch is a strike Cadaret could not throw one.
--The Baseball Hall of Fame Jersey is Ugly (see Robin Yount in Pix 1 or Ozzie in pix 2 above)
--
Sources and Links
Baseball Hall of Fame
Baseball-ref
Posted by deal at 8:11 PM

Always good to see Row at the plate. What the heck uni is Yount wearing?

That is the Baseball Hall of Fame jersey, they are UGLY. Ozzie is wearing the home version of the Uniform.