Today we have another Year of the No-Hitter posting which is only a Lo-Hitter or Near-Hitter. On May 27th a then 24 Year Old John Smoltz was facing the Phillies at the Vet on Beach Towel Day and he took a No-Hitter into the 9th inning. 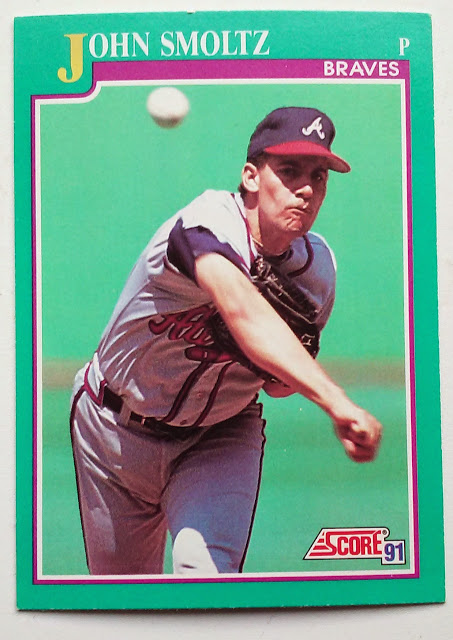 Unfortunately for Smoltz it was not to be, One of the three remaining outs he needed was Lenny Dykstra who was batting .408 going into play that day.  With a 6-0 lead Smoltz decided to challenge the hottest hitter in baseball and Lenny doubled down the right field line.

Box Notes
The man that broke up Smoltz's No-Hitter was Lenny Dykstra, who was batting .408 going into the gaem. The Phillies staring pitcher that day was Terry Mulholland, whom we will hear from a bit later in our Year of the No-Hitter series.

Smoltz's Reaction
When asked about the Near Miss post game Smoltz referred to Dave Stieb who had lost not one but two no-hitters in the ninth inning:

"I never knew what Dave Steib went through. Now I do - even though mine was one out earlier."

Like the aforementioned Terry Mulholland we will here from Dave Stieb later in this series as well.... 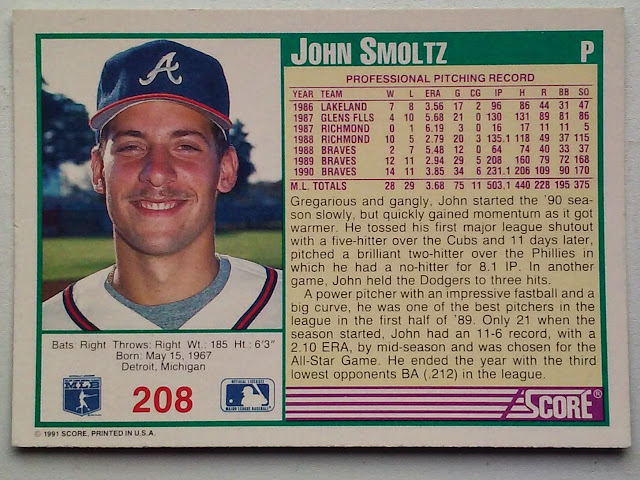 The documented in the first paragraph of text on Smoltz's 1991 Score Card. I had several options of cards to post noting the near-hitter and Score's recognition of Smoltz's big day made the choice easy.

It's in the Cards
A lot of reasons are given for Topps relegation to the second tier of trading cards in the 90s - Holograms, Photography, Relics, Autos etc. One I rarely see mentioned is the difference in copy. Check the text on the back of the 1991 Topps Smoltz Card. 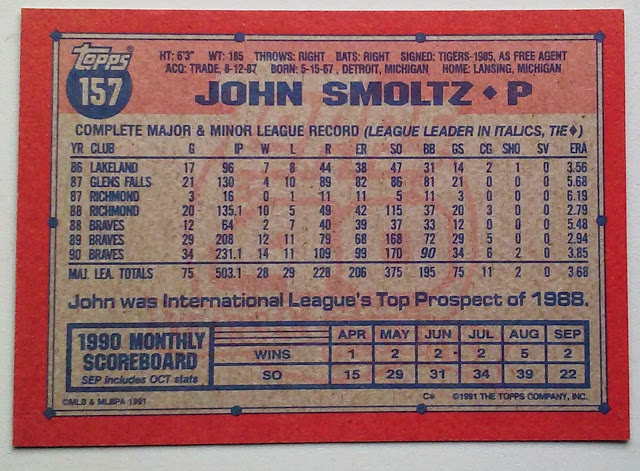 One line on John Smoltz's 1988 Season at Richmond. The A-Side is fine enough though. 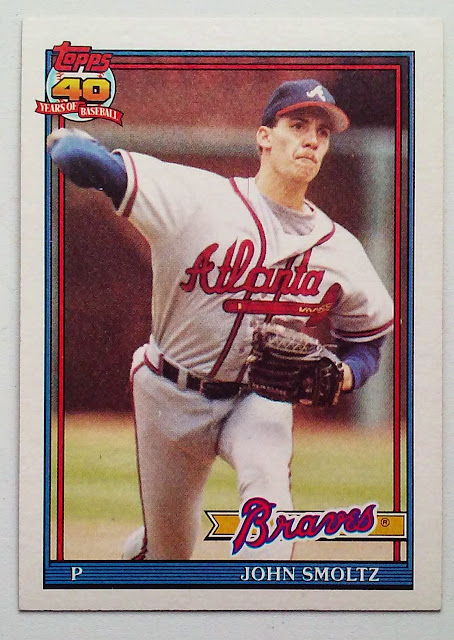 Nice early card of Smoltz pre-mustache. There is a lot to like about 1991 Topps, nice design lots of great shots throughout the set. I have always been fond of cards where an element of the photo pops out beyond the border a bit, On the Smoltz card his pitching hand extends just beyond the edge as if he is going to throw a fastball through the frame.