Chad Billingsley is scheduled for his first start with the Philadelphia Phillies on Tuesday. Don't have any Phils card for him yet so we will go with a RC. 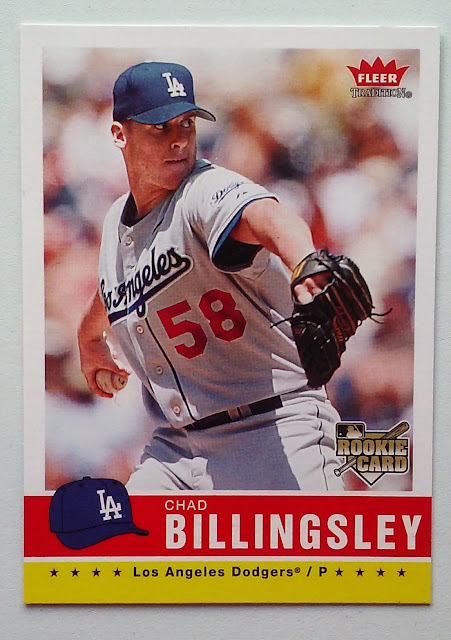 Not sure what that will look like WAR-wise. If he pitches as well as Aaron Harang's first couple of starts that would be great. I will go with +1.6 WAR which is what Billingsley posted in 25 starts during the 2012 season.

I like the minimal yet colorful front of the cards, The Baseball Cap is a nice touch.

However the flip shows off one of UDs biggest weaknesses. They regularly put no effort into the back of the cards.