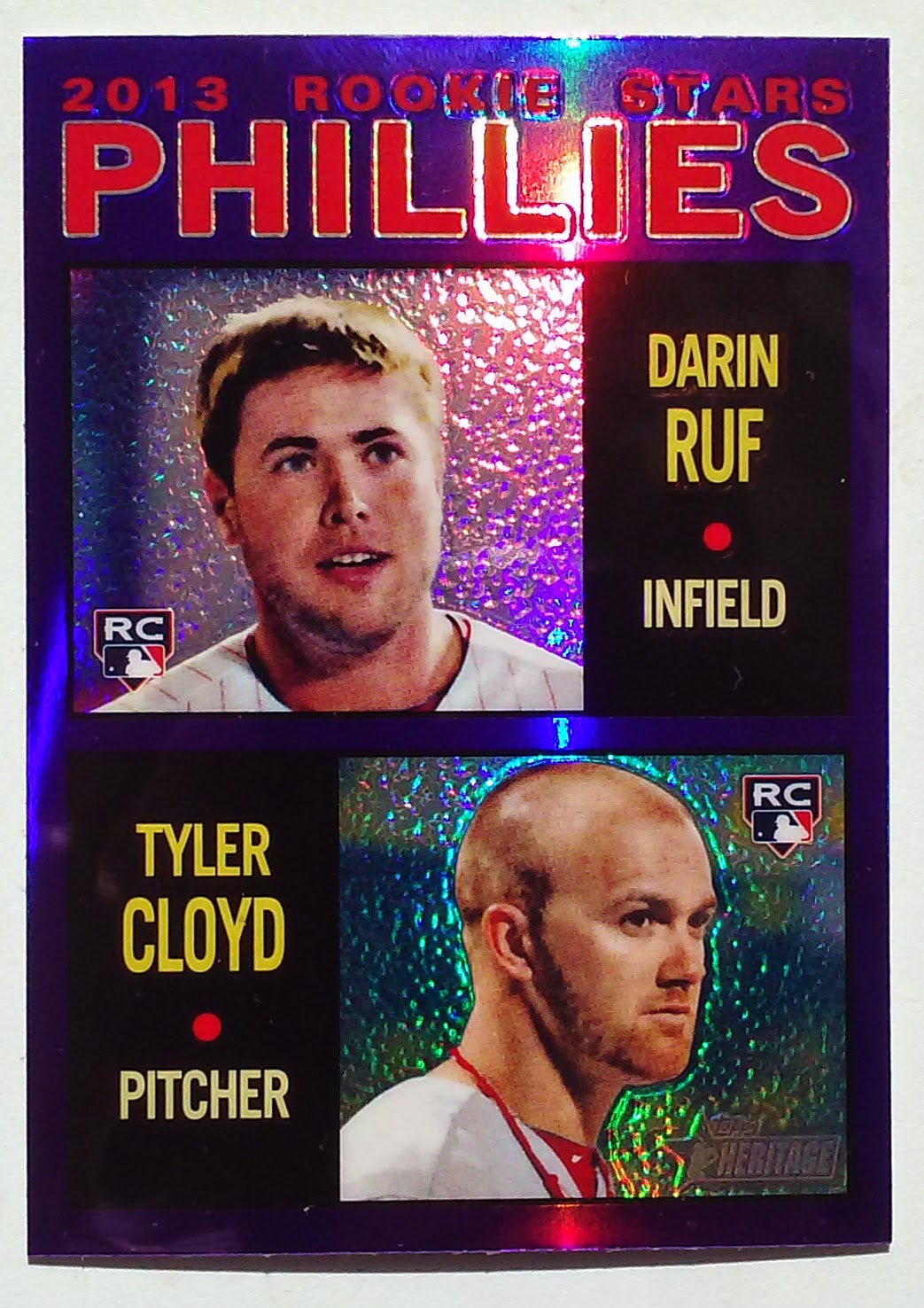 Darin Ruf is a First Baseman, trouble is the Phils are already paying somebody $25MM dollars to play that position. He can also play outfield, trouble there is the Phillies are trying to figure out if any of their younger players can play those positions.

That leaves Ruf as a man without a position. He has shown some signs that he can hit if given the opportunity. And in 2015 Ryne Sandberg has moved forward and started Ruf as part of a platoon at first base. I think by the end of May if Ryan Howard doesn't show he can return to some sort of form that Darin Ruf may see a larger role at first.

2013 Heritage
This is a purple refractor which likely originated as a bonus in a Toys R Us Rack. I picked it up in a trade package from Cards on Cards. Once again we must talk about position, not sure why Topps went with the general position of infield for Ruf. He has always been either a first baseman or corner outfielder outside of a couple of games at 3B, but not enough to declare IF for his position.

2015+
Darin Ruf is moving into his prime hitting years, position-wise to this point he has always been moving around. I See him sticking as 400 PA first base/OF player this year but not contributing much more than a replacement level play +0.5