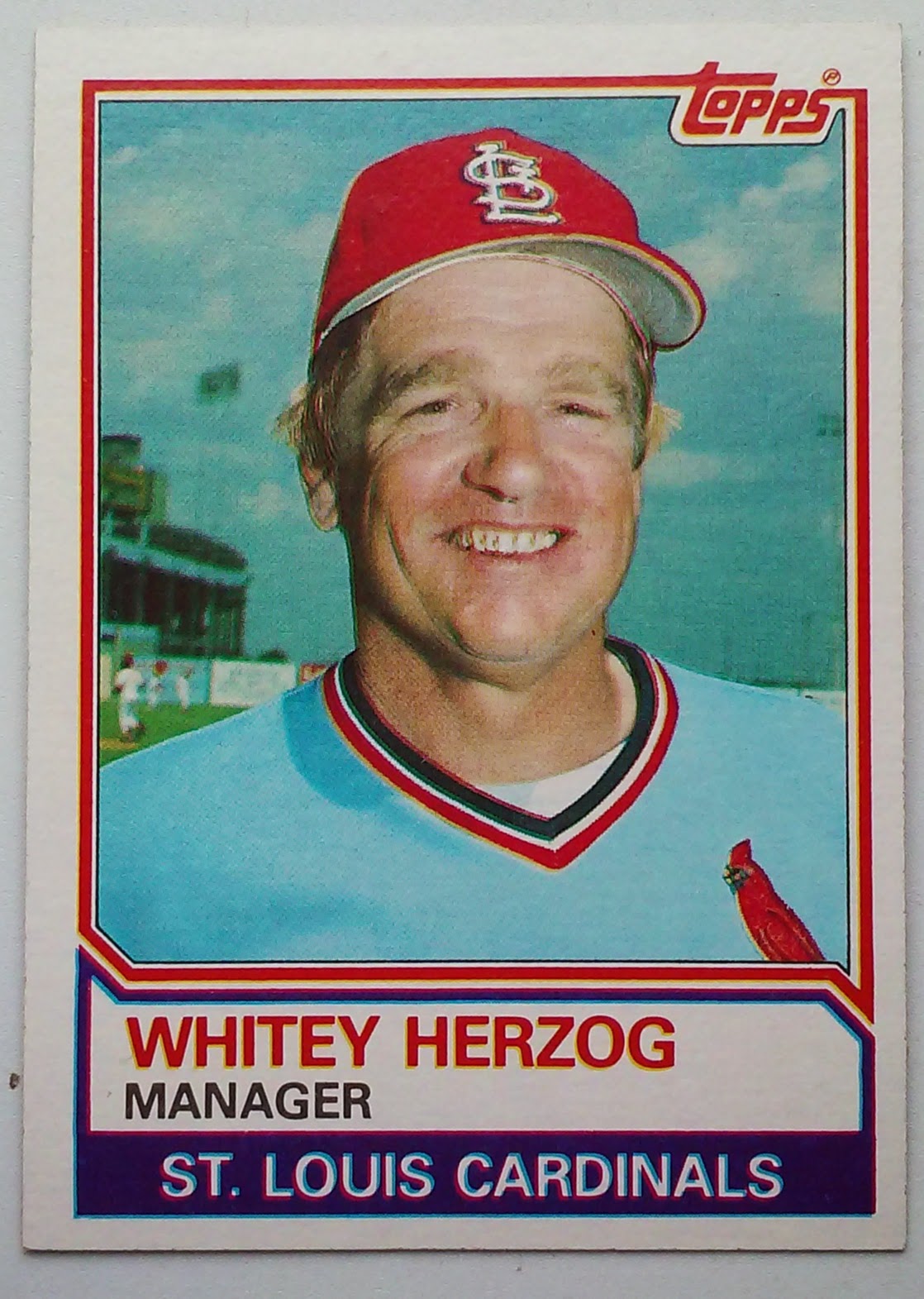 Whitey Herzog led the Cardinals to three NL Pennants and a World Championship during 11 seasons as the clubs manager. His 822 wins with the Cardinals rank 3rd in team history behind fellow Hall of Famers Tony LaRussa and Red Schoendienst. 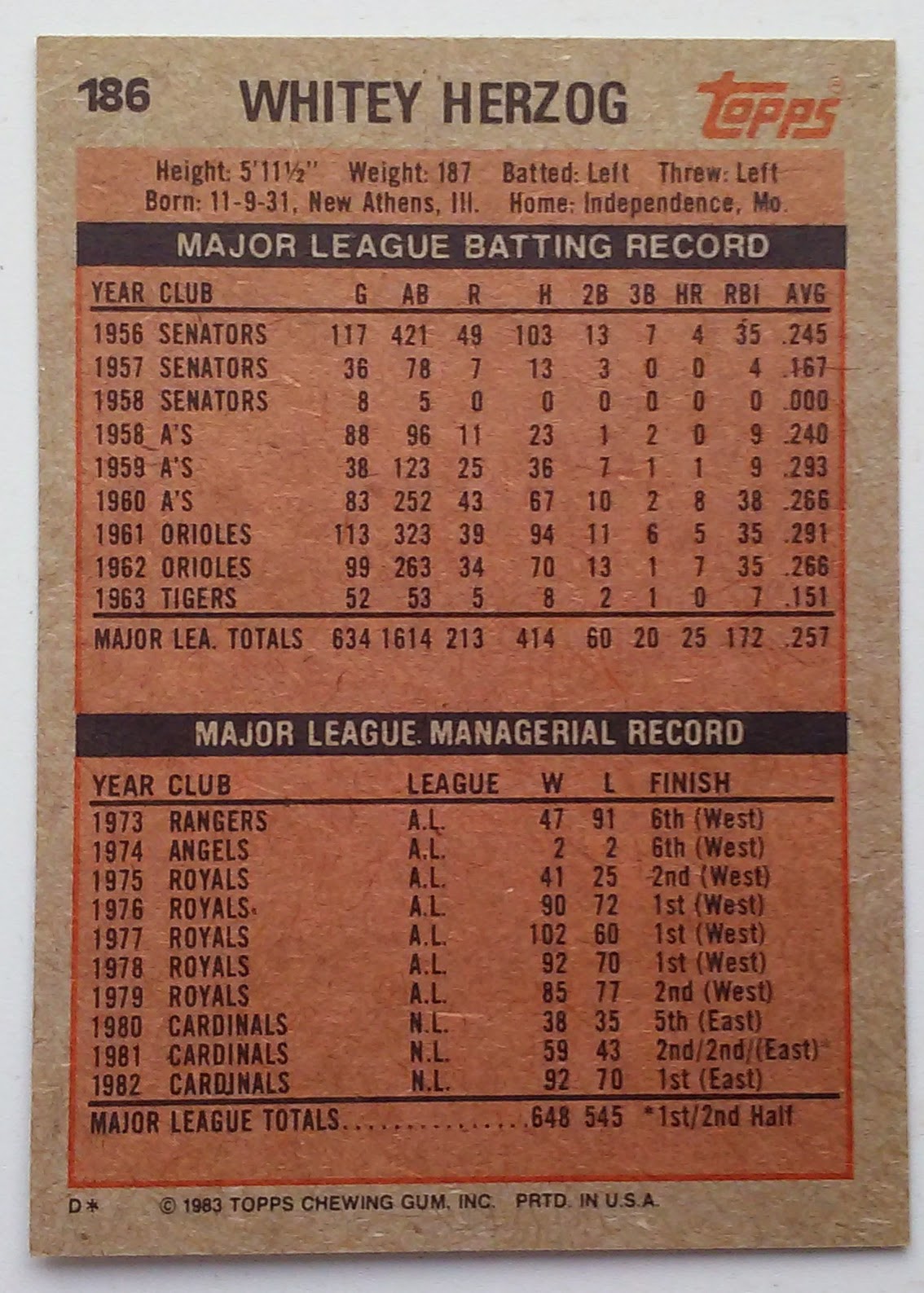 This 1983 Topps card captures Herzog fresh off the Cardinals World Series victory. Note that the final line of the card tells us his 1982 Cardinals squad finished in first place in the East with a 92-70 record, but it does not mention the teams World Championship.

Above in Whitey Herzog's playing stats one sees that his career lasted eight seasons with four clubs. He was primarily a backup outfielder who never started more than 100 games. In 1959 he had an impressive .446 OBP in 157 plate appearance, the following year he had career highs in HR (8) , RBI (38)  and Runs Scored (43).