Last nigh we discussed HoF catcher Cartlon Fisk. Today we transfer from one Carlton, Fisk, to another, Steve. 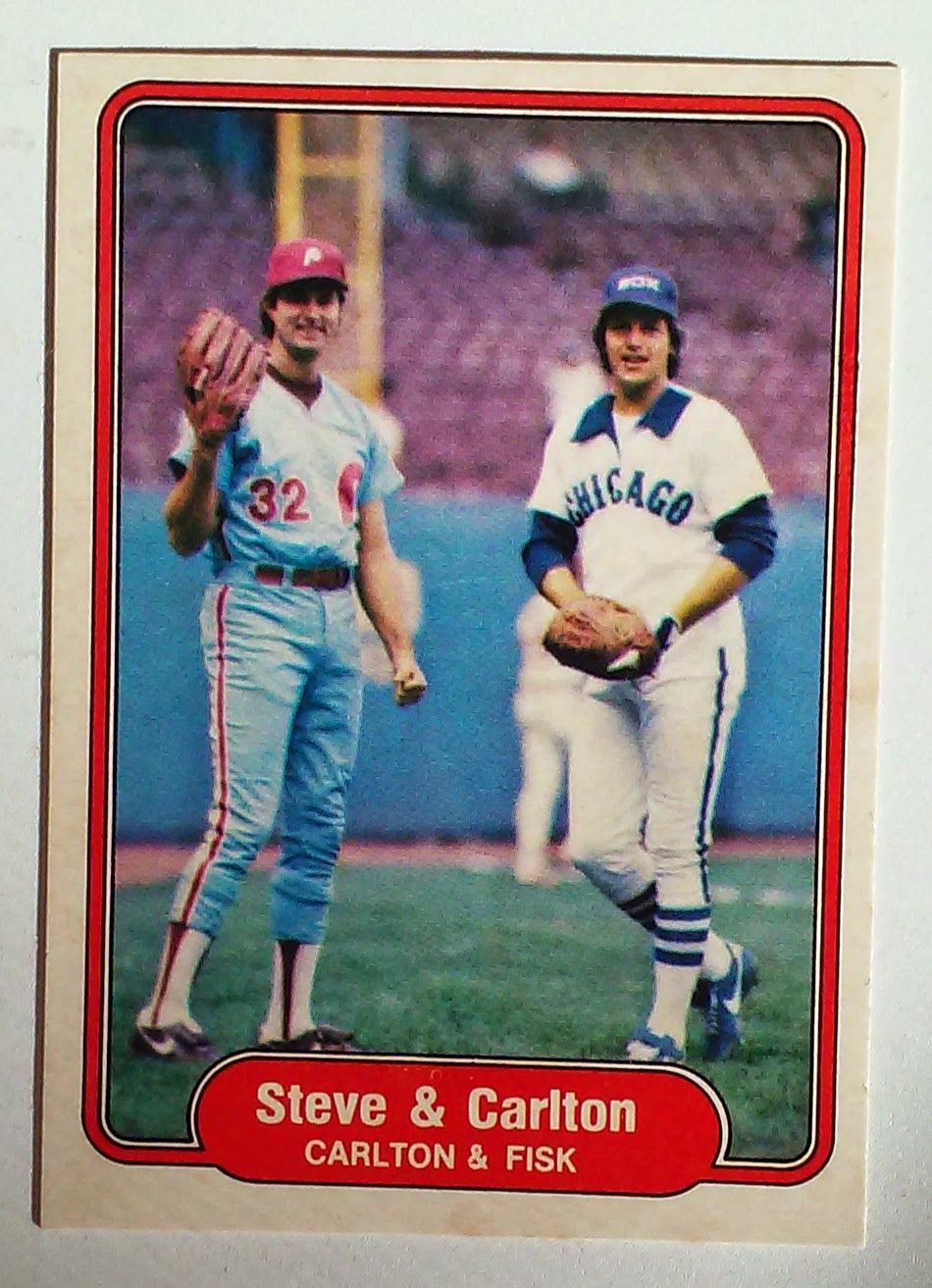 This is a fun card from 1982 Fleer - their second set after returning to the baseball card market in 1981.

The Photo was taken at the 1981 All-Star Game in Cleveland. Due to a players strike the game was not played until August 9th. The game reintroduced the second half of the baseball season which in 1981 was played as a split season.

Steve Carlton made the All-Star team but did not play in the game. Fisk started behind the dish for the AL and went 1-3 with his hit coming off of Burt Hooton. 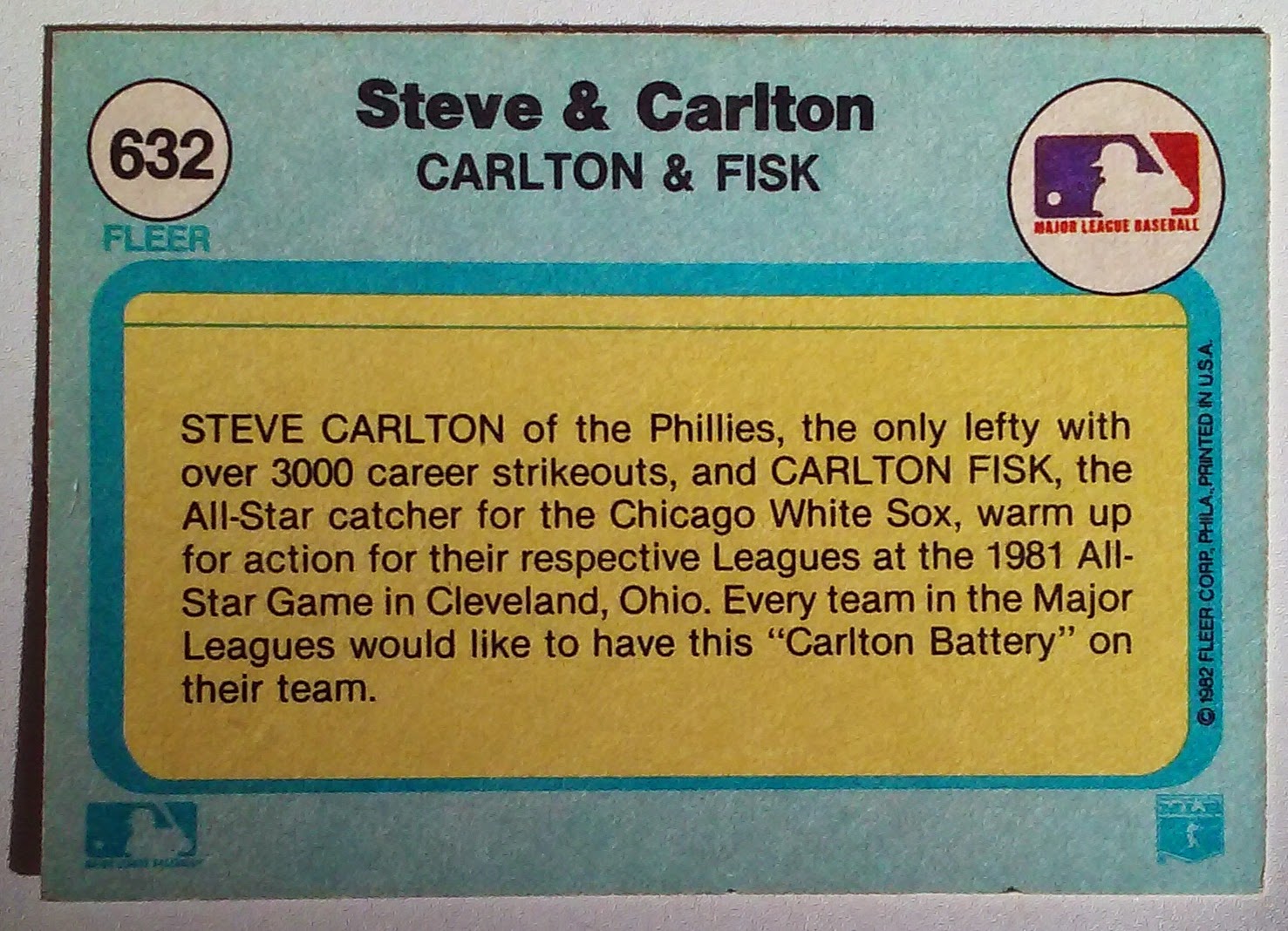 The flip side gives some brief details on the two Hall of Famers and the ASG. It also contains the "Carlton Battery" term which I ripped off for the title of this post

I was curious if the picture on this card might be a photo taken by Steve Babineau. He was a Fleer Photographer who took a lot of pictures at the Vet for the brand. He was interview by Baseball Cards come to Life here. I found no evidence this was one of Babineau's photos but the interview is a fun read.

Cards don't get any more "Fleer" than this one... it's been a favorite since it came out.