Tonight the Phillies open their series with Pirates by facing the reigning NL pitcher of the month. Gerrit Cole 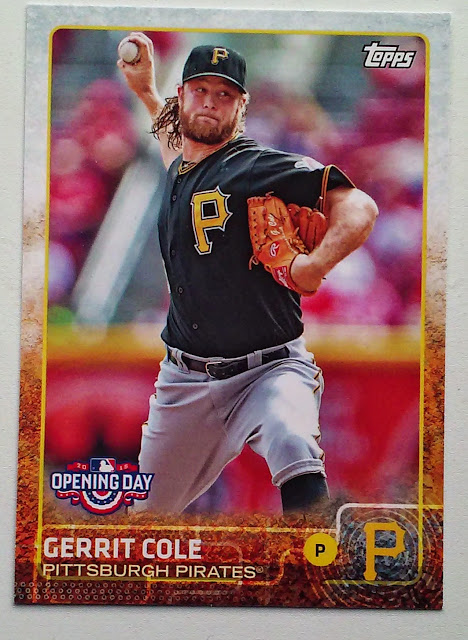 The 24 year old right-handed hurler earned the award with a stellar 1.76 ERA, 4-0 start. In is 30 2/3 innings of work he struck out 35 while only allowing a single home run (Reds Todd Frazier)

2011 Draft
Gerrit Cole was the first overall pick of the 2011 draft and is one of the big reasons the Pirates have high hopes for the 2015 season.

We are nearing the four year mark for the 2011 draft and several big names have already emerged from the class. Cole is one of three impressive RHP from the first round who have already emerged, The other two are the Marlins Jose Fernandez and The A's Sonny Gray. Kolten Wong, George Spiringer, and the injured Anthony Rendon lead the batters from the round. Mookie Betts is the most significant player taken after the opening round.

The Phillies did not have a First Round Pick in 2011, There second round pick, Roman Quinn, has been a success so far and is off to a good start in 2015 with AA Reading. In the latter rounds the Phillies were able to pick up two players that are currently making contributions at the Major League Level Cody Asche (4th round) Ken Giles (7th).

Sources and Links
2015 Topps Index
WAR and the Draft