On Tuesday May 12th Yogi Berra will celebrate his 90th birthday. 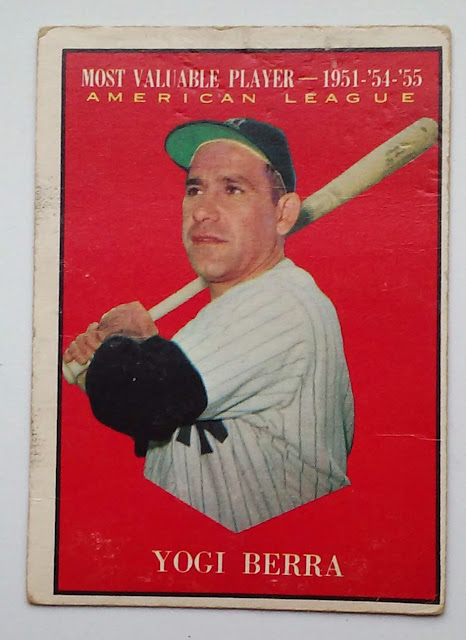 The 1961 Topps MVP subset honors 16 MVPs of the 1950s. Yogi Berra along with Catching Contemporary Roy Campanella are the most decorated players in the subber, each having won three MVPs during the era. 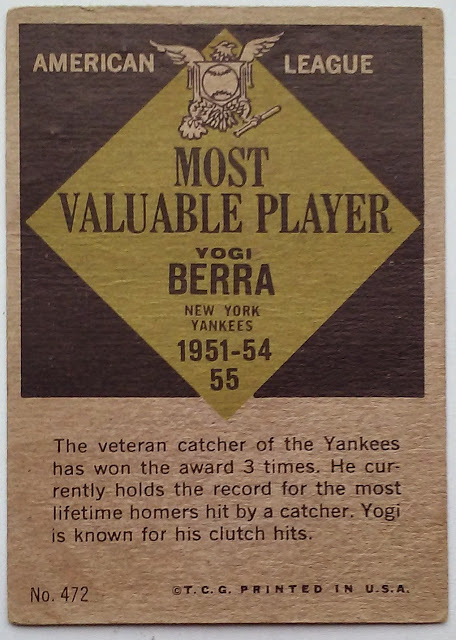 The reverse of the card mentions the 3 MVPs, and Yogi's HR Record for catchers which was 318 at the time. He went on to hit 40 more Home Runs to finish his career with 358. Since then Berra has been passed by Mike Piazza, Johnny Bench and Carlton Fisk and now ranks fourth all-time.

Yogi's granddaughter Lindsay is a reporter with MLB.com. She authors an entertaining Twitter feed @lindsayberra which occasionally has great historic pictures and other info for Yankees fans.