Yes In a year where I am devoting an entire series to No-Hitters, I almost missed the Anniversary of Roy Halladay's Perfect Game. 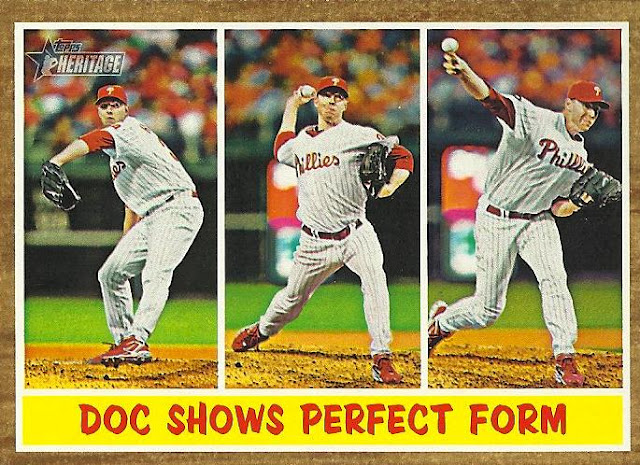 The Perfecto that Halladay pitched in Miami five years ago was the third shutout of the young season for the Phillies Ace. In what is likely a Hall of Fame Career, 2010 may have been Halladay's career peak. He led the NL in WAR for all players, it was one of four times that Halladay Led his league in Pitching WAR.

That was good enough for Halladay to pick up his 2nd Cy Young Award however The MVP award that season went to Joey Votto. Votto was a member of the Cincinnati Reds Team Halladay No-Hit in game one of the NLDS.

Sources and Links
the Phillies Room
1990: Year of the No-Hitter Index
baseball-ref