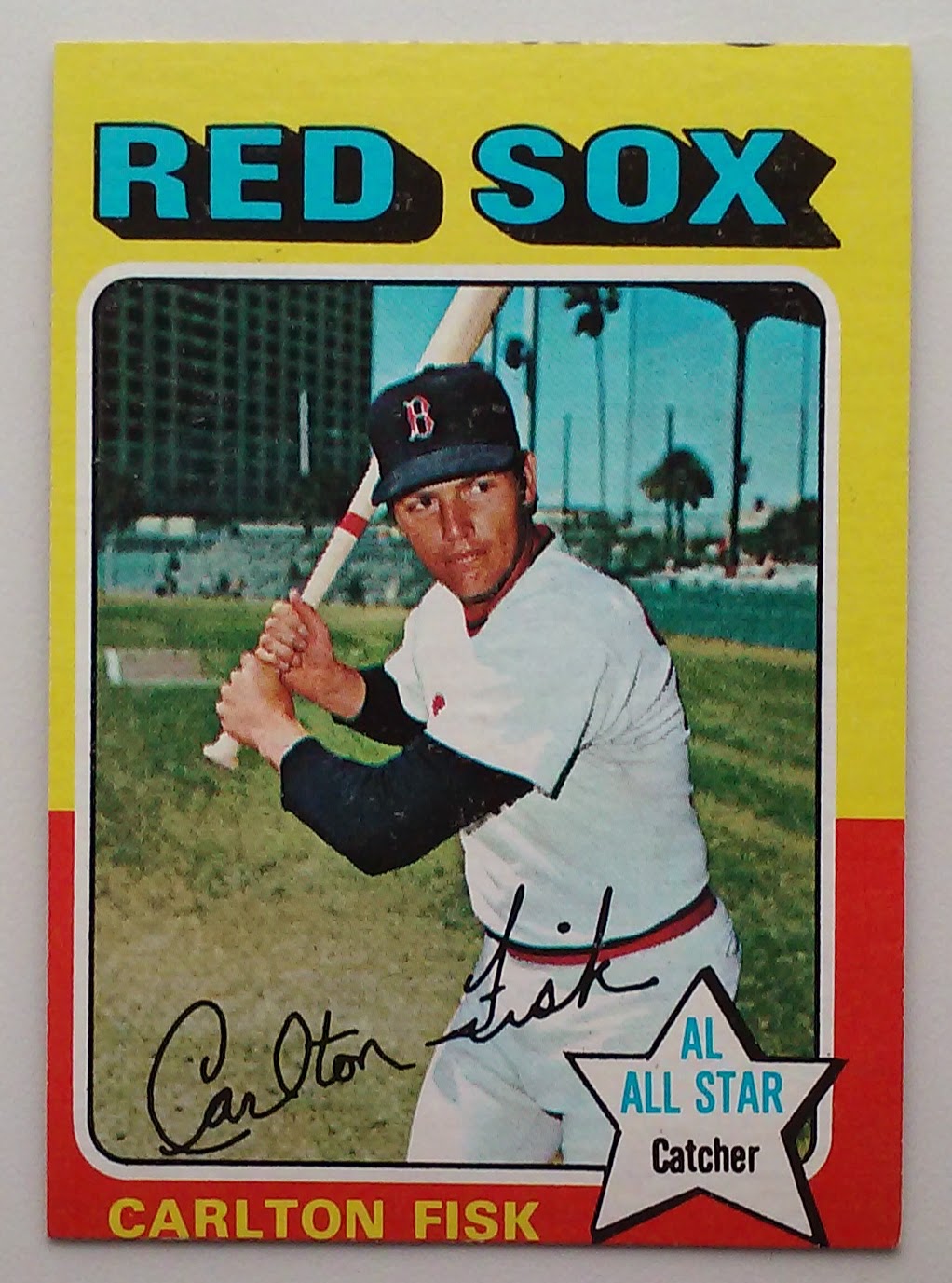 Carlton Fisk played 11 of his 24 seasons with the Red Sox. He was a member of their 1975 squad that took the Reds to seven games in that years very exciting series. His Home Run in game 6 of that series is when of the most discussed in the history of the game.

"Pudge" was not a one hit wonder,

The unanimous selection for AL Rookie of the Year in 1972 was an 11 time all-star, he cranked out 376 Home Runs (3rd among Catchers behind Johnny Bench and Mike Piazza) on his way to winning 3 Silver Slugger Awards and a Gold Glove.

He returned to the Postseason one other time with the 1983 White Sox with whom he spent the second half of his career. He was inducted in the Hall in 1990 on his second ballot. 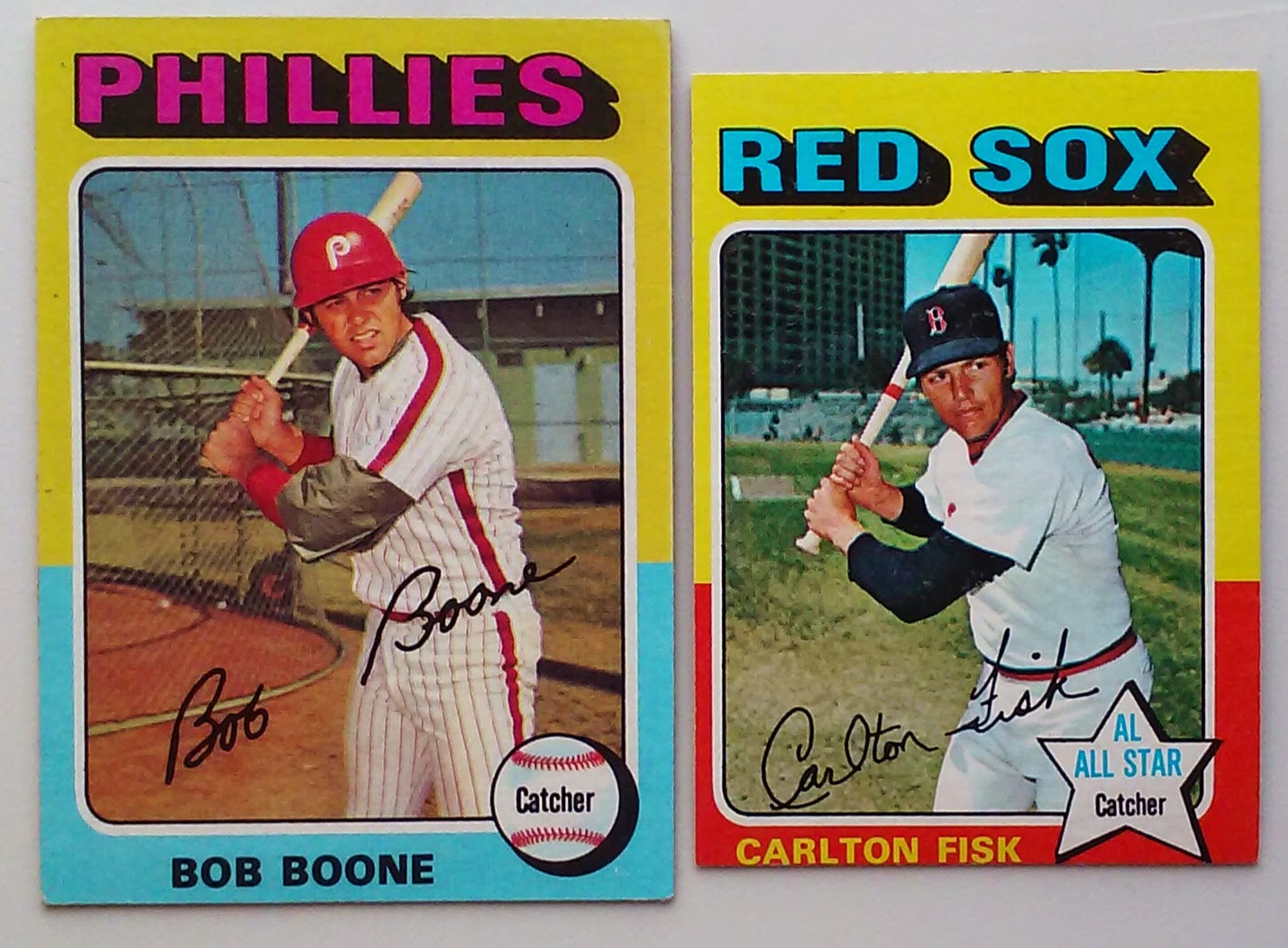 Carlton Fisk played baseball at one of the games most grueling positions until past age 45. He hung around long enough to break Bob Boone's record for career games caught. The record game occurred on June 22 1993. It was Carlton Fisk's last career game. He went 0-2 with a sacrifice.  The last man to pitch to Fisk was Alex Ferrnandez.

1975 Topps
There are many reasons that 1975 Topps is one of the classics, The design is colorful and instantly recognizable. One of my favorite details is the All-Star flair. Unlike the Rookie Cup which often remains unchanged for years Topps comes up with a new All-Star logo most releases.

Most years it is some sort of added icon. In 1975 it is a Star where the player position is located. Off the top of my head this is the only year that the AS Logo flat out replaces a design element.

I have presented FIsk here with the Previous Catching Games Record Holder, Bob Boone. I paired the two cards mostly to display the size difference for the mini, but we also get to see both record holders along with the AS flair compared to the vanilla Baseball Position log.


Check My Math
If my count is correct this is the 3rd time the Yankees have been on Sunday Night Baseball, while the World Champion San Francisco Giants have yet to be featured.