Domonic Brown ON the Ballot but OFF the Roster

There are a couple of these every year, Players on the All-Star Ballot but not on a Major League Roster. This year one of them represents the Philadelphia Phillies 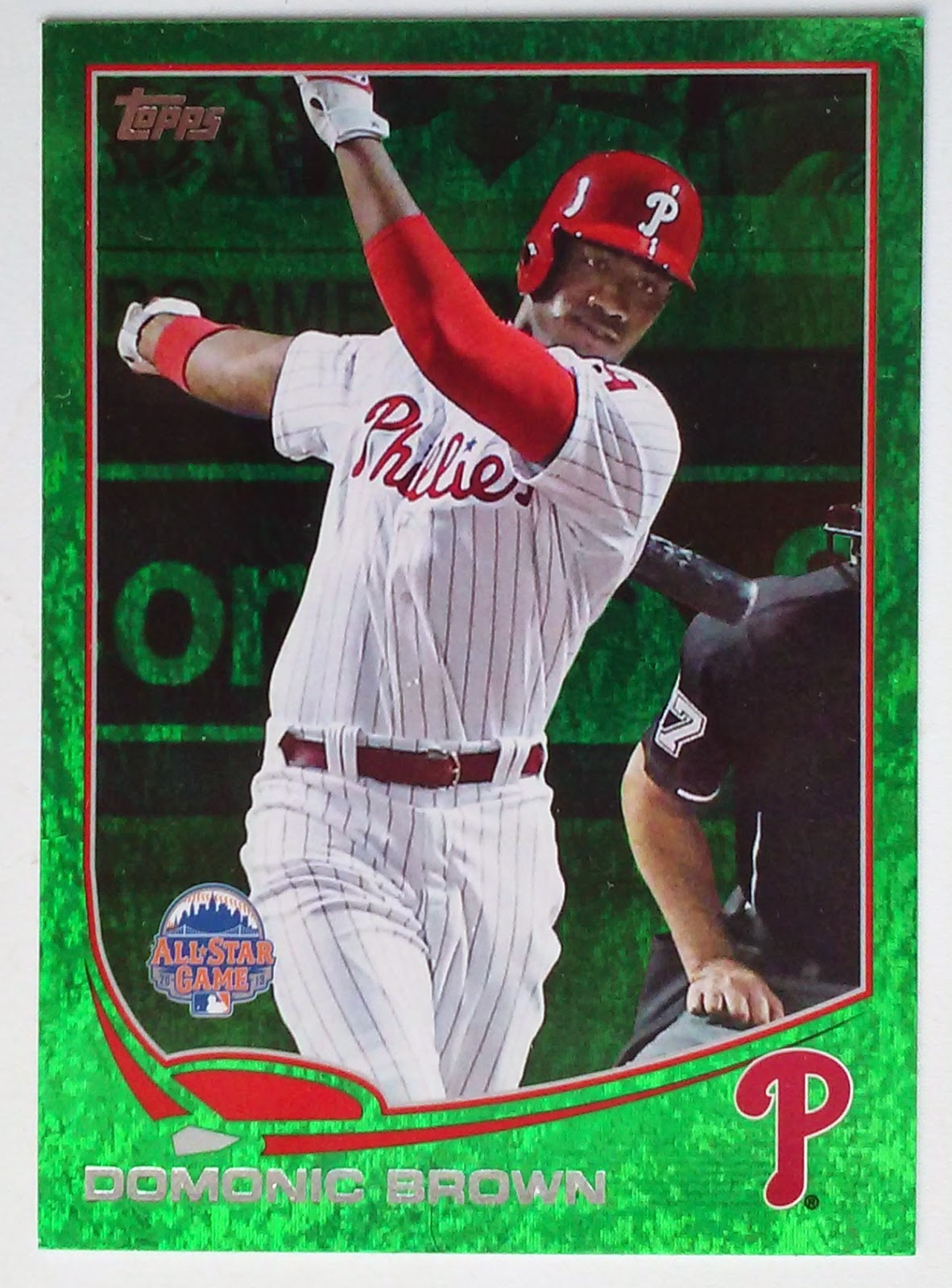 And there is your proof that despite wretched numbers a player like Domonic Brown can indeed be an All-Star and earn an All-Star card.

For a variety of reasons Dom Brown finds himself back at AAA for the start of the 2015 Season. The demotion is a pretty big statement when you consider how poor the Phillies Offense has been this year.

Dom's big month in May of 2013 earned him both a trip to the All-Star and the burden of high expectations. He hasn't come anywhere near that sort of success since. Part of Brown's issues is that he has no mentionable skill beyond hitting, He is a mediocre fielder at best and a poor runner. Therefore he has to hit to contribute, unfortunately I am not sure if that will ever happen.

E-Ballot
From what I understand this year they will not have paper ballots at games, which is probably the right thing to do, but it brings me a little sadness. I always enjoyed mindlessly punching holes in the ballots during the middle innings.

The use of e-ballots makes one wonder if it would have  been possible to include some player other than Brown on the ballot. Granted the ballots have to be done in advance, but now it is a week rather than months in advance as it was during the paper ballot era.

Of course in the Phils case the options are not very exciting, Jeff Francoeur and Grady Sizemore aren't any much more ballot-worthy than Domonic Brown.

Sources and Links
MLB
baseball-ref
Posted by deal at 8:11 PM