Bobby Abreu to represent Phillies at 2015 Hall of Fame Classic

The Hall of Fame Classic is an Alumni game played at Doubleday Field in downtown Cooperstown. 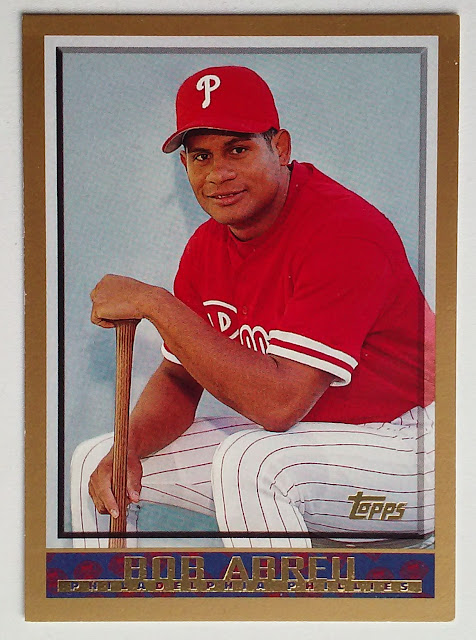 Like the Major League All-Star game the HoF Classic gathers players from each Major League Team to play in the contest. In addition to the Bobby Abreu several other Phillies Alums will be on hand representing other teams including Tony Perez, Bob Dernier, Jim Eisenreich, Aaron Rowand, Roy Oswalt, and David Delluci.

There are six Hall of Famers scheduled to be on hand for the day. The Team Captains are Ozzie Smith and Phil Niekro with Perez, Tom Glavine, Robin Yount and Rollie Fingers acting as coaches.

1998 Topps
This is the first Topps issue Bobby Abreu on a Phillies card. He was known as Bob Abreu to Topps until 2003. 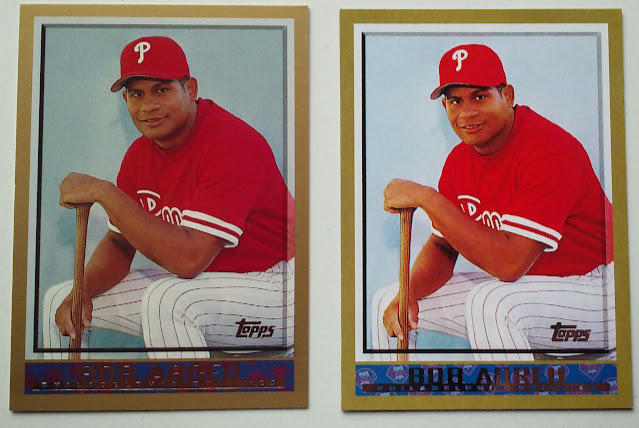 The 1998 Abreu card made the cut for the 60 Years of Topps series.  The name plate on the cards is different. The same style of Phillies logo shows up on both cards but on the 60YoT version on the riht the liberty bell is white, while on the original it is red.

The Flip side of the card mentions Roberto Clemente - I assume the connection is both are Latin American players. But they could have gone with a more direct connection of one of Clemente's countryman like Roberto Alomar, Ivan Rodriguez, or Carlos Delgado. 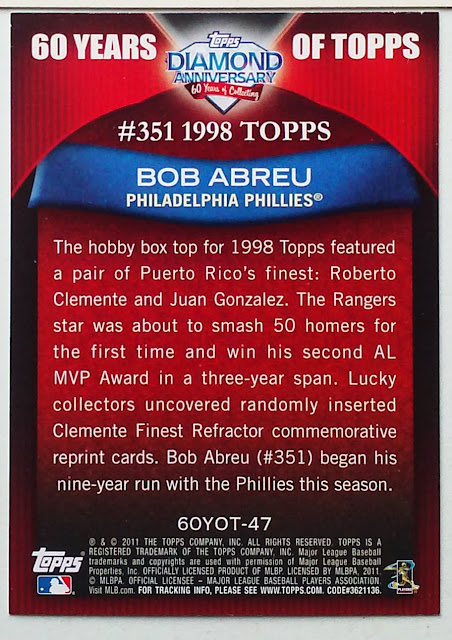 Of course my other less likely thought is that Topps mentions Roberto Clemente here because they used to call him Bob, just like they at one time referred to Bobby Abreu as Bob.

Below we have a picture of the box Top referred to in the text of the 60YoT card. 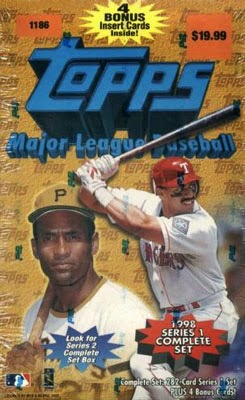