The Phillies are hosting the Pirates this week which gives an opportunity to look back at the long career of Bucos 1950s and 60s era pitcher Bob Friend. 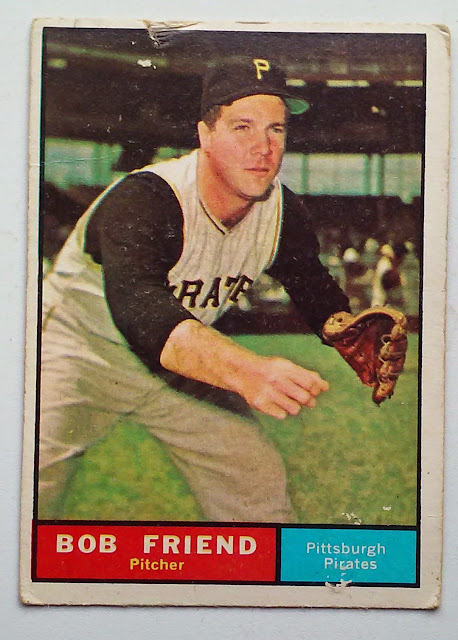 Among Pitchers who debuted in the last 100 years Bob Friend is the Pirates All-Time Leader in Wins, Strikeouts, Starts, Shutouts, Innings and WAR. Friend spent all but one of his 16 seasons with Pittsburgh including the 1960 pennant winning squad.

During his ERA Leading 1955 season Friend also led the league in WAR for pitchers, but did not get a single Cy Young vote - that was in the single CY days when the NL and AL split the award.

Post playing career Bob Friend went into politics and served as Alleghany County controller from 1967-1975. He also served as a delegate to the Republican National Convention and led fund raising efforts at the Chilren's Hospital in Pittsburgh

Bob's son Bob Jr was a golfer on the PGA tour and currently plays on the Champions Tour.

Today Bob Friend is 84 and as of 2014 he was still living in the Pittsburgh area.