It is Memorial Day Weekend and the Yankees are on Sunday Night Baseball. 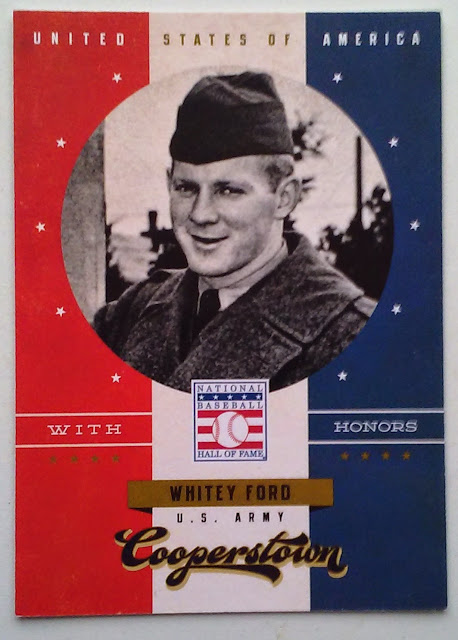 Between the vacations, barbecues and family get together it is a good time to remember the Veterans and servicemen and women who were less fortunate than Whitey Ford. 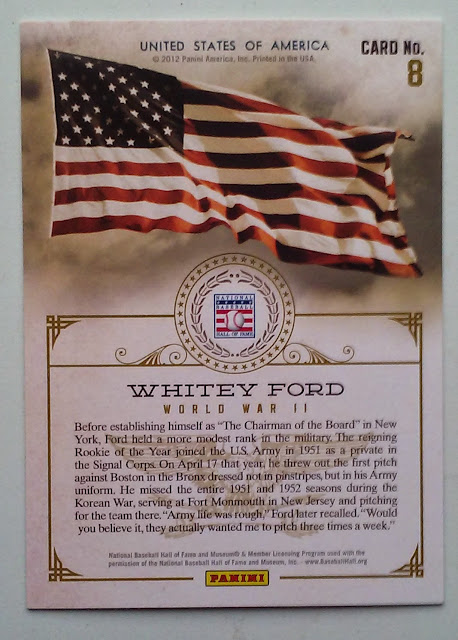 As noted on the back of his Panini card, his assignment Playing Baseball at Fort Monmouth was far less dangerous than say Ted Williams piloting fighter planes over the Pacific.

Cool fun fact on the card. Whitey Ford wore is Army uniform to throw out the ceremonial first pitch for the Yankees 1951 Opening Day game vs Boston. Now that would be a helluva shot for the the Topps First Pitch Series.