With the Phillies going through a fairly painful part of the rebuilding process one has to find other things to enjoy at the ballpark. One of the reasons I go is to see some of the opposing teams players. In the early portion of the season the Phillies have faced several pitchers that are projected to be starts.

In the current homestand the Phillies have seen Gerrit Cole and Matt Harvey. On Saturday Night they face Diamondbacks rookie Archie Bradley who was ranked #25 on Baseball America's Prospect list going into the season. 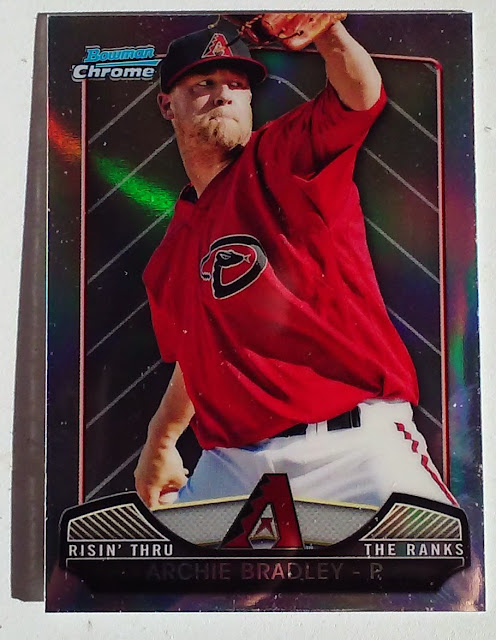 Archie Bradley was drafted #7 overall out of High School in 2011. That draft has already been pitching rich as we mentioned earlier this week in our Gerrit Cole posting. In addition to Cole, Sonny Grey and Jose Fernandez came out of that first round.

2013 Rising Thru the Ranks
RTR is a 30 card insert set for 2013 BowChro with each Major League Team represented. The checker includes plenty of players that have already made the leap to the Majors including Joc Pederson, Jorge Soler, Xander Bogaerts, Addison Russell, and Gregory Polanco. The Phillies are represented in the set by Shortstop Roman Quinn who is currently at AA Reading. 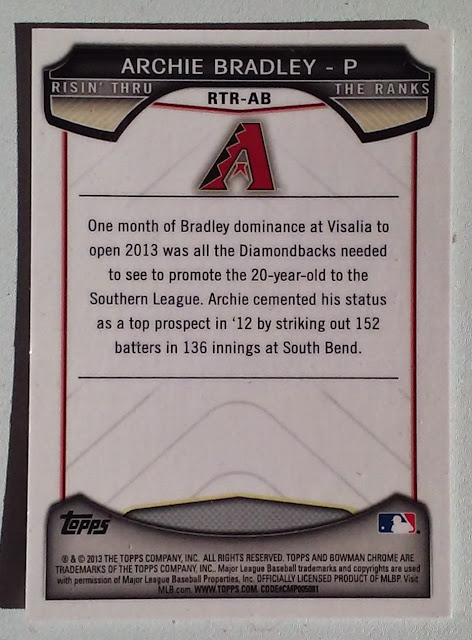 The back of each card contains a mini synopsis of the players background with no statline.